by John Donovan Nov 3, 2015
Whether they're kissing babies or attempting to throw a perfect spiral, politicians never give up trying to reach voters and change their minds. Peter Turnley/Corbis

Pity the poor politician. Constantly on the campaign trail: shaking hands, kissing babies, stumping for votes. The poor pol is nothing but a door-to-door salesperson, selling something that half the people don't want and the other half have already bought.

That's where all those carefully crafted slogans, thumb-pointing speeches and bald-faced attack ads are most important. They get voters to buy. They get people to change their minds.

Unfortunately for the poor politician, it's hard to change minds. Really, really hard.

Why Changing Minds Is So Ridiculously Difficult

"People are resistant to information that's not consistent with their current beliefs," says Michael Milburn, a professor of psychology at the University of Massachusetts, Boston, "in part because they might have to think about it. They're busy ... the kids, their jobs, whatever. The Patriots."

Many experts agree that if a person holds strong beliefs — that, say, McDonald's is better than Burger King, or that Republicans are better than Democrats — getting them over to the other side is a difficult slog. Even if the facts are on your side.

For example, Yale's Cultural Cognition Project looked at global warming (among other topics) and asked why people tend to be split on its effects when scientists largely agree on its dangers. The scholars wrote, "... scientific opinion fails to quiet societal dispute on such issues not because members of the public are unwilling to defer to experts but because culturally diverse persons tend to form opposing perceptions of what experts believe."

In other words, even when faced with facts, people tend to bend those facts to support their view rather than change their minds. Another wrinkle: Some researchers say that those who persistently try to change minds — listen up, politicians — often end up doing just the opposite. It's called the "backfire effect."

None of that keeps politicians from trying. David Straker, a change consultant, runs a website called changingminds.org.

"One of the key things is trust," Straker says. "You can use fear. Some people do. They don't want to change minds. They just want to get your vote. 'If you vote for the other side, all sorts of terrible things will happen.'

"But to the extent that you're never going to get rid of emotions, you can reduce [the emotional effect]. You want people to think."

After more than two decades of researching for his site, covering hundreds of books and studies, Straker points out three important traits that politicians, or anyone who wants to change people's minds, have to communicate. They all have to do with trust:

1. Reliability: Politicians (and anyone else trying to change minds) need to show that they are steady, that they are what they appear. Someone who is unpredictable — who flip-flops on stances or breaks promises — cannot be trusted.

2. Honesty: Successful politicians convince people of their honesty. A potential voter has to believe that what a politician is saying is true. If not, no vote.

3. Caring: Politicians have to show that they care. "People do quite a lot of at least pretending to care. So they kiss babies and so on," Straker says. But do they really? That's what politicians need to show, both by example (actively showing it by taking some political risk) and simply by showing (more passively) that they won't do any harm.

Sure, there are the tricks politicians use, too: kissing babies, shaking hands, touching elbows, using key words (America, trust, honor, flag), appealing to shared emotions, promising a brighter future, vowing to throw the bums out.

And, of course, they all keep hammering home their message. Again and again. Repetition of your message is tool No. 1 in the politician's bag.

Voters play a role in the political dance as well. Milburn points to a Princeton psychologist, Susan Fiske, who along with UCLA psychologist Shelley Taylor has called people "cognitive misers." Says Milburn: "People try to do as little thinking as possible."

Which, of course, is a problem when it comes to a democracy. Because, no matter how much politicians hammer home a point, no matter how slippery they may seem — in both what they're trying to say and how they're saying it — the responsibility of finding out what they do or don't stand for ultimately falls on the voter.

A key bloc for any politician is the so-called "undecideds," the "swing" votes. Those voters that, at least in the conventional way of thinking, should be easiest to convince. They haven't made up their minds, but they pose a problem, too.

"Typically, the people who are kind of undecided are often more what they call the 'low-information voters,'" Milburn says. "Low-information voters are typically more influenced by peripheral cues than by sort of the central route, logical arguments."

Milburn urges potential voters to try to discard the peripheral issues concerning politicians — how they look, how well they speak, where they're from, what they eat, whether they're cat or dog people — and listen to the central messages. It's true that politicians often push the peripheral messages because they're easier for voters to understand and digest and less alienating than, say, a position on Iran or immigration.

But the central messages, Milburn says, last longer and resonate more with voters. If politicians can get people to think about them (hammer that message home!) — and if people allow themselves to think about them without any preconceived bias, and not get distracted by the sideshows — everybody's getting someplace.

It's the Eye of the Tiger… and the Gator, the Deer, the Housecat 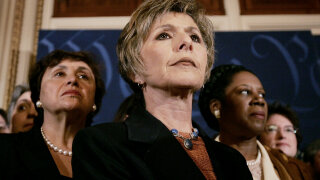 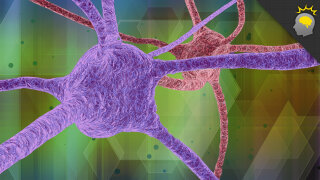 Stuff to Blow Your Mind Video: Memory is Malleable 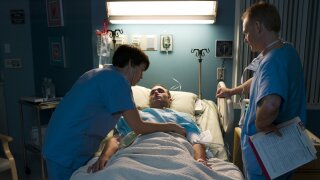 10 Things Doctors Have Reconsidered This Century