Browse the article Why Did the Harts Deliberately Drive Their Family Over a Cliff? 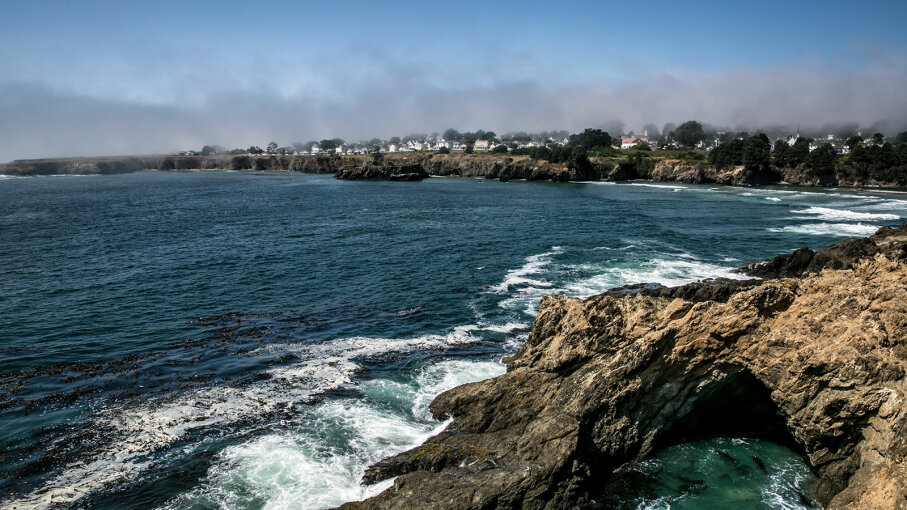 Jennifer and Sarah Hart deliberately drove their family off a cliff in Mendocino County, California like this one. Nobody survived. George Rose/Getty Images

On March 26, 2018, police discovered the bodies of Jennifer and Sarah Hart and three of their six children at the base of a cliff in California's Mendocino County. The family's SUV appeared to have been driven off the cliff on purpose and lay upside down, smashed upon the rocks. There was no sign of the couple's three other kids.

The back-story to this tragedy is discussed in the new serial podcast "Broken Harts," a co-production of HowStuffWorks.com and Glamour magazine. Glamour books editor Elisabeth Egan and features director Justine Harman are the co-hosts of this eight-episode podcast.

"Glamour had this really amazing story about the Hart family at a time when other publications had shied away from it after the initial news of the tragedy," Jason Hoch, executive producer of the podcast, says via email. "Glamour spent eight months investigating the case and we felt our combined efforts to tell this story across print, digital and audio would give the audience something about this case they had never before heard."

What news reports said at the time was that the Harts, a white married lesbian couple, adopted two sets of black, biological siblings: Markis, Hannah, Devonte, Abigail, Jeremiah and Sierra. Social media posts depicted a happy, loving family. But their neighbors in Woodland, Washington, where they last lived, never saw the home-schooled kids outside.

The children had reached out to teachers, neighbors and a social worker over the years, complaining of being physically abused and even being denied food. They also spoke of racist behavior by their mothers. But while Sarah Hart once pled guilty to misdemeanor domestic assault charges when the family lived in Minnesota, by the time Washington state authorities became involved, the family was dead.

Jen Hart was the one driving the SUV on the night it flew off the cliff. She had been drinking. Sarah Hart and two of the children found dead at the scene had diphenhydramine (an antihistamine that can cause drowsiness) in their systems. There were no skid marks at the top of the 100-foot (30-meter) cliff, and the vehicle's computer showed Jen Hart had stopped the vehicle 70 feet (21 meters) from the cliff, then accelerated.

"I've talked to lots of people about this show, and I get almost the same reaction every time I tell them about it," says Hoch. "They remember when [the crash] happened, how awful and tragic it was, but they don't really know anything more about it."

It's curious, for example, that the very-private Harts enjoyed some very public moments, such as the time son Devonte Hart was photographed hugging a white police officer in riot gear during a Black Lives Matter protest following the fatal shooting of an unarmed black teen by a white officer in Ferguson, Missouri. The photo went viral.

It was Devonte, plus his sisters Hannah and Sierra, whose bodies weren't at the crash scene. Sierra's was eventually recovered in the Pacific Ocean, and Hannah's remains were later found. Devonte remains missing. Authorities say he is presumed dead, but others pray he managed to escape.

In April 2019, a coroner's jury unanimously ruled that the Harts deliberately intended to kill themselves and their children. While Jen was driving the car drunk, Sarah was searching the internet for various ways to die.

So what happened to the Hart family to bring them to the point of this tragedy? To find out, subscribe to the Broken Harts podcast.