Browse the article Why are most mass murderers men? 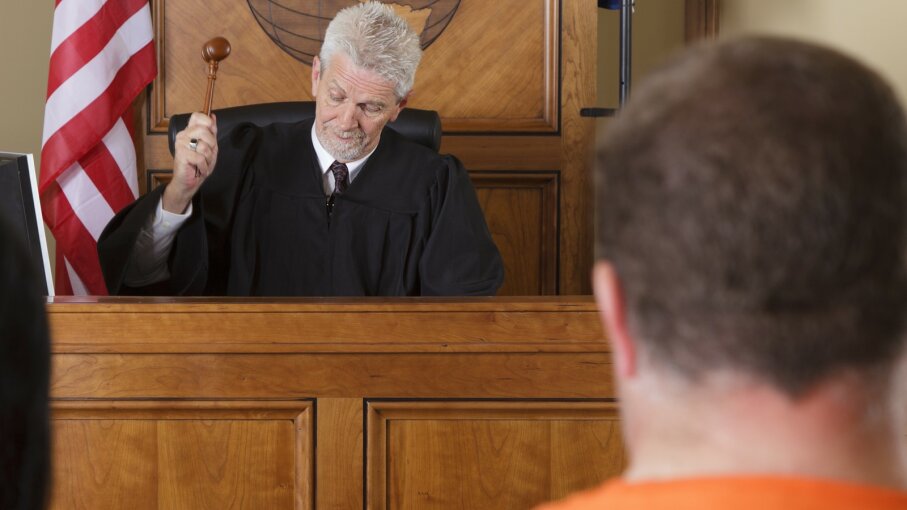 When it comes to U.S. gun violence that kills four or more people in a single incident, males have a lock on it. When you change those violent parameters slightly however, more women begin to enter the picture. Rich Legg/Getty Images

When we think of "mass murderers" our minds might zip right to a lone person armed with a gun and bent on mass destruction. That's probably because the FBI defines a mass murder as four or more slayings occurring from the same incident. We've also become used to "mass murder" equaling a mass shooting, so we're limiting our definition to fit a more stereotypical male pattern [source: FBI].

Since 1982, there have been 62 mass shootings in America, one of which was carried out by a woman [sources: Follman, Aronsen, Pan]. Jennifer San Marco, who shot a neighbor and six coworkers in 2006, is the only woman who fits that description. It's far too easy to hear a statistic like this and jump to the conclusion that women committing -- or attempting -- mass murder is unheard of.

But by limiting our definition to gun violence that kills four or more people, we're not reporting on some of the story. When we talk about the current spate of mass shooters someone like Andrea Yates (who systematically drowned her five children) isn't included. Or Priscilla Joyce Ford, a delusional schizophrenic who, in 1980, used her vehicle to run over and kill seven people, injuring 22. Or Amy Bishop, a neuroscientist who shot six colleagues in 2006, killing three. Bishop belongs in the same category as Sylvia Seegrist, who shot and killed three people in a mall while injuring seven others: They aren't considered mass murderers because of the number of fatalities, but it can be assumed that they intended to cause larger-scale injury.

So before we delve into why men are most often mass murderers, we should acknowledge that women have engaged in behavior that might not fit our idea of a lone gunman but that does show the capability for aggressive, criminal acts.

Now let's take a look at how gender -- biological and constructed -- might play a role in mass murder specifically.

Testosterone and Video Games: The Best Theories We Have? 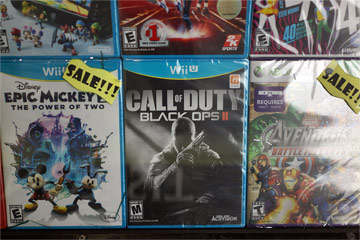 "Call of Duty Black Ops 2" sits in the window of a Brooklyn store on Jan. 11, 2013, in New York City. Following the Newtown shootings, numerous politicians and activists focused again on violence in video games and films.
Spencer Platt/Getty Images

Now that we've acknowledged that women can engage in violent behavior, let's not beat around the bush: A majority of violence, both mass and otherwise, is committed by men. (Especially if you bring war and politics into the issue, which might not fit in this article but is worth pondering.)

When you consider that between 1980 and 2008, 90 percent of those who committed homicide were men and males were nine times more likely to offend, it could strike you as less shocking that men committed nearly all mass murders. They seem to be the ones committing crimes, period [source: Cooper and Smith]. (Which might make it all the more shocking that historically there have been only two crimes committed equally as often by women: murdering their own children and shoplifting [source: Lithwick].)

Are men biologically wired to be more impulsive or aggressive? It seems silly to say that men are inherently violent, but there are some natural factors that we should consider. Men are stronger -- that could mean that in a mass killing setting, they'd be more likely to overpower any challenger and less likely to be stymied. So while that doesn't mean they're more likely to plot mass killing, it might lead back to our examples of violent women who stopped before more people were hurt.

A popular myth is that higher levels of testosterone lead to aggression, which might explain why males are more likely to commit mass murders. However, studies point to the fact that violence might lead to testosterone, not the other way around. Testosterone might be used to prepare the body for aggression (and not initiate it) in both men and women [source: Mims]. And to prove once again that nature might just need a helping hand from nurture, one researcher points out one way to absolutely raise a man's testosterone level: hand him a gun [source: Mims]. (The 2006 study that drew this conclusion only included male participants.)

That brings us to another very interesting juncture: For both biological and societal reasons men might commit more violence. A study at Iowa State University determined that video game exposure does, in fact, cause a physiological response in the body. Video game players were less physiologically aroused by real-life violence, and the results were all fairly standard across participants [source: Carnagey, Anderson and Bushman].

But, of course, a caveat: This showed all individuals were desensitized to violence after video game exposure, not just males -- or not just some males. While there might be an argument that men or boys play more video games and thus are more widely becoming inured to real-life violence, that certainly can't explain why some of them turn into mass murderers.

Is It a Man's World?

When studying gender roles, you'll come across the term "hegemonic masculinity" quite a bit. It's a concept of masculinity that says our society and gender roles are designed to ensure male power over subordinate females, and it applies to our discussion of male violence.

One theory about why men commit mass murder more often than women is that they're trying to regain power after an episode or pattern of losing dominance over their lives. To assert their masculine identity, these men resort to violence and aggression, stereotypical "male" domains [source: Kennedy-Kollar and Charles].

As you might predict, this theory is loaded. But at its core, it does address some of the characteristics that are often observed in mass murderers. Many feel they've been personally humiliated by the people around them and see others to blame for their failures. And it doesn't necessarily mean that women are to blame; simply that they have suffered degradations and disappointments that have led them to try to reaffirm a strong, masculine identity.

For a less conceptual theory, let's discuss mental health. It might not be a coincidence that women are diagnosed with depression more than men, but many mass murderers displayed signs of depression that were ignored [source: Crocker]. Why would young men be less likely to receive help for mental illness?

It might go back to our high-concept ideas about hegemonic masculinity. It's possible that women are diagnosed and treated more for depression simply because we think it's, well, weirder for a woman to be isolated, angry or lethargic. Not to mention the fact that some signs of depression in males don't necessarily fit the "traditional" (or Freudian) symptoms of depression. Depression was classically seen as a disease of fatigue or sadness, but we now know that it can also manifest itself through violence, impulsive behavior or risk-taking [source: Crocker].

So it could be that mass murderers are overwhelmingly male simply because we give more mental health attention to women who are "loners," "eccentric" or "bizarre." It's easy to say we're "ignoring the warning signs" in these male mass murderers, but the truth may be that as a culture we're simply less tolerant to women outside the norm of acceptable behavior, and we don't see men as "needing" help.

Author's Note: Why are most mass murderers men?

This is nearly an impossible article to write; no one knows why men are more inclined to commit large-scale acts of murder. Any ideas are just that: ideas. So while we've discussed a couple here (lack of mental health attention, a need to define their masculine place in a society they feel has wronged them), there's no pat answer at this point.