by John Perritano May 19, 2017
According to the United States Sentencing Commission, Hispanics and African-Americans bear the brunt of mandatory sentences. Erika Kyte/Getty Images

With only nine police officers at his disposal, Maxwell Jackson, police chief of Harrisville, Utah, says he needs all the help he can get to combat the drug trade in his tiny corner of America.

Harrisville's proximity to Interstate 15, just north of Ogden, Utah, makes the town a ripe target for drug traffickers whose crimes often rise to the level of federal prosecution. About 10 years or so ago, crystal meth was the drug du jour in Harrisville. These days it's heroin and opioids.

So, when U.S. Attorney General Jeff Sessions sent a memo on May 10, 2017, to federal prosecutors telling them to charge federal defendants with crimes that carry the most severe penalties, Jackson applauded. Sessions' directive reversed the policy of President Barack Obama's Justice Department whose prosecutors avoided charging certain defendants with offenses that would trigger long mandatory minimum sentences.

Jackson knows the issue well. He testified before the United States Sentencing Commission in 2010 telling the bipartisan group that "minimum mandatory sentences removes [the] most extreme offenders from society for long periods of time." Plus, the chief said, mandatory minimums are an important crime-fighting tool.

"The threat of minimum sentencing is huge," Jackson says. "Prosecutors use it as leverage to get people to plead to [lesser] state charges instead of the [higher] federal charges. If a defendant is looking at a 15-year mandatory sentence, he'll probably roll on someone who is a bigger fish. Ninety percent of them will roll."

Netting a "bigger fish" is one of the main reasons many in law enforcement, including the National Association of Assistant United States Attorneys, welcome Session's new get-tough-on-crime directive. Yet, opponents say the assumption that a defendant will "roll" on a "bigger fish" is nothing more than a red herring. Researchers say the number of cases where a defendant's cooperation is sought in mandatory minimum cases is on par with other federal crimes.

Sessions' memo, which he said returns "the enforcement of laws as passed by Congress," reignited the decades-old debate of whether mandatory minimum sentences are good for society. Politicians and law enforcement personnel from both ends of the political spectrum have long supported mandatory minimums. In their views, the rules not only punish the convicted, but keep them from committing more crimes. They also believe that mandatory minimums have a deterrent effect that stops others from committing similar crimes.

However, opponents say mandatory sentences do more harm than good. Harsh sentencing has added to already overcrowded prisons and negatively impacts the families of the convicted and society writ large. Specifically, the laws unfairly and disproportionately impact minorities, while failing to reduce crime and costing taxpayers substantially.

"There is no credible evidence that the enactment or implementation of [mandatory] sentences has significant deterrent effects," University of Minnesota Law School professor Michael Tonry wrote in the journal Crime and Justice in 2009. "But there is massive evidence ... that mandatory minimums ... produce injustices in many cases; and result in wide unwarranted disparities in the handling of similar cases. The weight of the evidence clearly shows that enactment of mandatory penalties has either no demonstrable marginal deterrent effects or short-term effects that rapidly waste away."

Back in the 1980s and into the 1990s, Congress increased criminal penalties for federal drug offenders and other criminals. Lawmakers were reacting to the public outcry over an explosion in drug-related crime. By 2010, 80 percent of drug offenders in federal lockups were there because they were convicted under the minimum penalty rules. But by 2014, drug offenses had fallen to 67.8 percent of the 16,048 offenders who were convicted of crimes with a mandatory minimum penalty — that decline was due in part to the regulations put in part by the Obama administration. Even still, as of today, there are more than 95,000 inmates serving time for drug-related offenses in federal prisons. In 1980, there were only 5,000.

Critics say the minimum sentencing requirements tie the hands of judges and makes it impossible for them to impose more lenient sentences, even if they think the punishment does not fit the crime. Critics also charge that prosecutors, who have wide latitude in deciding what charges to file, often stand to benefit professionally by winning convictions that carry longer sentences. But that's only a truncated version of what is wrong with mandatory sentencing. Consider these numbers:

Chief Jackson and others in law enforcement understand the guidelines are flawed. He'd like to see reforms implemented, that among other things, provide a "safety valve" for "miscarriages of justice."

"I recognize there are circumstances where there are people in the system that shouldn't be there," the chief says. "That's not where they belong. But, minimum sentencing laws gives law enforcement leverage to [arrest someone higher in] the food chain. Most people [serving long sentences] are highly deserving of the honor."

Now That's Interesting
According to research conducted by the Pew Charitable Trusts, while the average amount of time that released violent and property crime offenders spent behind bars grew from 39 to 44 percent from 1988 to 2012, the time drug offenders spent in prison increased 153 percent from 23.2 to 58.6 months.

Extreme Sports Athletes Crave the Reward, Not the Risk

The Real Winners at Some Awards Shows Are the Promoters 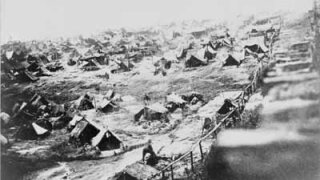 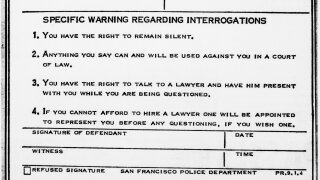 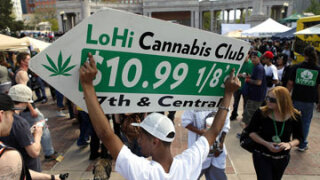