by Kate Kershner Apr 24, 2017
The statue of Jefferson Davis, pictured, is one of four Confederate monuments that New Orleans city officials plan to take down. Davis was the president of the Confederate states during the Civil War. Ben Depp for The Washington Post via Getty Images

While many forms of artwork are polarizing, nothing matches the kind of heat that public art can produce. From the Vietnam Veterans' Memorial to the Ten Commandments, art created to edify or celebrate a community often finds rabid detractors and zealous sympathizers. The American South has a particularly ginger relationship with public art, as relics (or memorials) to the Confederacy abound — and offend.

Which is why New Orleans city officials decided to treat their public art removal as a nearly clandestine operation. The city has chosen to remove four statues from public spaces: three were statues of famous Confederates (Robert E. Lee, Jefferson Davis and P.G.T. Beauregard), while the fourth, known as the Battle of Liberty Place obelisk, highlighted a group of whites who battled integration in New Orleans a decade after the Civil War. That one was the first to go.

A plaque from the Battle of Liberty Place obelisk, which was removed from New Orleans public space on April 24, 2017.
THOMAS WATKINS/AFP/Getty Images

As you might guess, the removals have generated some serious controversy. Those who wanted the statues to stay collected 31,000 signatures and held vigils, citing both a connection to the past and historical importance as reasons to keep the statues.

Indeed, the outrage on both sides became so heated that when the first statue was removed on April 24, it was in the wee hours of the morning, without warning, by workers wearing flak jackets, helmets and scarves to protect their safety and identities. Police also had cordoned off the streets and positioned snipers on a nearby parking deck, writes Beau Evans for Nola.com.

Because of the sensitive nature of the removals, Mayor Mitch Landrieu's office won't provide any details about when (or how) the other three statues will be removed. It did note that private funding was paying for all of the statues' relocations, potentially to museums or other facilities.

Now That's Interesting
While many would argue that removing offensive material is a whole different beast, history is rife with examples of those in power attempting to erase public statues, artwork, photographs — and sometimes mere mention — of defeated foes, or those out of favor. In 2011, an Egyptian court ordered that former president Hosni Mubarak's image and name (along with his wife's) be removed from all public spaces.

Naked Mole Rats Survive Without Oxygen by Turning Into Plants 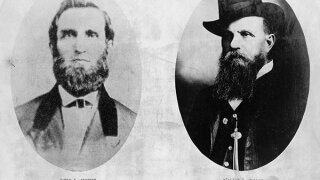 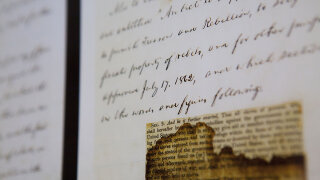 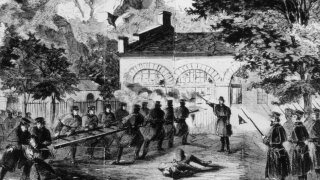