Browse the article When One American's 'News' Is Another's 'Propaganda' 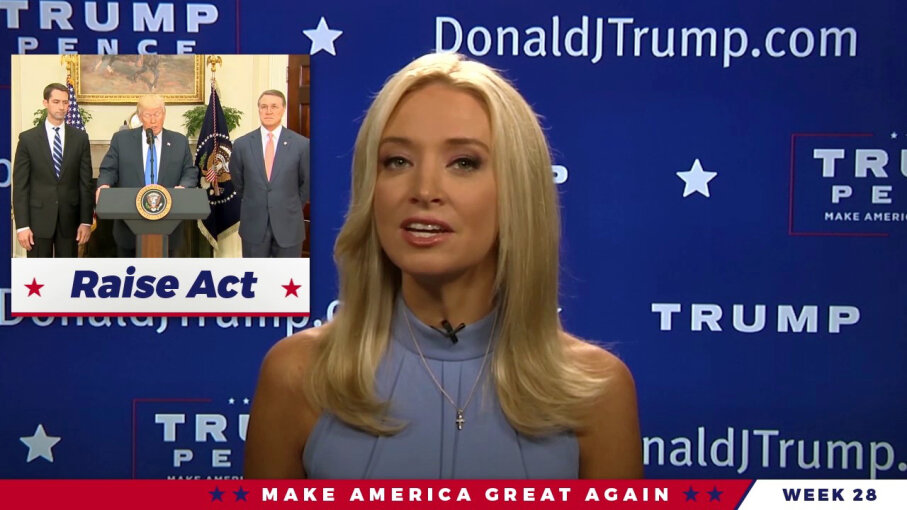 We live in a confusing media world. The news used to be something you read in a printed newspaper, or what the guy on TV with good hair talked about at 5 o'clock every weeknight. Whether you thought the news of the day was "good" or "bad" didn't change the fact that it was still the news — something we all agreed was important, impartial and in most cases, true.

Not anymore. Thanks to deep political polarization and an explosion of news(ish) content shared on social media, whether a news item is "real" or "fake" is now mostly a matter of personal opinion. If the news fits our preconceived political notions, then it's real. Otherwise, it's biased, crooked, conspiratorial or even "Soviet-style propaganda."

That last label is how some critics on Twitter described a video posted on Aug. 6 on the Facebook page for Donald J. Trump, and his organization that's campaigning (yes, already) for President Trump's re-election in 2020.

In the one-and-a-half-minute video, a former CNN commentator named Kayleigh McEnany shares the "News of the Week" from Trump Tower in New York City. The news is unabashedly good — McEnany cites a positive job report, an immigration bill and the president honoring veterans — and delivered with all the trappings of a cable TV news broadcast, including over-the-shoulder graphics and b-roll footage.

Upon closer inspection, there are some clear signs that the video is part of a political campaign and not an unbiased report. For starters, McEnany is sitting in front of a blue backdrop plastered with ads for DonaldJTrump.com, the president's campaign website, and there's the familiar logo for "Trump - Pence: Make America Great Again."

Still, by using a recognizable TV personality and surrounding her with cable TV-style graphics, the Trump campaign was clearly trying to position the video as a news broadcast. Not just any news broadcast, of course, but the "real news," as opposed to the "fake news" printed in The New York Times and other "main stream media." McEnany even signs off by saying, "And that's the real news," with a "Real News" caption over her shoulder.

While comparisons between the McEnany video and state-run media broadcasts are probably overblown — under the video is a caption that says "Paid for by Donald J. Trump for President, Inc." — it's fair to ask whether a campaign video on Facebook dressed up as a cable news broadcast represents a new type of threat to conventional news outlets.

Chris Wells, associate professor in the School of Journalism & Mass Communication at the University of Wisconsin-Madison, sees the video as a continuation of Trump's communication style, which uses social media — Twitter in particular — to bypass traditional media gatekeepers.

"[The McEnany video] seems like another small, yet still concerning step," Wells says. "It feeds the narrative that the 'fake news' or 'liberal news media' aren't giving you the real story. In the past, it was Fox News or conservative radio that was going to set the record straight for you. This seems like a more direct channel for the Trump campaign to do that."

Wells compares the McEnany video to Trump's unorthodox and ongoing "Make America Great Again" rallies — "campaign rallies without a campaign," Wells calls them — in which a sitting president takes his message of success directly to his supporters. The video is employing the same tactic on social media.

One might argue that there's nothing confusing or dangerous about the McEnany video because it's posted on the Facebook page of Donald J. Trump, so anyone viewing it there would understand its political motives, whether they're on the right or left. In fact, just a week earlier, Trump's daughter-in-law Lara Trump hosted a similar "news of the week"-style video in front of the very same blue backdrop, minus the cool graphics.

But Stephanie Edgerly at Northwestern University's Medill School of Journalism says the trouble starts when a video is shared on Facebook or Twitter, and loses its original context.

"You see [the video] shared on your news feed in the same way that you'd see a story from The New York Times, or your aunt's photos from her latest trip," Edgerly says. "It almost equalizes all these very different types of information, which makes these judgment calls harder to make."

Even though Facebook was fiercely criticized for helping to spread fake news stories during the 2016 election season, neither Edgerly nor Wells thinks that the social media website has a responsibility to "police" content. The job of parsing fact from fiction, or news from campaign rhetoric, is very much the responsibility of the information consumers. In other words, you and me.

"The unfortunate reality of the media world we're living in right now is that you have to be more critical consumers," Edgerly says. "You have to wear your skeptical glasses. 'Is this a news organization? Is it a campaign page? If I Google this headline, what else comes up?' If the expectation is, 'Facebook checks everything and deletes things that are false,' then I worry that people will stop doing that."

Now That's Not Cool
As an example of how online videos lose context when shared on social media, Edgerly says that many people who "like" and share videos from RT think the abbreviation stands for "retweet," not Russia Today.