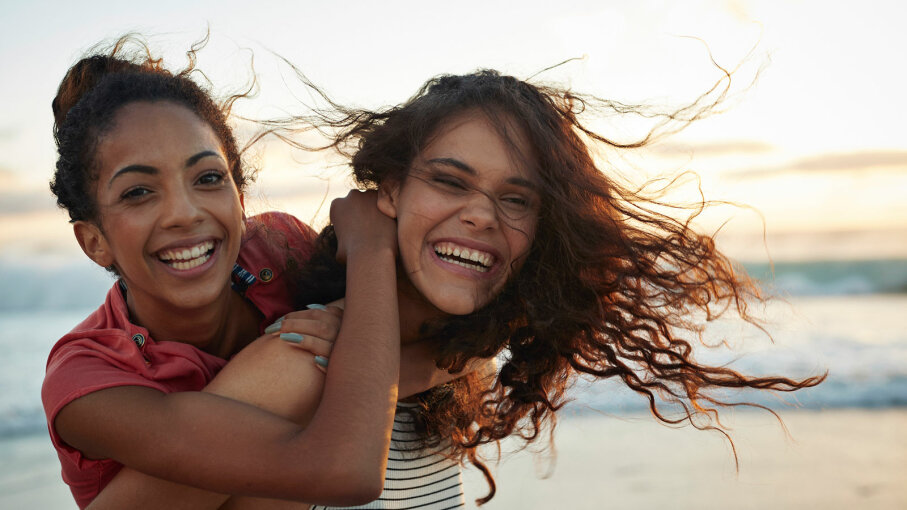 Studies have shown that having friends can actually prolong your life. Klaus Vedfelt/Getty Images

For all the attention we pay to love stories, some of the most compelling tales (both fiction and not) are those of very best friends, like Thelma and Louise, Woody and Buzz and even Captain Kirk and Spock. No matter what, these besties had each other's backs through thick and thin, despite so many bumps in the road along the way. But, much like romance, if you've ever tried to make a new friend and things just didn't click, it's likely because one of the basic components of friendship simply wasn't there.

"Friendships are relationships that involve two very critical dimensions – interdependence and voluntary participation," explains Northern Illinois University psychologist and friendship expert Dr. Suzanne Degges-White in an email interview. As anyone who's ever been in a friendship knows, it's a complex process and experience. "True friendships are hallmarked by each member's desire to engage with the other – it's about mutual interest in one another's experiences and thoughts, as well as a sense of 'belongingness' and connection," she says. "Friendships require reciprocity – of admiration, respect, trust, and emotional and instrumental support."

That's all well and good, but if a potential new friend doesn't see the same joyous charms in you, it's unlikely that anything deep and lasting will come of it. That said, there's no telling when and where a friendship will develop. Often, they arise from a shared interest or hobby, and people are typically drawn together because they're in the same stage of life, like new parents or retirees. People of similar backgrounds and cultures also tend to come together by bonding over shared lifelong experiences. Although most of these relationships take time to get really deep, occasionally friendship is more like a lightning strike. "Sometimes you can be in a big group of new people and you catch someone's eye and it's like 'boom!' – instant friendship," Degges-White says about an experience she's termed the "clicking phenomenon." "It's kind of like that burst of 'love at first sight,' but it's a friendship, not romance."

Indeed, quality friendships are extremely important to our general happiness. A 2017 study in the journal Personal Relationships found that the presence of strong friendships is actually more indicative of overall health and happiness in old age than even family involvement and support! The benefits of friendship in general, however, are lifelong. Research has shown that people with good friends often feel happier, less stressed and more like they belong than those without. Having a strong network of buddies also increases self-confidence, plus they provide much-needed emotional support during trying times, like illness, loss of a loved one or divorce [source: Mayo Clinic Staff].

In other words, friendship is wonderful, and much ink has been spilled in citing the virtues of having friends. That's not to say friendship is easy, though. It demands time and effort, and it requires that people put someone other than themselves first sometimes. But in exchange for that work, a friend can provide an immense amount of support and comfort in good times and in bad. Keep reading to learn more about the various types of friendship.

What Are the Different Types of Friends? 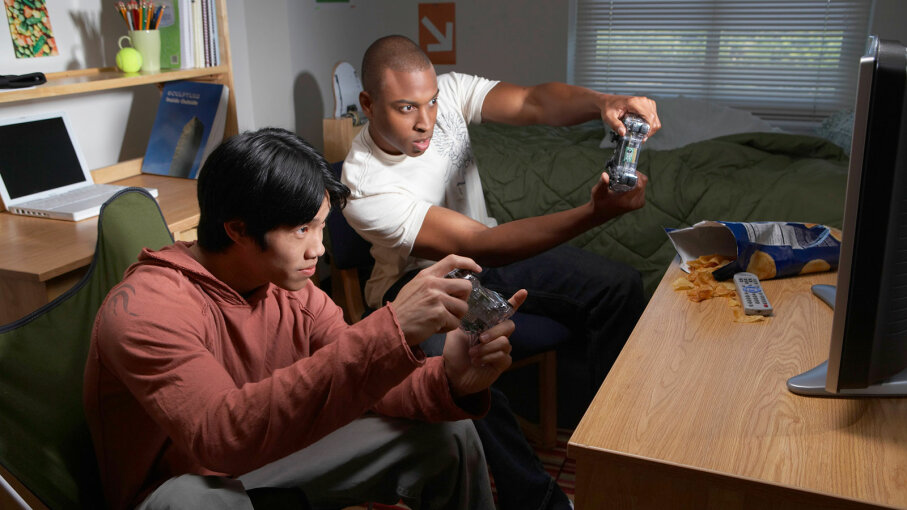 Again, rarely does a person go from virtual stranger to insta-bestie. "Friendships develop as each person reveals a little bit more about herself and the 'friend-in-the-making' matches the self-disclosure with disclosures of her own. It's how trust is built between people – through mutual sharing of increasingly intimate or personal information," says Degges-White. In fact, research has revealed that it takes about 50 hours' worth of face time for a mere acquaintance to become a casual friend, then 90 hours to upgrade to the status of a standard friend. Then, it takes about 200 additional hours of interaction for a "close friendship" to develop! [source: Hellman].

Before we get into the nitty-gritty of the types of individual friends, it's important to note that we as individuals prefer different types of social structures, according to research published in a 2016 issue of the journal Contexts. Tight-knitters tend to maintain a dense social network where everyone is friends with each other; whereas compartmentalizers have multiple cluster groups of friends, which often hail from different time periods in their life or serve different functions, like advice or entertainment. Samplers have one-on-one friendships, but steer clear of groups [source: Wang].

According to Degges-White, there are four core types of friendship: acquaintance, friend, close friend and best friend. "The level of friendship deepens as the level of reciprocity and mutual respect and affection grow," she explains. Acquaintances are easy enough to categorize. They're the people who aren't complete strangers, who you run into regularly at a place like the coffee shop or work cafeteria, but you don't really know. "They are people we know well enough to make small talk with on a regular basis, but not really people we'd invite to a dinner party or call on if we needed assistance," she says.

By contrast, standard-issue "friends" are those that we try to run into or mix with. "The women that you share carpool duties with for kids' sports and that you usually hang out with or spend time with at the games, for instance. Or people that are your 'crowd' and the ones that you tend to socialize with on a regular basis," she explains.

These buddies are certainly valuable, but when the going gets rough you're more likely to reach out to a "close friend" for help or support. They're also the people you trade secrets with. Degges-White elaborates: "There's not just a strong level of trust between these friends, there's also a whole lot of unconditional regard and affinity. You may not like a close friend's choices, but you'd defend her right to make them."

Last but not least is the truly few and far between phenomenon of the "best friend." "Best friends are the rarest type of friend and the kind of friend that we all need to have in our lives. It's the friend who gets you without you having to explain yourself. It's the type of friend who loves you no matter what," Degges-White says. And they're not necessarily people you talk to every day. "You might go weeks or months without connecting, but when you do re-connect, it's as if no time has passed at all. These friendships are different in their ability to flex and endure even if life temporarily gets in the way. These are 'heart-to-heart' or 'soul friends' and they can give you comfort even if you're out of touch with this friend."

It's important to note that in today's social media-heavy society, people often get confused about their friend status. "The process of actually 'making true friends' hasn't changed! What has changed is the blanket labeling of acquaintances, acquaintances of acquaintances, and close friends all with the same title, 'friend,' Degges-White says. "All of the followers, FB friends, etc. are not all going to even be 'true friend candidates,' as you probably have little in common, seldom (if ever) even see them in person, and probably couldn't call on them for much in the way of support."

Sometimes, even seemingly true friendships can go sour. Keep reading to learn more about the signs of a toxic friendship, and how to take action. 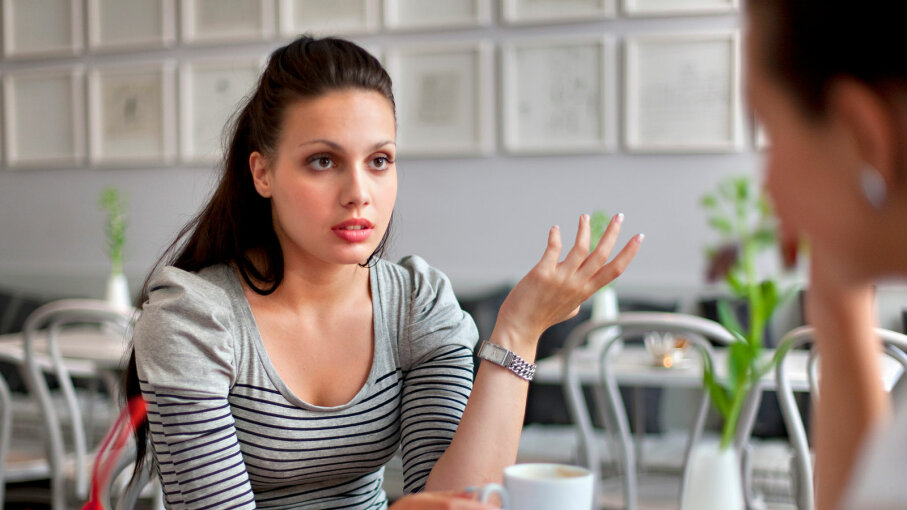 If you feel a friend is becoming more of a frenemy, it may be worth trying to talk to her about it before giving up completely. Henglein and Steets/Getty Images

There are a bunch of versions of a wise, old saying that there are three types of friends – friends for a reason (you lived next door to each other growing up), friends for a season (high school, college, new parenthood) and friends for a lifetime. Sometimes, the season of life passes and friends fall out of touch due to no particular problem. Occasionally, however, a once healthy friendship turns toxic. There are six common signs that the so-called friendship is less than stellar, according to Degges-White:

Not all friendships are worth fighting for. "When you feel like a relationship is holding you back or dragging you under, it is definitely okay to let that friendship go," Degges-White notes. "The beautiful thing about friendships is that they are voluntary relationships – and if you're no longer finding it worth the investment, you have the option to let the relationship go."

If, however, you still think the relationship holds value, it's perfectly fine to try and repair it. Degges-White advises people in this situation to abide by some ground rules, however. First, be up front that you want to talk to the person about the friendship. "No one likes having this kind of conversation 'sprung on them,' so give your friend some advance notice," she says. Also, have the talk on neutral ground, even a public place like a park or coffee shop, so that it'll be less likely to become overly emotional or angry in nature. It's also advised to address the issues using "I statements." For instance, don't say, "You always put down my suggestions." Instead say, "When you disregard my suggestions, I feel hurt or unvalued."

"It's important that you focus on how YOU are feeling or what YOU are thinking in response to her behavior," Degges-White explains. Be sure to listen carefully to her responses to your concerns. She might have been completely clueless about her actions, or she might have valid concerns of her own to discuss with you.

Next, try to figure out a compromise you can both be happy with. "Unfortunately, some people believe that a compromise means a lose/lose situation because each person has to concede something," Degges-White says, "While this is true, every healthy relationship usually involves compromise and adjusting to others' needs or wants. Friendships are no different – for a relationship to thrive, it really takes two to make it work. Be willing to 'give a little' in order to allow your friend to 'get a little.'"

Who knows? With a little effort on both parts maybe you can turn things around, and in the words of the immortal Golden Girls theme song, perhaps he/she will "thank you for being a friend."