Browse the article Beyond Books: Check Out the Weird Stuff You Can Check Out at America’s Libraries 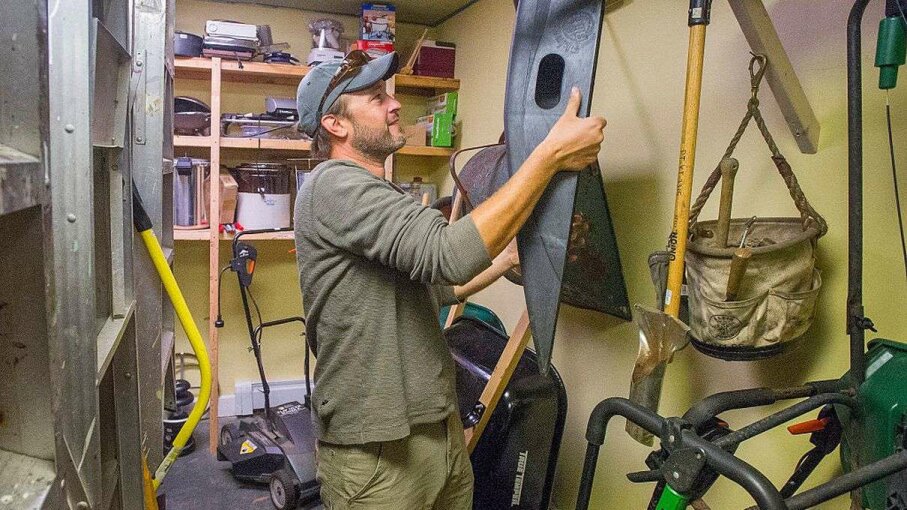 At the Portland, Maine library, Chris Wall examines a set of car ramps to change the oil in his car. Wall and his wife had just returned a cider mill to the library. John Ewing/Portland Press Herald via Getty Images

A public library is a beautiful thing. Open to everyone, free to join, a repository of literature, history, science and current events — is there a more noble and egalitarian institution?

And that's just the books! All across America, public libraries are expanding their services and holdings to meet the shifting needs of their communities. Today, every public library has computers with Internet access. You can borrow DVDs and music CDs from most libraries, and many even lend out laptops and e-readers.

But there are a few truly exceptional public libraries that go a step farther.

Josie Parker is director of the Ann Arbor District Library (AADL) in Ann Arbor, Michigan. At five AADL branches across the city, citizens can not only borrow books and DVDs, but also a metal detector, a detailed model of the human brain,  a spinning wheel, an HD Wacom tablet, a portable disc golf basket, or a Moog Theremini. That last one costs around $300 new. In Ann Arbor, you check it out with your library card for free.

“The library has had different unique items in its collection for now close to 40 years,” Parker reports. It started with framed art posters, which library patrons could borrow to brighten up their walls. “Those were considered expensive in their time. But they went out and they came back, and what you find is that people take pretty good care of things they borrow for the library.”

When Parker became library director 13 years ago, her only question was, what other kinds of unusual items can they lend out next?

“What we decided to do was limit our scope to those things that someone might want to use occasionally, but wouldn't want to necessarily buy, or couldn't buy,” says Parker. “A telescope, for example. A family might not want to have one sitting in the basement all the time, only to take it out a couple times a year to look at the stars. But what if we were able to circulate them?”

Parker and her staff started out by buying a couple of telescopes and microscopes, which flew off the shelves (and were promptly returned, of course). Next the library decided to stock specialized music tools like guitar effects pedals, synthesizers, samplers and electronic instruments to serve Ann Arbor's thriving music community.

The science tools on loan from AADL are scooped up by middle school teachers and homeschoolers. The art tools are borrowed by seasoned crafters and mini-makers. None of the items require private funding or government grants to purchase, says Parker. The library — which earned the only 5-star ranking in Michigan in 2015 from the Library Journal — simply allocates its resources to best meet the needs of the community.

Check Out What You Can Check Out

AADL is not the only one of its kind. Thanks to innovative librarians across the country, finding “weird” and unusual stuff at the library is becoming a little less unusual.

The Library of Things at the Sacramento Public Library loans out real musical instruments, including three acoustic guitars and a soprano ukulele. Check out the screen-printing kit to design your own ironic T-shirts, or film your latest skateboarding/surfing/skydiving adventure (this is California, after all) with the library's GoPro HD camera.

Residents of North Haven, Connecticut, don't have to buy an expensive “princess castle” cake pan for their daughter's 3rd birthday. The local library carries dozens of decorative cake pans and cookie cutters for all occasions.

The Tool Lending Library at the Oakland Public Library in California offers more than 5,000 tools for home repairs and renovation projects. The tool library was born out of necessity, when a 1991 wildfire destroyed or damaged hundreds of East Bay homes. During the cleanup effort, the Temescal branch of the Oakland Public Library became an ad hoc repository of free tools to help the community rebuild. The Tool Lending Library was officially launched in 2000 and remains a hugely popular community resource. Portland, Maine started a similar tool library in 2015.

The Alaska Resources Library & Information Services (ARLIS) in Anchorage carries hundreds of stuffed animal specimens, skulls and pelts on loan to the public, including polar bear fur, a mounted and stuffed land otter, and a beluga whale skull. According to Alaska Dispatch News, the bear and wolf pelts are very popular with Boy Scout troops, and the stuffed snowy owl often gets checked out for Harry Potter parties.