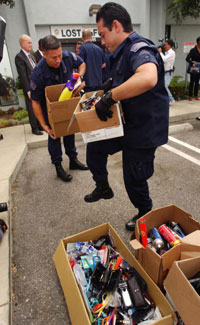 If you're curious about the other interesting items that TSA screeners collect at airports that may end up at a warehouse near you, follow the links below.