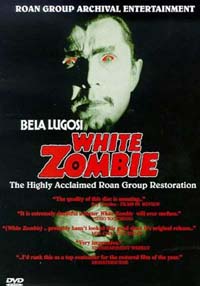 In many parts of the Western world, people view Voodoo with suspicion. Some people believe it is outright evil or that it encourages worship of the devil. In some countries, missionaries make a deliberate effort to convert people from Voodoo practice to Christianity. There are a number of reasons for these views.

From 1915 to 1935, the United States Marine Corps (USMC) occupied Haiti. During and after this period, Haiti became the setting for books and movies, which often depicted Voodoo as sinister, cruel and bloody. Movies like White Zombie, released in 1932, portrayed Voodoo priests as evildoers who made innocent people into zombies.

Around the same time, hoodoo became more commonplace in parts of the United States, including New Orleans. Previously, New Orleans had had a thriving Voodoo community, lead by Voodoo queens, including two women both known as Marie Laveau. One Laveau disappeared in the late 1870s, and the other died in 1881. Under their successors, the Voodoo community eventually splintered and became less publicly visible. At the same time, vendors began selling hoodoo charms and trinkets throughout New Orleans. Eventually, hoodoo, along with its curses and spells, became synonymous with Voodoo in New Orleans and other parts of the South.

But fictional portrayals and public perceptions are only part of the sense that Voodoo is dark or disturbing. In addition, the practice of Voodoo includes activities that are taboo in other religions and cultures. Many ceremonies involve the sacrifice of live animals and the use of animal blood. Some also include the use of dried animal carcasses and animal parts. While animal sacrifice has been a part of major religions, including Judaism, it is not commonly practiced today. Snakes, which many people find frightening, also play a part in some Voodoo ceremonies and Voodoo symbolism. For example, in Haiti, snakes are associated with one of the most powerful loa, known as Damballah. For this reason, followers often use images of the Catholic Saint Patrick that incorporate snakes to represent Damballah.

The idea of spiritual possession is troublesome to many people, but it also has a place in other religions. For example, in Tibetan Buddhism, gods can temporarily inhabit the bodies of oracles. According to Tibetan lore, the Nechung Oracle, or the protector deity Dorje Drak-den in the body of a Buddhist monk, successfully instructed the Dalai Lama on how to escape Chinese forces in Tibet 1959.

One practical concern about Voodoo practice involves public health. In some Voodoo ceremonies, followers may injure themselves as a show of faith or as a demonstration of a loa's power. Followers may bleed freely or may bleed onto altars or sacred objects. Public health officials state that this may encourage the spread of disease. In addition, many Voodoo leaders, especially in rural areas, offer medical advice and folk remedies. Sometimes, this advice runs contrary to established medical thought concerning the spread of illnesses, especially HIV and other diseases spread through contact with infected blood.

Finally, death is a substantial part of the Voodoo religion. The spirits of dead ancestors, leaders and other important people are central to the Voodoo practice. Critics argue that the emphasis on appeasing dead ancestors creates a culture of fear. Supporters counter that many other religions have placed the same emphasis on appeasing gods. In addition, since death is a topic that makes many people inherently uncomfortable, it is logical that a religious tradition that embraces death may make people uncomfortable, too.

While Voodoo has little to do with many of the nefarious aspects people associate with it, some of the stereotypes that surround it have some basis in real Voodoo practice. To learn more about Voodoo and related topics, check out the links below.

Other Forms of Voodoo

Voodoo is not the only religion that comes from the combination of Christian and traditional African forms of worship. Santeria, which originated in Cuba, has many similarities to Voodoo; in Santeria, the loa are often known as orisha. For this reason, Orisha worship is sometimes used as a euphemism for Santeria or Voodoo. Santeria and Orisha worship both exist today, especially in Cuba and in countries to which Cubans have immigrated.