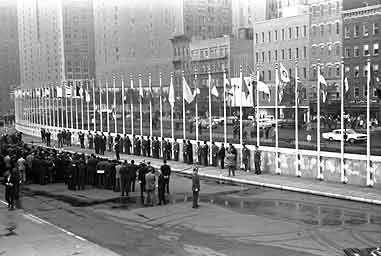 The United Nations was born on October 24, 1945, shortly after World War II (which officially ended on August 15, 1945). Its primary goals focus on world peace and the international desire to prevent another world war.

The U.N. has 192 member nations -- nearly every nation on the planet (see UN.org: List of Member States for a complete list). All of them have signed on to the U.N. Charter, which was originally written in 1945 by the representatives of 50 different countries.