Time magazine stoked a widespread breastfeeding controversy when it featured a 3-year-old boy suckling from his 26-year-old mother on a May 2012 cover. But when it comes to spurring debate, breastfeeding older children pales in comparison to some of the unconventional child rearing practices featured in this gallery. 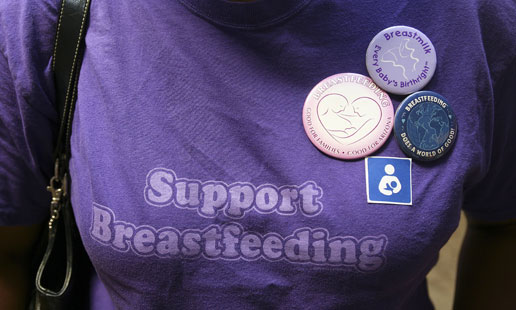 Breastfeeding is a common aspect of motherhood, but it can arouse an incredible amount of debate and downright furor. In November 2006, for instance, breastfeeding women at 19 different airports openly nursed to protest a woman being removed from an airline flight for refusing to conceal her breastfeeding 1-year-old with a blanket. TIME magazine similarly stoked a widespread breastfeeding controversy when it featured a 3-year-old boy suckling from his 26-year-old mother on a May 2012 cover. Somehow, this natural maternal act has, along with plenty of other parenting practices, become entangled with bickering and disputes over the best way to raise children. But breastfeeding disagreements are but a drop in the bucket compared to the unconventional child rearing tacks the parents featured in this gallery have taken. 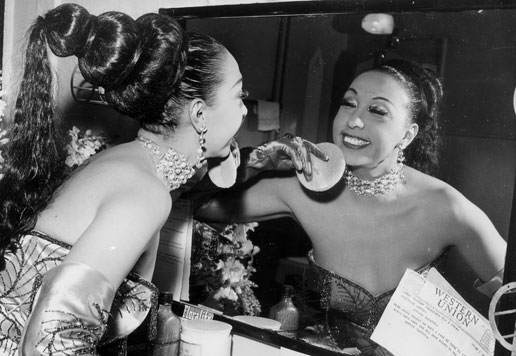 Between 1954 and 1964, dancer and international sex symbol Josephine Baker adopted 10 boys and two girls from various countries: Japan, Finland, Columbia, France, Algeria, Ivory Coast, Venezuela and Morocco. Her so-called “Rainbow Tribe” of children lived with her and husband Jo Bouillon in a French chateau, but despite the seemingly fairytale setup, the 12 kids slept together in a single attic room and were regularly put on display for paying tourists. By 1975, when Josephine Baker died, her husband had long since left her, and she'd lost the estate due to the astronomical cost of rearing a dozen boys and girls, all of whom scattered around the globe away from their adoptive mother after their home was taken away. 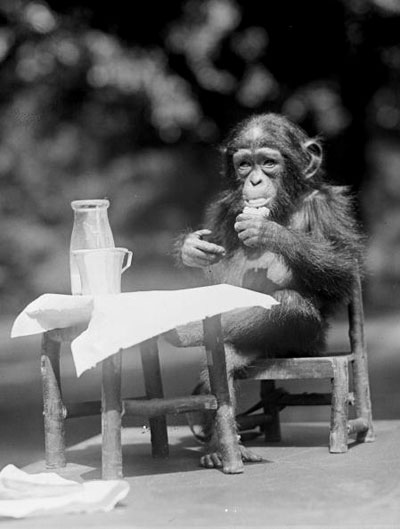 In 1973, the LaFarge family in Manhattan welcomed a new addition to their already bustling household of seven children: a newborn chimpanzee. Named Nim Chimpsky -- a play on the linguist Noam Chomsky who theorized that grammar acquisition is a capability unique to humans -- the monkey was delivered to its human home as part of a Columbia University research project on ape language headed by behavioral psychologist Herbert Terrace. Chimpsky's upbringing with the LaFarges lasted less than a year, but in that brief time of bringing up baby (chimp), the primate learned basic sign language and developed strong attachments to his adoptive human family. 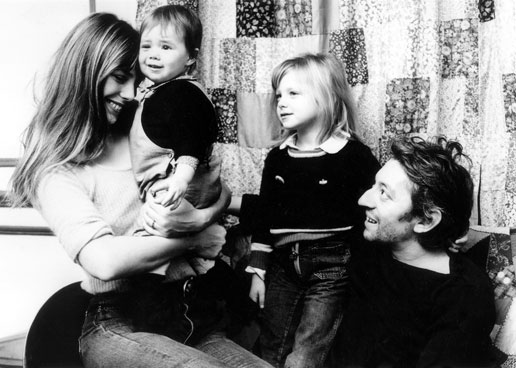 French singer, songwriter and all-around mischief-maker Serge Gainsbourg was unconventional in most avenues of his life, and parenting was no exception. In the late 1960s, Gainsbourg began a love affair with British actress and fashion muse Jane Birkin, and the couple gave birth to daughter Charlotte. Like her parents, Charlotte Gainsbourg also pursued film and music, and one father-daughter duet stands out in her catalog. When she was 13 years old, Charlotte and her provocative dad recorded "Lemon Incest," a song about paternal love, which included eyebrow-raising lyrics about "the love we will never make" along with a music video featuring the pair in bed together. Although an adult Charlotte Gainsbourg told Vanity Fair that Serge was simply trying to arouse scandal, she also acknowledged that her young teenage self may not have fully understood the song's incestuous implications. 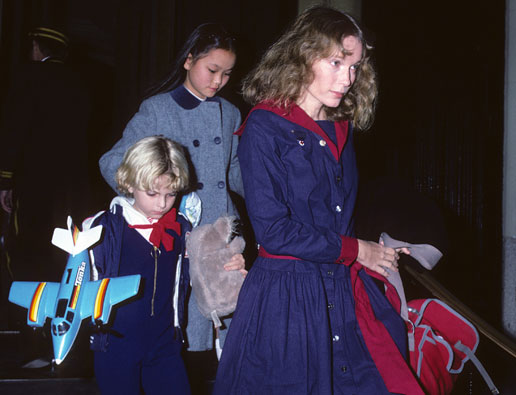 Long before Angelina Jolie and Brad Pitt began their family of six biological and adoptive kids, Mia Farrow had already set an impressive record for celebrity hybrid broods. The "Great Gatsby" star adopted 11 children and also gave birth to four, one of whom she had with film director and writer Woody Allen. After 14 years with Allen, however, Farrow was horrified to learn that her partner (the couple never married and kept separate homes) had been having an affair with Farrow's adopted Korean daughter Soon-Yi. After the split in 1992, Farrow and Allen's biological son changed his name from Satchel to Ronan. The tabloid-worthy separation and name change didn't appear to stump the boy's development though; he went on to become Bard College's youngest graduate, matriculating at 15 years old. 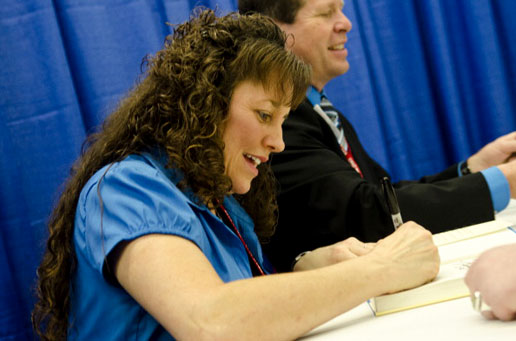 Michelle Duggar and her husband Jim Bob head up one of the two largest families in the United States. The Duggars, who are also stars of their own TLC reality show, have 19 children. In spring 2012, Gil and Kelly Bates welcomed their 19th child as well, bringing them neck-and-neck for the Biggest Family title. In addition to having very full houses, the Duggars and Bates also have a strong Christian faith in common, which has led both couples to abstain from contraceptive use. 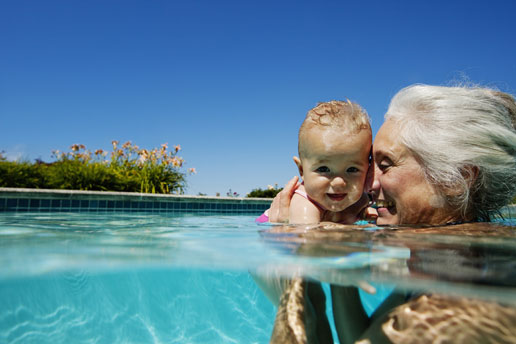 The year 2008 was an odd one for childbirth in India. Not one, but two, 70-year-old women defied medical odds and gave birth to babies via in vitro fertilization. News outlets reported that the first septuagenarian mama, Rajo Devi, had tried unsuccessfully for 50 years prior to become pregnant. The second, Omkari Panwar -- who had twins -- was already a grandmother of five. Since then, Devi's health has suffered from the stress of pregnancy in old age, but so far the trio of record-breaking babies have remained healthy. 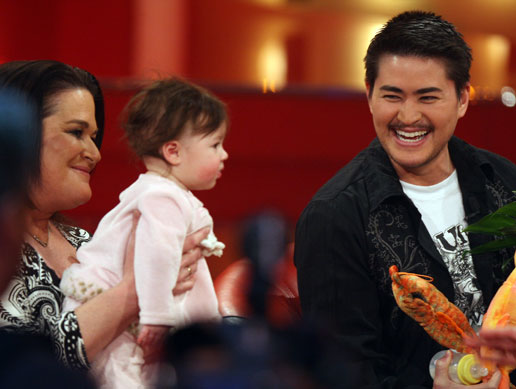 Thomas Beatie is probably better known by his nickname, "The Pregnant Man." Beatie, a transgender man who retained his female sex organs, gave birth to three children -- Susan, Austin and Jensen -- in quick succession via artificial insemination between 2008 and 2010. In April 2012, Beatie announced that he and his wife were filing for divorce, and the court eventually awarded the transgender father sole custody of his kids. 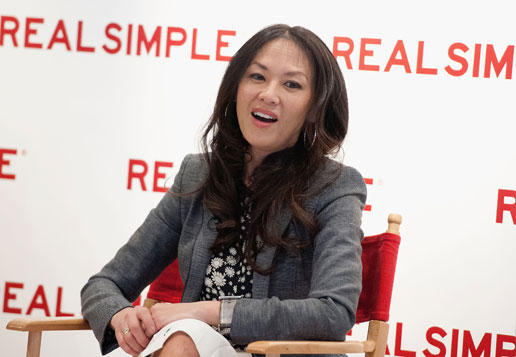 When Amy Chua wrote a parenting book in 2011, she already had earned fame as a Yale Law School professor. With the Wall Street Journal's online publication of an excerpt from Chua's "Battle Hymn of the Tiger Mother," her celebrity swelled -- but not on account of praise. In the book, she details the extremely restrictive parenting rules that she enacted while raising her two daughters Lulu and Sophie. Readers responded in outrage over her revelations of refusing to allow the girls television, organized sports, sleepovers and other activities that might distract from academics. 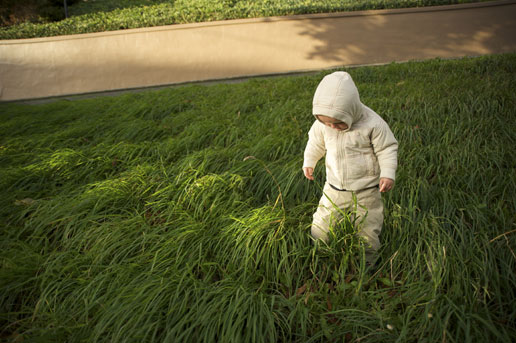 Although it probably hasn't caught on enough to rightfully label it a trend, gender-neutral parenting has certainly attracted media attention -- especially since 2011, when a Toronto couple announced plans to use this child-rearing approach. Aside from divulging their new baby's biological sex to their two sons, family members and close friends, Kathy Witterick and David Stocker don't plan to identify their child as a boy or girl until the baby is old enough to choose its own gender identification. Similarly, a British couple brought up their baby gender-neutral for five years, at which point they divulged that their little one was, in fact, a boy. Motivations for gender-neutral parenting often center around not wanting social constructs of masculinity and femininity to artificially influence a child's self-concept.

How to Tell Someone They're Not Invited to Your Wedding
How does etiquette change as your relationships evolve?
How Irish Traditions Work