What Are the Different Types of Divorce?

by Lee Ann Obringer
Next 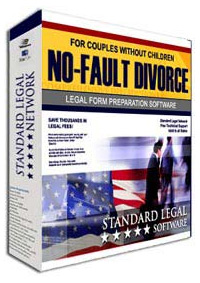 In 1970, California changed the way people looked at divorce as well as the ease at which they could get out of a marriage by passing the first no-fault divorce law in the United States. Before that, in order to get a divorce, one spouse had to have done something wrong — be "at fault" for the failure of the marriage. Those wrongdoings are called "grounds for divorce" and include adultery, physical or mental cruelty, desertion, confinement in prison, physical incapacity (for the purpose of sexual intercourse) and incurable insanity. If the defending spouse didn't want the divorce, he or she had to deny what they were being accused of and defend himself or herself in court.

A divorce is uncontested if one spouse either:

Some states allow a simplified divorce, which speeds up the divorce process and usually keeps it out of court. Simplified divorces are uncontested, no-fault divorces with no disagreements on the settlement.

State laws differ on simplified divorce, but usually it is a less expensive and less stressful way to go. Some states require only that you fill out forms and have a judge approve your settlement agreement. Others will only allow you to seek a simplified divorce if there are no dependent children (under 18) and no outstanding financial debts involved. Simplified divorces are usually granted very quickly (30 days after filing is common).