The Most Hated Man in America Gets Arrested

by Jonathan Strickland Dec 17, 2015
Act Up NY Activist Mark Milano holds a cat litter box with a photo of Martin Shkreli at the bottom of it. The activists were protesting the enormous price increase of Daraprim in front of the Turing Pharmaceuticals Offices in Midtown, New York City. Erik McGregor/Demotix/Corbis

What has Martin Shkreli done to earn so much disdain that news of his arrest has inspired people to celebrate with glee? The list is a long one, and it sounds like something out of a cartoonish villain's dossier.

First, he made a fortune on the stock market short selling stocks. Short selling is a strategy that banks on a company's performance taking a nosedive. So let's say you suspect a particular company is going to hit some rough financial trouble. You sell off stock in that company. The only catch is you don't actually own any of that stock; you're selling something you don't possess.

Short selling is totally legal. You actually do deliver stock to a buyer. And later on, you buy the stock you sold (hopefully at a lower price than what you sold it for) and make a profit. It's a bit more complicated than that, but you can always read up on short sells. Bottom line: While it's legal, people tend to feel short selling is bad mojo because it relies on companies doing poorly.

Then, young Shkreli, 32, was ousted from a biotechnology company he founded in 2011 called Retrophin. The board of directors fired him in 2014, and he was founder and CEO of that company. Why was he pushed out? Shkreli had already made a reputation for himself as being a bit erratic and unpredictable. And the charges he faces now relate to him allegedly taking stock illegally from Retrophin to pay off debts accrued by an unrelated business. That's securities fraud.

On top of that, Shkreli allegedly made payments to investors using fake consulting contracts. These actions are all illegal and, if true, could result in Shkreli facing jail time and a hefty fine. Plus, Retrophin has sued Shkreli for a cool $65 million.

But we're not done with Shkreli yet. If this were all there was to the story, most people wouldn't even bother to learn more about him. But Shkreli is also the man behind Turing Pharmaceuticals, the company that raised the price of anti-parasitic drug Daraprim from $13.50 per pill to $750. This action angered many people (see above photo) and in fact is one of the few topics that Donald Trump and Hillary Clinton agree upon — they both have criticized Shkreli's actions.

Shkreli also led a group to buy majority ownership of KaloBios, which produces a drug that treats people with Chagas' disease. The world prepared for news that the drug's price, like Daraprim, would also get a price hike.

And then there was the news that Shkreli won the auction to purchase the Wu-Tang Clan album “Once Upon a Time in Shaolin.” There's only one copy of the album in the world. When he last talked about the album, Shkreli said he hadn't listened to it yet.

Shkreli also has a history of making “jokes” about female celebrities. He once tweeted that he wished buying one of Katy Perry's guitars would get him a date with her. In an interview with HipHopDX, Shkreli said he would play the Wu-Tang Clan album if Taylor Swift were to come over and perform a sexual act with him.

So it's no surprise people are experiencing a little schadenfreude upon hearing news of his arrest. As for Shkreli's response to the news? We'll have to wait on that. So far, it's been “no comment.”

Gary's a Trustworthy Name. Is Yours?

Where Have All the Angry Mainstream Musicians Gone? 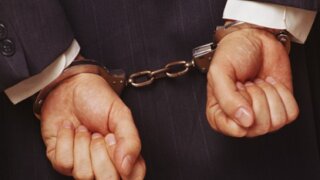 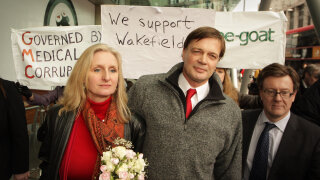