Tools of the Terrorism Trade 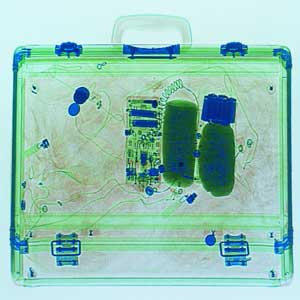 Modern technology makes it possible to fit the deaths of thousands inside a mere piece of carry-on luggage.
Flying Colours Ltd/Digital Vision/­Getty Images

­Weapon and communications technology have changed the face of warfare, so it shouldn't come as a surprise that terrorism has benefited as well. In fact, it has evolved -- growing from retail terrorist attacks against individuals and small groups to wholesale terrorist attacks that endanger thousands of lives.

In the past, terrorists often depended on the assassination of key individuals or the use of hostage situations. There is, after all, only so much one person can achieve with daggers and bows. Large-scale death was generally the specialty of armies and, as such, most of history's atrocities were carried out by governments and militaries. Gunpowder would change all this, empowering the individual to inflict unprecedented destruction. After all, how much can you fear one man in an age of daggers and clubs as opposed to the age of suicide bombers and lone gunmen?

Explosives made such activities as the Guy Fawkes' 1605 Gunpowder Plot against the British Parliament a reality. The 2002 Beltway sniper attacks in the United States demonstrated how two men with a rifle could terrify millions. In 2004, a group of Chechen rebels stormed a school in the Russian town of Beslan, taking more than a thousand hostages. They ultimately killed 334 of them, including 186 children.

Sometimes the weapons of wholesale terrorism aren't even weapons, but repurposed technology. The destruction of the World Trade Center showed us that a commercial airliner can become a missile. The only real weapons used in the attack were a handful of box cutters, no different in function than Stone Age artifacts.

With the right explosives, biological or chemical agent, terrorists can target densely populated areas and potentially kill thousands. Technology has also added organizational strength to terrorist efforts. E-mail and cellular communication make it po­ssible for terrorists to organize efforts from the other side of the globe, as well as recruit new personnel. Modern banking also makes it possible for terrorist organizations to receive funding from international benefactors and distribute it surreptitiously wherever money helps further their ends.

Terror is wielded by the mighty and by the weak, but how does a nation fight terrorism without becoming terrorists themselves? How do a people oppose a tyrannical government without drowning in as much blood as the tyrant? Human societies continue to strive for answers to these ­questions. Some argue for identifying and treating the root causes of many forms of terrorism, such as the frustration and aggression associated with disenfranchisement. Others argue that it should be treated purely as a criminal or military threat. For establishment terrorism, the arguments range from nonviolent protest to bloody revolution or military intervention by foreign powers.

A definitive answer to terrorism, however, remains as elusive as a definitive definition of the term itself.

Explore the links below to learn even more about terrorism.