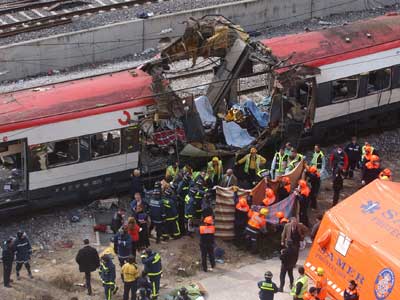 Terrorism can be separated into domestic and international categories. The former involves terrorists acting within the borders of their own country, such as the 1995 Oklahoma City bombings in the United States and the Tokyo subway nerve gas attacks perpetrated by Japanese cult Aum Shinrikyo. In international terrorism, however, the organizers export terror to another country. This brand of terrorism gained a great deal of attention following the Sept. 11 attacks in the United States. The suicide terrorists involved in the attack were linked to al-Qaida, an international terrorist group with operations in various countries.

Another important distinction to make is that between retail and wholesale terrorism. In business terms, retail involves selling small quantities to the ultimate consumer. A small store might have three toasters in stock, with the intention of selling individual toasters to individual customers. Wholesale, on the other hand, involves selling large quantities, generally to a wholesaler -- such as a chain of home appliance stores. Re­tail ­terrorism involves the small-scale use of terror to achieve its goals, while wholesale terrorism deals in massive, indiscriminate death. For example, hijacking an airplane is retail terrorism, but intentionally crashing it into a major population center is wholesale terrorism.

The difference between the two often comes down to the tools of the trade.