Will the Tea Party Last? 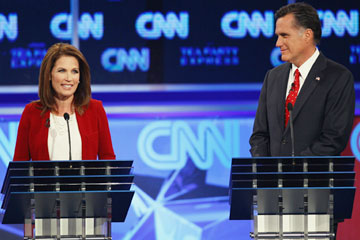 One measurable downside to the Tea Party's success has been mounting public opposition. Supporters haven't drastically dropped off, but as its profile has increased and become a household name, the Tea Party has attracted a host of detractors in a short amount of time. According to an April 2010 poll commissioned by CBS News and the New York Times, 21 percent of respondents viewed the Tea Party favorably, whereas 18 percent held an unfavorable perception of the conservative movement [source: Campbell and Putnam]. Just over a year later, the percent of Tea Party fans remained steady, but its critics had swelled to 40 percent; a Gallup poll from April 2011 similarly found 47 percent of Americans weren't behind the Tea Party cause [source: CNN]. In addition, core Tea Party activists engaged with local grassroots efforts to promote and vote in favored candidates is likely quite small; by one estimate from Emory University political scientist Alan Abramowitz, it comprises an estimated 5 percent of the American electorate [source: Balz].

After the 2010 midterm congressional elections steeped in Tea Party activism and Republican victories, the movement shifted its sights to the 2012 presidential election. That showdown presented the chance to oust the enemy-in-chief of the Tea Party: President Barack Obama. Despite the presence of Tea Party-approved contenders for the Republican nomination, including Herman Cain, Minnesota Rep. Michele Bachmann and former Texas Gov. Rick Perry, the Republican Party at large selected the more moderate former Massachusetts Gov. Mitt Romney. Some pundits interpreted the Tea Party's inability to push one of their more ideologically aligned candidates to the Republican National Convention as a signal of its dwindling strength, but others emphasize that ridding the White House of President Obama would be a cause for Tea Party celebration no matter who takes his place [source: Gonyea].

One point many political commentators and experts agree on is that the future of the Tea Party rests less on how it can defeat the Democratic Party than how it can get along with the Republican establishment. A majority of Tea Party activists identify as Republican, and in many ways, it merely exists as a sort of special interest group within the party, an inevitable product of political polarization in the United States [source: Balz]. And unless the movement can continue in future elections to push its ultra-conservative, handpicked candidates into office, its followers may gradually blend back into the established Republican fold. Given the partisan nature of contemporary American politics, however, guests may come and go, but the Tea Party likely won't be over anytime soon.