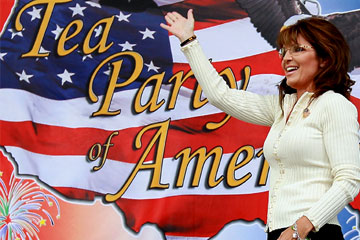 By summer 2011, the Tea Party had become a full-fledged political powerhouse that boasted a series of electoral victories and sizeable popular support. According to public opinion polls, 25 percent of Americans held a positive view of the grassroots effort [source: Crowley]. With the U.S. government on the verge of defaulting on its debt obligations if Congress didn't pass legislation to raise the debt ceiling, the Tea Party once again emerged as the most vocal, forceful group against the measure. Tea Party-affiliated members of the House of Representatives publicly decried the borrowing increase as yet another example of Washington shirking off its loan burden onto taxpayers, and as a result, the final legislation included a compromise of massive spending cuts that irked congressional Democrats [source: Crowley].

Previously building its momentum, the movement had flexed its muscles during the November 2010 midterm elections in which activists hit the streets to lobby for Tea Party-approved Republican candidates. Although the initiative didn't snag enough Senate seats away from the Democratic Party to end their majority status, the Tea Party was acknowledged for turning the U.S. House of Representatives back to a Republican majority, much to their delight [source: CNN]. That showdown also introduced a crop of Tea Party-loving conservative politicians into government, including Sen. Rand Paul from Kentucky, Sen. Pat Toomey from Pennsylvania and Florida Rep. Allen West.

Although the Tea Party had prided itself on its outsider status, swaying the national political conversation from outside traditional Washington, D.C., networks, with those midterm election successes it had worked its way to the U.S. Capitol. In June 2010, Tea-Party-favorite Rep. Michele Bachmann, a Republican from Minnesota, registered the House Tea Party Caucus, made up of 28 founding representatives [source: CNN]. In January 2011, Sen. Rand Paul, the Kentucky Republican, followed suit, and a three-person Senate Tea Party Caucus was established [source: Sonmez].

The rise of the Tea Party from a protest collective to political powerhouse hasn't occurred without controversy, however. The movement, for example, has been linked to conservative Kansas billionaires David and Charles Koch who have been criticized for funneling millions into attack ads and campaigns to oust Democratic politicians [source: Negrin]. Moreover, people have disagreed with supporters' religion-infused approach to evaluating candidates and issues, not to mention their strident opposition to the Obama administration's economic stimulus plan and Affordable Healthcare Act.

Some members also have been criticized for using inflammatory language and rhetoric; in one instance at a March 2010 Tea Party rally, news media reported some protesters directing racist and homophobic slurs at passing Democratic congress members, including former civil rights leader and Georgia Rep. John Lewis [source: The Week]. De facto leaders, including Sarah Palin, have publicly urged activists to distance themselves from fringe or extremist opinions expressed within Tea Party ranks. But as the party continues to define its structure, purpose and message, some also wonder whether it will survive for the political long haul.

A September 2011 poll from the Public Religion Research Institute suggests that Tea Party activists could care less about cutting carbon emissions to ward off environmental effects of global warming. Why? Because roughly a third of Tea Party members agree that global warming exists. On another scientific front, less than half jive with the theory of evolution [source: Plumer and Merica].