Swearing and the Law

Just as cultures have different attitudes toward swearing and people who swear, they also have different laws governing people's use of expletives. The Constitution of the guarantees that people have the right to freedom of speech in the First Amendment. The First Amendment applies specifically to Congress and the federal government, including the Federal Communications Commission (FCC). Courts generally interpret that it also applies to state governments. 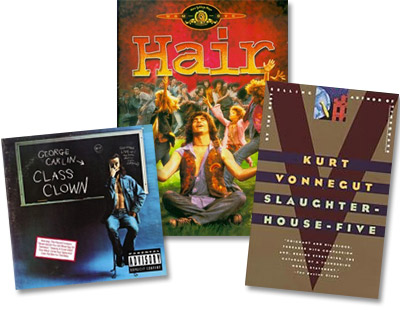 So at first glance, it seems like people should be able to swear whenever they want and wherever they want because of their First Amendment rights. However, constitutional law can be tricky, and a wealth of court cases has led to a wide variety of judgments surrounding swearing. Obscenity generally falls into the category of unprotected speech -- speech that is exempt from to the First Amendment rule. Other types of unprotected speech include:

The unprotected speech exclusion is one of the reasons why the FCC can create and enforce decency rules for broadcast television and radio.

In addition to obscenity, court cases have examined the use of swearing in the contexts of inciting people to violence, defamation and threats. They have generally ruled that the government does not have the right to prevent blasphemy against a specific religion or to prosecute someone solely for the use of an expletive. On the other hand, they have upheld convictions of people who used profanity to incite riots, harass people or disturb the peace.

The First Amendment doesn't generally apply to private organizations, and it has significantly less influence over businesses and schools. Courts frequently rule that organizations have the right to set and enforce their own standards of behavior and judgment. In addition, numerous sexual harassment cases have involved reports of swearing, and some courts have ruled that it creates a hostile environment and constitutes harassment.

Clearly courts, businesses and governments think swearing is different from other speech. Your brain agrees with them. We'll look at swearing and the brain next.