The History of Super Tuesday 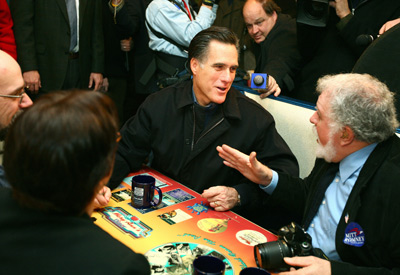 Republican candidate Mitt Romney in New Hampshire engages in retail politics -- chatting one-on-one with individuals about issues that matter to them but that don't necessarily affect the rest of the country. This is what Super Tuesday is meant to counteract.
Emmanuel Dunand/AFP/Getty Images

"Super Tuesday was basically designed to nationalize the message, to try to reduce the influence of the so-called 'Iowa syndrome,'" Virginia senator Chuck Robb told Robert MacNeil in an interview on "NewsHour" following the first Super Tuesday in 1988 [source: PBS]. Robb, one of the architects of the original mass-primary plan, was looking to offset a lot of the retail politics that come from spread-out primaries. Iowa is one of the first local nominating contests every four years and holds a lot of political influence.

Super Tuesday was meant to be a sink-or-swim boot camp for campaigns to determine if they could run a tight race on national issues in a manner that would be required of a candidate once he reached the White House. Super Tuesday was intended to bring out the wholesale politics that affect everyone in the United States: foreign policy, war and the economy.

The Super Tuesday model closely resembles the general election in which each party's candidates will compete the following November. A large swath of voters from a number of states all vote or caucus on the same day. These states are of equal importance, unlike spread-out primary schedules where the most important state is the one that's holding the next primary.

Iowa and New Hampshire have traditionally been viewed as important states in the primary season because they hold their nominating contests first in the nation. Super Tuesday is important because it's a test of how a candidate plays across a broad spectrum of voters and entire regions. The first region in 1988 was limited to the Southern states, which share a bit in common politically. Some critics of Super Tuesday at the time said it should cover an entire time zone, which features even more diversity among voters.

A large group of states holding primaries on the same day also gives parties an idea of how their candidates compare to those from the rival party. For example, if the Republicans have a front-runner and the Democrats are running a tight race, they can compare the results of the primaries to see which of the Democratic candidates beat the Republican front-runner. Those candidates might do better in a general election and will surely receive more assistance in their campaign for their party's nomination [source: Time].