Browse the article Can the government read your private e-mails? 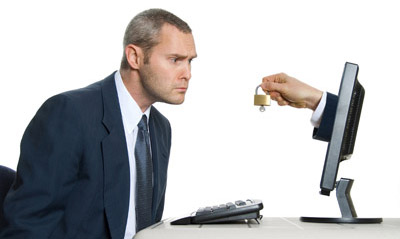 It turns out that the U.S. government has been using the Stored Communications Act (SCA) to read private e-mails without a search warrant.
Photo courtesy Dreamstime

In April 2004, Google launched Gmail, an invitation-only version of its e-mail service. At the time, Gmail offered 1 gigabyte of storage space, an amount that seemed impossibly generous compared to the 2, 4 or 10 megabytes offered by many other popular e-mail providers. While Gmail was not the first e-mail provider to grant its users so much storage space, it was the most prominent. With its characteristic panache and intuitive interface, Gmail took off and eventually opened to all users around the world.

Google's competitors followed suit, as e-mail service providers began engaging in a mini-electronic arms race of ever-increasing storage capacity. Yahoo attempted to trump them all when it announced in March 2007 that it would soon offer unlimited storage space for users of its Yahoo! Mail service. As of today, the other two of the "big three" e-mail providers -- Microsoft's Windows Live Hotmail (formerly MSN Hotmail) and Google's Gmail -- offer, respectively, 2 gigabytes and 2.866 gigabytes of storage space.

The great leaps in e-mail storage capacity were a boon to Internet users. Now people can send larger attachments and many might never have to delete an e-mail again. Never again will you dig around for a now-essential message only to realize that you deleted it a week ago because it seemed unimportant. Sounds great, right?

Not quite. It turns out that the U.S. government has been using the Stored Communications Act (SCA) to read private e-mails without a search warrant. These are e-mails stored on services like Gmail, Yahoo and Hotmail. If the government wants to read e-mails that on their way to a recipient, they need to have a special type of search warrant, a wiretap order. Wiretap warrants can be difficult to get. So instead of worrying about in-transit e-mails, the government secretly accessed stored e-mails, justifying its conduct under the SCA. Increasingly large amounts of storage space mean that many people never delete e-mails (this writer does so only rarely). So a person's entire history of electronic communication could be available to the government without a judge first signing off on a warrant. ­

­The issue worried civil liberties and Internet rights advocates, and a recent court ruling was in their favor. On Monday, June 18, a panel of three judges from the U.S. 6th Circuit Court of Appeals declared the government's actions and the SCA unconstitutional. The result is that stored e-mails are now more secure from government eavesdropping, since the government now has to get a warrant to read the stored e-mails of someone they're investigating.

Email privacy has a lot to do with the service provider. Click here to learn more about email services.

We'll examine the ruling and exactly what it means in the next section.

Our near-constant Web connections creates even more opportunities for cyber crime. Watch this video for ways to keep your keeping your information secure.

June 18's ruling began with a fraud investigation involving a man named Steven Warshak. He is the owner and president of Berkeley Premium Neutraceuticals, a company that sells herbal supplements like Enzyte. Warshak was being investigated for committing acts of fraud amounting to $100 million or more. When he learned that government investigators were reading his private e-mails, Warshak sued the government to stop them, claiming their actions were unconstitutional. The case began in federal court in the Southern District of Ohio, which ruled in Warshak's favor and said that the government was not allowed to use the SCA to read stored e-mails. The government appealed to the 6th Circuit Court, which issued the ruling on June 18.

In its ruling, the appeals court compared the state of e-mail today to the early days of the telephone. Like the early telephone, "e-mail is an ever-increasing mode of private communication" and it deserves the protections against "unreasonable searches and seizures" provided by the Fourth Amendment [Source: AP]. The court also compared e-mails to a sealed letter, which carry with them a certain expectation of privacy.

The 6th Circuit Court's decision was celebrated by organizations like the Electronic Frontier Foundation, which, along with the ACLU, the Center for Democracy & Technology and law professors Susan Freiwald and Patricia Bellia, filed amicus briefs on Warshak's behalf. Legal experts and privacy advocates consider this a very important ruling that could have far-reaching implications for how electronic communication is treated under the law.

Internet privacy and electronics rights are issues that are still developing and being defined through court rulings like this one. With our society's rapid pace of technological growth, these issues will continue to change based on changing standards of behavior, court rulings and future government legislation. In the meantime, Internet privacy has become closely tied to other civil liberties and privacy issues, as well as issues about keeping the Internet "open" and free from government interference. If any similarly important court decisions are issued in the future, we'll be sure to write about them here.

As for the government's case against Steven Warshak, it's unclear how the June 18 ruling may affect the fraud investigation. Evidence gleaned from stored e-mails will likely be inadmissible in a criminal trial. That is, of course, assuming that the ruling holds up. The government, which said it is considering the results of the court's decision, can appeal the ruling to the full Sixth Circuit Court or to the U.S. Supreme Court.

For more information about e-mail, Internet privacy and related topics, check out the links on the next page.

Steven Warshak's case depended on the argument that the Fourth Amendment to the Constitution covers stored e-mails. reads:

The right of the people to be secure in their persons, houses, papers, and effects, against unreasonable searches and seizures, shall not be violated, and no warrants shall issue, but upon probable cause, supported by oath or affirmation, and particularly describing the place to be searched, and the persons or things to be seized.