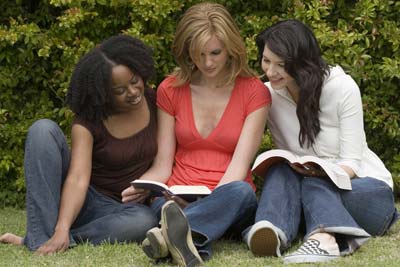 To be initiated as a sister, new members must study for the pledge test.
Photographer: Noriko Cooper | Agency: Dreamstime.com

When you think of pledging, it's likely hazing is the next thing that pops into your mind. Most universities and colleges define hazing in a similar way; Dartmouth describes it like this:

Any action taken or situation created as part of initiation to or continued membership in a student organization, which produces or could be expected to produce mental or physical discomfort, harm, or stress, embarrassment, harassment, or ridicule...Hazing consists of a broad range of behaviors that may place another person in danger of physical or psychological harm or activities that demonstrate disregard for another person's dignity or well-being. Even when demeaning or embarrassing behaviors do not appear overtly harmful in themselves, as where the participants appear to engage in them willingly, they may constitute hazing if they are part of an organization's initiation or membership activities and if they might cause humiliation. [Source: Dartmouth]

Hazing can happen in any organized group including sports teams and military groups. On college campuses, it tends to be a bigger problem in fraternities, but it certainly also happens in sororities. Most universities have specific rules forbidding hazing, and every sorority's national organization forbids hazing as well. Despite these restrictions, hazing is still happening on campuses throughout the United States.

Hazing in a sorority might include forcing pledges to go without sleep, forcing them to binge drink, scaring them or forcing them to do degrading tasks. Stories circulate about girls being told to bring markers with them to meetings. Sisters use the markers to circle areas of the pledge's body to indicate where they think the pledge needs to lose weight. Universities and national umbrella organizations take hazing very seriously -- and for good reason as hazing has resulted in injury and even death. Because it is such a serious concern, each school has a system to handle hazing complaints.

If a potential new member meets all of her pledgeship requirements, she may be eligible for initiation, a secret ritual event during which she will become a full member of the sorority.

During initiation, she will learn the sorority's secrets, from the secret meaning behind the Greek letters to secret passwords and secret handshakes. Yes, lots and lots of secrets. Marking the transition with a special ceremony, which has been upheld for decades or even a century, is meant to have a powerful effect on the initiate, tying her to a tradition, the ideals of the founders and an idea of sisterhood. These rituals often have ties to Greek secret society rituals and involve symbols, and perhaps even costumes. Sisters are forbidden to reveal the sorority ritual or its secrets.

A Delta Zeta chapter at DePauw University conducted a membership review and removed 22 women from membership -- all minority members were among the 22 [Source: USA Today]. An Alpha Gamma Delta chapter at the University of Georgia caused a furor when a sorority member came forward saying that the sorority rejected a potential new member because she was black [Source: TIME]. Melody Twilley’s attempt to join a sorority at the University of Alabama caused a similar media explosion [Source: The New Republic]. Melody, a smart, upper-class black woman who was highly involved on campus, did not get a bid to a single sorority.

Black sororities have also faced accusations of exclusionary behavior in the form of colorism -- discrimination against members of one's own ethnic group. Some black sororities used to use a “brown paper bag test” -- if a potential new member’s skin was darker than a paper bag, she would be ineligible to join.