by Diana Brown Mar 27, 2018
Geeta Chaudhary and her sister Aasha are ex-Kamlaris (child slaves) who now run their own restaurant that they started with a micro-loan. Kamlari is a form of slavery in Nepal where families sell their daughters in exchange for loans. Jonas Gratzer/LightRocket/Getty Images

Slavery is a stain on nearly every nation's history book. And it's been abolished by law in 167 countries. Unfortunately, despite these laws, the abhorrent practice still continues today, with 2017 estimates suggesting that more than 40 million people worldwide are victims of some form of modern slavery. Stuff They Don't Want You To Know hosts Ben Bowlin and Matt Frederick discuss slavery's ghastly past and grim present, as well as tackle how to prevent it in the episode The Future of Slavery.

Slavery has taken on many new names and forms since the "traditional" form of slavery was abolished mostly in the 1800s. Indentured servitude — the practice of essentially indebting someone into labor until they've paid their lender back — still exists to this day. Debt bondage, bonded labor and attached labor are other commonly used terms to describe indentured servitude.

Many times, in cases of indentured servitude, an impoverished person is offered a job in another country, so they can send money back home to their family. The person is required to pay the cost of their passage to the country, so they get a loan. When they arrive in their new country, their passport is taken away, and suddenly they have a huge debt to pay off — with interest. So they're stuck, unable to leave and almost always unable to repay. These situations are common in agricultural industries in need of cheap labor, but also among restaurant and domestic workers.

Other forms of modern slavery include sex and human trafficking, forced prostitution and forced marriages, where poor families marry young girls to much older men for "dowries." In these cases, a person's freedoms of movement and choice are being controlled by another person for financial gain.

And the debate about modern slavery has even grown to include the status of private prisons in the U.S. Private prisons gain financially from having prisoners. The well-publicized "Kids for Cash" cases exposed two judges in Northeast Pennsylvania for taking money to sentence children to private juvenile detention centers. Prison labor, too, is consider by some as slave labor. The Federal Bureau of Prisons runs a program called Federal Prison Industries and pays inmates less than $1 an hour. In 2016, the program generated $500 million in sales. Is that technically slave labor, or is it beneficial to the inmates' rehabilitation, helping pay down their debt to society? And if so, who decides when that bill has been paid?

What about labor conditions? Huge scandals have erupted around sweatshops run by the tech and fashion industries. The workers in these environments often are exposed to unsafe conditions, little to no pay, and very few protections from abuse or harassment.

Clearly, the world has a slavery problem it can't shake — it's simply too profitable. So what is the future of slavery? How can we make it less profitable to own and control a human being?

Could the answer be robots? That raises its own set of thorny ethical questions. But we must also ask ourselves, would it mean the end of human slavery as we know it? Or would it actually lead to more exploitation? Want to know what Matt and Ben think? You'll have to listen to the entire podcast to find out more.

We Need to Know Why the Female Bird Sings 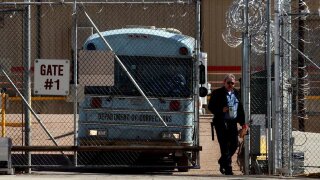 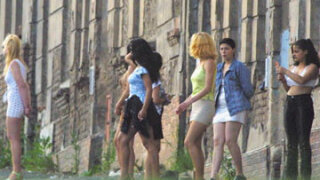 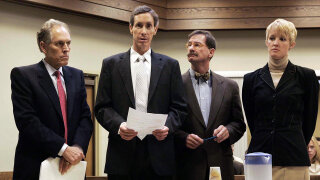