The Science of Silly Putty 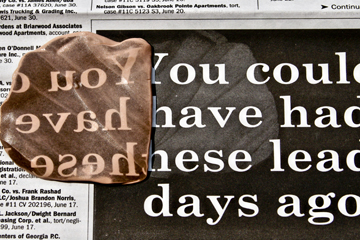 To understand how Silly Putty works, you have to take a dive into the concept of fluid chemistry. You probably think of water when you hear the word fluid, but to chemists and physicists, a fluid is any substance that has no fixed shape and yields easily to external pressure. By this definition, gases can be fluids, as can certain solid-type materials.

A key property of fluids is something known as viscosity, which measures how much a fluid resists flow at a certain temperature. Molten glass, for example, has a high viscosity, or resistance to flow. Other viscous materials include honey, molasses and engine oil. Water, on the other hand, has a lower viscosity. Here are their viscosities at temperature of 68 degrees F (20 degrees C). Note that the measurements are given in pascal seconds, the standard unit of viscosity in the International System of Units.

As you know from experience, viscosity varies with temperature. It's why honey and syrup flow more easily when heated and why engine oils and hydraulic fluids perform poorly on really cold days. This is true for most fluids -- their viscosity depends only on temperature. Chemists classify such materials as Newtonian fluids in honor of Isaac Newton, who pictured a fluid as a series of layers sliding past each other and reasoned that viscosity is the result of friction between these layers.

Silly Putty is non-Newtonian fluid: Its viscosity depends on both temperature and on the force applied to it. The classic example of such a fluid is corn starch solution. When you mix water with corn starch, you get a material that feels like a thick fluid when it's stirred slowly. Tap on it, though, and it feels like a dense solid. Pour some of the corn starch mixture into your hand and roll it gently, and it will maintain its ball shape. Stop rolling it, and it forms a puddle in the palm of your hand. In other words, it acts like a solid and a liquid all at once.

It seems Peter Hodgson was correct when he described his invention as a "solid liquid." Unlike corn starch solution, however, Silly Putty's solid nature resembles rubber, not rock. That's because its main ingredient is polydimethylsiloxane, a material with viscoelastic properties. In other words, over long flow times or at high temperatures, Silly Putty behaves like a highly viscous fluid. But over short flow times or at low temperatures, it behaves like an elastic solid.

You don't have to have a degree in chemistry or a complex factory to make Silly Putty. A homemade version requires some readily available ingredients and just a few minutes of experimentation. Your course in kitchen chemistry begins on the next page.