When you are receiving in an ASL conversation, you should wait for the speaker to finish signing and look at you to indicate it is now your turn to speak. At times a speaker will look away from their audience while thinking of the next sign. Looking away indicates that the speaker isn't finished yet and will continue in a moment.

Sometimes a receiver will look away while someone else is signing and begin to sign back, effectively interrupting the speaker. Usually people in such a conversation have to be on good terms with one another, or such behavior can be offensive. Heated discussions and arguments often feature this tactic.

ASL speakers will sometimes turn and sign to an imaginary person. They do this to signify a conversation they had or observed with someone else. It's the same concept as saying "he said/she said" when having a conversation in English. People with hearing who are learning sign language can sometimes get confused by this, since it looks like the speaker is suddenly talking to someone else, but as a receiver they should continue to pay attention to the speaker.

According to Dr. Bill Vicars (president of a company that focuses on creating American Sign Language programs and learning experiences) it isn't rude to walk between two deaf people using sign language if you need to get by unless you hesitate or draw attention to yourself. It's best to walk through at a steady pace, which allows the speakers to continue their conversation with minimal interruption.

Some ASL speakers include signs invented for other sign languages. Other ASL speakers try to avoid using such signs, believing that it dilutes the language. Dr. Vicars describes two approaches to teaching ASL - the prescriptive approach and the descriptive approach. A teacher who tells his students not to use a particular sign is being prescriptive - he is teaching ASL according to his belief that the language must remain pure, without influence from other languages. A teacher who shows his students the signs currently used in the Deaf Community, whether they are part of the pure ASL vocabulary and grammar or not, uses the descriptive approach. 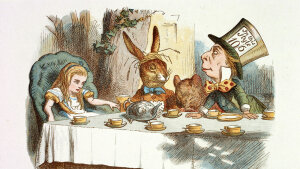 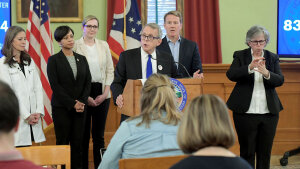