The Role of Tsantsa in Civilization 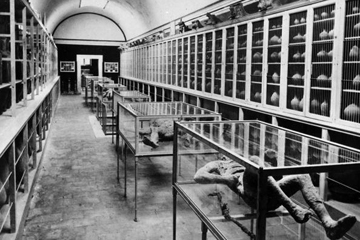 Museums, like this one in Pompeii, Italy, are under increasing pressure to repatriate the remains of humans held in collections and exhibited on display.
Hulton Archive/Getty Images

While Western adventurers led expeditions funded by wealthy dealers and collectors around the turn of the last century increased demand for tsantsas, Western missionaries were simultaneously seeking to rid Shuar society of them. In large part, the missionaries won this battle. The encroachment of Christianity into Shuar culture brought them further into Ecuadorian society, and when the Shuar Federation was established in the 1950s a lasting peace among the members was established. Still, it's considered an open secret that tsantsa remain an important part of Shuar culture. It's the enemy that's changed; as recently as the 1996 Cenepa war between Ecuador and Peru, Shuar warriors enlisted in the Ecuadorian army were rumored to have created tsantsas from the heads of Peruvian soldiers. These rumors are unsubstantiated and few if any anthropologists believe the Shuar have made a tsantsa in the last several decades. It is strongly believed that the knowledge and the willingness remain among the tribe, however.

In much the same way that the Shuar have had to downplay or keep secret the role that tsantsas still play in their culture as they've become indoctrinated into Western society, so too have museums had to examine the role of tsantsas in their collections. Increasingly, what were once considered exotic objects of prurient interest -- like mummies and skeletons -- have come to be seen as human remains. Because of their conversion from head to ritual object in hands of the Shuar, tsantsas in particular may be viewed as quasi-objects, part human remains, part cultural artifact [source: Rubenstein]. Yet the undeniable fact that they are the heads of a human beings placed on display has ultimately won out; tsantsas are human remains and museums have increasingly had to examine what role they play in their collections.

An exhibit in 1995 at the University of Oslo used the tsantsas in its collection to point out the complicity museum visitors still play today in the violence that took place decades ago [source: Rubenstein]. Other museums are giving their tsantsas back to the Shuar. A trend toward calling for the repatriation of objects -- returning them to their lands of origin -- has taken root. Central to this trend are human remains, which are abundant in museum collections. The National Museum of the American Indian at the Smithsonian was the first to repatriate tsantsas to the Shuar Federation in 1999.

Although other museums, like the Pitt Rivers in England, are publicly considering repatriation, returning tsantsas to the Amazon is slow going. The thrilling interest in shrunken heads among Westerners is long-lived -- and a hard one to shed.