Problems with the Senate Confirmation Process 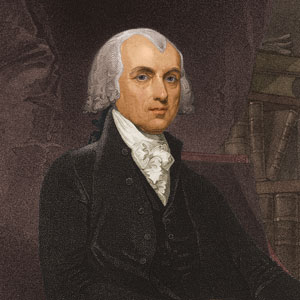 Fourth U.S. president James Madison caved to political pressure over his choice for secretary of state. The result? The War of 1812.
Stock Montage/Stock Montage/Getty Images

From the viewpoint of the executive branch, there's one inherent problem with the Senate confirmation process: The Senate can reject the president's nominees.

Over the years, successive presidents have learned how to make end runs around the Senate confirmation process by simply creating new federal positions. When George Washington took office in 1789, he made 120 nominations [source: U.S. Senate]. When George W. Bush took office in 2001, he made more than 2,000 [source: Light].

There are two kinds of appointments U.S. presidents can make: Senate-confirmed appointments and direct appointments that require no senatorial input. A Director of Central Intelligence appointment, for example, would require Senate approval, but an associate deputy director position would not. By elevating these lower-level positions, the president can nominate an obedient and uncontroversial candidate for a Senate-confirmed position, while placing his real choice in a lower position that wields tremendous authority. Here's but one example: In 2001, President George W. Bush directly appointed James Cason to be assistant deputy secretary of Agriculture. Bush's father, President George H.W. Bush, had failed to appoint Cason agriculture secretary during his tenure. The younger Bush circumvented the Senate by appointing Cason to a powerful but unconfirmed position [source: Light]. Actions like these have created what Brookings Institution fellow Paul C. Light calls a de facto subcabinet [source: Light].

The advent of low-level positions holding high-level power is not an entirely presidential creation; the Senate itself bears some of the blame. The Senate has helped slow the appointment process by using it as a stage for unrelated policy discussions and as a political tool of the executive branch.

For example, because Maryland senator Samuel Smith wanted his brother as secretary of state under James Madison in 1809, Madison's more qualified initial candidate, Treasury Secretary Albert Gallatin, was scuttled and Robert Smith was installed. Smith's lack of qualifications made him unable to stop the War of 1812, a war that John Quincy Adams later posited wouldn't have happened had Madison's original choice been approved [source: U.S. Senate].

This abuse of power is a long-standing tradition that continues today. When President George W. Bush took office in 2001, he found that North Carolina senator Jesse Helms had stalled the appointments of four of his Treasury Department nominees. Why would a Republican senator hamstring an incoming president -- from his own party, no less -- in such a manner? It turns out that Helms wanted two things: He wanted a recent free trade bill with Africa and the Caribbean rewritten to better protect the North Carolina textile industry, and he also wanted his own candidate installed as textile trade negotiator. He then placed holds on the nominees, effectively crippling the new administration's treasury department [source: WSJ]. Is this ethical, or even legal? Any senator can place a hold on a nomination for any reason until the executive branch gives the senator what he or she wants. The president does have a weapon in his or her arsenal to use if a committee takes no action. Presidents can make direct appointments to vacant posts when Congress is out of session. Called recess appointments, the appointee holds the post until Congress reconvenes.

While solutions have been posed to solve the problems with Senate confirmations -- from removing them from the public spotlight, to presidents actually seeking advice on candidates before submitting nominations -- none have been implemented [source: Van der Silk]. At its core, the Senate approval process for presidential appointments is an adversarial one, subject to the eternal struggle for power between governmental branches and the acrimony between political parties.