How Senate Confirmations Should Work 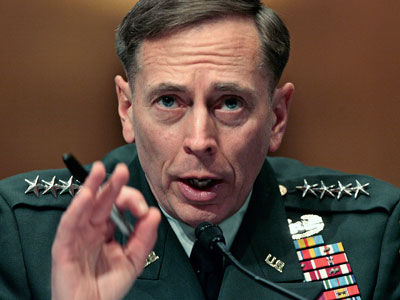 Gen. David Petraeus during the 2008 Senate confirmation hearing on his appointment to head of U.S. Central Command.
Chip Somodevilla/Getty Images

At its core, the Senate confirmation process for presidential appointees is a straightforward one. The U.S. Constitution gives the president the power to appoint officials like Cabinet secretaries, Supreme Court justices and ambassadors with the "advice and consent of the Senate" [source: Cornell]. Interpretation of this power by earlier administrations expanded its scope to include a wide array of positions, from customs officials to military officers.

The framers of the Constitution established Senate approval of presidential appointment to check presidential power. An army of bureaucrats blindly supporting the president can lead to insulation of -- and unreasonable power inside -- the White House. With a Congressional review of those selected by the president to carry out his agenda, the legislative branch is granted input and, ultimately, the final word on nominees. A candidate who appears too partisan, unqualified or unwilling to work with the Senate may find himself or herself rejected for the position to which he or she was appointed. To protect the interests of the American people, the Senate holds confirmation hearings to examine candidates for presidential appointment.

To nominate an individual for a presidential appointment, the executive branch sends word of his choice to the Senate. In the beginning, the entire Senate considered the nomination. In the 19th century, however, the Senate began to vet nominees only among the specific Senate committees responsible for overseeing that particular position. The Judiciary Committee handles the attorney general and Supreme Court appointments, the Foreign Relations Committee handles ambassadorial appointments and so on.

Once the president selects a candidate, the FBI conducts an investigation on behalf of the executive branch. This report will only be released to Senate committees by presidential order, so committees usually rely on their own offices' investigations to vet candidates. Committees do, however, require nominees to fill out reams of paperwork to provide personal and financial background information that can take days or weeks to compile [source: Light]. The Senate can vote on an appointment the following day. However, this process usually takes much longer. Some low-level federal appointments, like those for customs officials and federal marshals, may pass quickly through the Senate.

When an obscure or unknown candidate appears politically harmless or is nominated for a lower-level position, the Senate generally adheres to the custom of senatorial courtesy. In these cases, the Senate defers to the opinion of the senators from the nominee's home state to confirm or reject.

Regardless of custom, a Senate committee's recommendation to the rest of the Senate on the appointment can go one of four ways: It can report favorably on the nomination, report unfavorably, choose not to report or take no action at all (leaving a nomination to languish).

After a committee reports on a nomination, the executive branch is notified. The nomination then is placed on the Senate's executive calendar for its consideration and debate. Ultimately, one final question is asked of the body: "Will the Senate advise and consent to this nomination?" By a simple majority (50 percent of the senators, plus one additional senator), the entire Senate rejects, confirms or takes no action on the nomination [source: Tong]. Nominations on which the Senate committee or the body as a whole takes no action are returned to the president when Congress adjourns. The president must resubmit the nomination once Congress reconvenes.