by Dave Roos Nov 30, 2017
What do online review sites have to watch out for in hotel review postings? quavondo/Getty Images

More than 80 percent of Americans say they read online reviews before buying a product or service, including 40 percent who "always or almost always" do so. That's what drives traffic to websites like Yelp and TripAdvisor, where visitors to hotels and restaurants can post candid reviews ("The sheets smelled like wet dog.") that future travelers can use to plan their next trip.

At least that's how it's supposed to work.

But the online review industry is under fire for a plague of fake reviews -- both unrealistically good reviews posted by owners and employees, and false or defamatory reviews posted by competitors -- and a lack of transparency about how listings are ranked. Review sites make deals with certain hotels and resorts for a cut of bookings made through the site, but it's unclear if those hotels are promoted over properties with better organic user reviews.

Now TripAdvisor, the $1.5 billion travel review site, is responding to allegations from the Milwaukee Journal-Sentinel that the website actively deleted posts from more than a dozen women and men who reported incidents of druggings, blackouts and rapes while vacationing at a resort in Mexico. The question is how and why the posts were deleted, and whether it was a way for TripAdvisor to protect its booking partners.

TripAdvisor, like other review sites or online bulletin boards, finds itself in murky legal waters when it comes to editing or removing user reviews. The 1996 Communications Decency Act includes a provision called Section 230 that protects internet publishers against any liability for what third parties post on their sites. It also allows a website to block obscene or otherwise objectionable content without that being seen as an editorial function. The Electronic Frontier Foundation calls Section 230 "the most important law protecting internet speech."

Isaac Binkovitz is an attorney with the law firm Cozen O'Connor specializing in commercial litigation. He says that Section 230 generally allows publishers like Yelp, Craigslist and TripAdvisor to claim immunity from anything that users post on the sites, but if and only if the website administrators can prove that they play a "passive" role.

This might help explain why those Mexican sexual assault posts went away. TripAdvisor told the Journal-Sentinel and The New York Times that some of the reviews, including that of a Texas woman who alleges that she was raped by a hotel security guard in 2010, were removed under an old "family-friendly" language policy. And others were deleted because TripAdvisor said the posts included "hearsay" and "third-party" information.

If TripAdvisor takes an active editorial role in packaging and promoting user content, a judge could rule that the website is not protected by Section 230 and is therefore liable for potentially defamatory reviews. For example, if the owners of the Mexican hotel determined that the Texas woman's claims were baseless, they could sue both the woman and TripAdvisor for publishing a false statement that damaged the resort's reputation. That might explain why they've taken a heavy hand in deleting posts alleging criminal activity.

In a statement, TripAdvisor apologized to the Texas woman for originally deleting her post (it was recently re-published... 2,600 pages deep into the site's archives) and blamed the removal on its old policies. The travel site claims to have posted "thousands" of first-hand accounts of sexual assaults and robberies in its reviews and travel forums since those policies were lifted. The policy against "third-party" information, however, still stands.

The Benefit of Badges

Additionally, TripAdvisor announced the creation of a new notification "badge" that pops up to alert users to any "health, safety or discrimination issues" regarding a specific business. Although the New York Times originally reported that TripAdvisor would post the warning based on "news reports as well as comments from the TripAdvisor community," a TripAdvisor spokesperson clarified the policy in an email to HowStuffWorks.

"Our goal is to notify travelers when there is an issue getting significant media attention elsewhere that is not necessarily apparent in reviews."
Tara Lieberman, senior public relations specialist, TripAdvisor

The warning badge itself doesn't mention the specifics of any assaults or thefts, but merely says that TripAdvisor "has been made aware of recent media reports or events concerning this property" and that users should "perform additional research" when making their travel plans.

Binkovitz thinks that the warning badge is probably a "sensible move," a way of alerting customers to a potential risk without making specific claims. It's not only a protection against TripAdvisor being sued for defamation, but it could potentially satisfy the website's legal "duty to warn."

In that case, Internet Brands, the owner of the modeling website, couldn't hide behind Section 230 protection because the issue wasn't the content of the fake posts, but the fact that the website knew about these assaults and failed to warn its users.

"That's a pretty big change in terms of Section 230," says Binkovitz. "Under that kind of theory, you might be able to argue that a website like TripAdvisor has a duty to warn about the danger of a sexual assault occurring at a hotel. It's going to require, I think, that the plaintiff be able to show that the website operator knew of a real risk, not just that something had happened at that location previously. That's really the cutting edge of this law right now."

Now That's Interesting
TripAdvisor was sued for defamation in 2013 by the owner of the Grand Resort Hotel and Convention Center in Pigeon Forge, Tennessee which topped the website's list of the "Dirtiest hotels in America" based on user reviews. The judge dismissed the case, saying that "even the most careless reader" wouldn't believe that the hotel in question was "literally the dirtiest hotel in the United States." 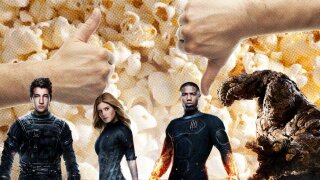 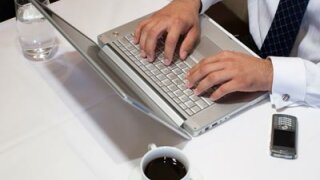 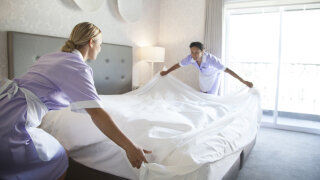 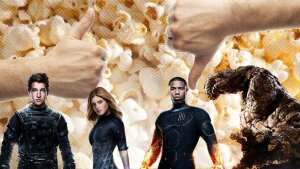 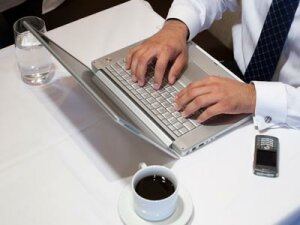