The Cost of Rehab 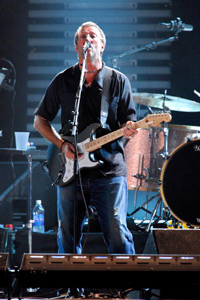 Rehab can be a costly proposition for many people. Even though the cost to the individual patient and his family has declined in recent years, treatment programs often reach into the thousands of dollars. In 2002, the average cost of a rehab treatment program was around $1,400. Residential treatment rates stood around $3,800, and outpatient methadone treatments cost an average of about $7,400.

Some rehab facilities' inpatient treatment programs can cost into the tens of thousands of dollars. Crossroads Centre, a rehab center in Antigua, West Indies, founded by guitarist Eric Clapton, charges an average of $15,000 per month for treatment [source: Addiction Resource Guide].

The burden of paying for rehabs has shifted largely to the public sector, namely states. Medicaid, state-sponsored insurance programs for the poor, and other state agencies paid almost 60 percent of the total cost of rehab in 2003. That year, a total of $20.7 billion was spent on treating individuals with a substance dependency.

Supporters of treatment programs point out that there is a cost/benefit analysis that should be conducted when viewing the expenditure of state money on rehab for individuals. One study concluded that the cost to society for alcohol and illicit drug use (including tobacco) totaled $500 billion in 2002 [source: NIDA]. This cost includes health care, loss of property, crime and other factors that society as a whole pays for, like prison systems. A 1993 Mothers Against Drunk Driving (MADD)-funded study determined that the total cost borne by society for alcoholism came to $148 billion.

Some studies have shown that treatment programs have a tendency to actually offset some of that cost to society. One study by the NIAAA showed that for every dollar spent on rehab, three dollars were saved in other costs associated with the effects of addiction [source: ENotAlone].

Another study pointed out the human cost of alcoholism. Working off of the estimate that there are about 12 million alcoholics in the United States (an estimated 30 million in the United States, Japan and Europe combined), and calculating that each alcoholic may have a spouse, children and other close family members, the researchers concluded that as many as 60 million Americans were affected by alcoholism [sources:ENotAlone, Biotie].

For more information on rehab and related topics, check out the links below.