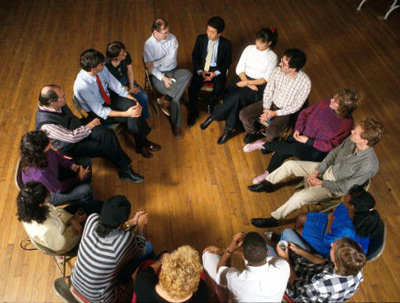 Complete abstinence is the goal of rehab, and as such, this is how rehab's effectiveness is measured. For decades, a bounty of studies on how well rehab treatments work have been conducted, and what they've shown is that the most effective treatment is a combination of different treatment types.

Using Cognitive Behavioral Therapy counseling along with medications, for example, has provided higher success rates than either of the two alone. Perhaps the most effective treatment combination is a treatment regimen consisting of a treatment program (residential, outpatient, etc.) along with attendance of a 12-step program, and weekly counseling sessions, either individual or group.

­A study conducted in 1994 called the Target Cities Project showed that people who had completed a drug dependency treatment program, attended one 12-step program per week and had one counseling session per week had an 87 percent chance of abstinence six months after completion of treatment.

The study shows that 12-step programs and counseling play an important role in an addict's rehabilitation. Even among treatment dropouts who attended weekly 12-step meetings and engaged in counseling five times per week, the abstinence rate was 74 percent. Conversely, those who completed a treatment program but did not attend 12-step meetings, yet did attend counseling sessions five times per week, had an abstinence rate of 62 percent [source: American Journal of Drug and Alcohol Abuse].

Another study found that a person who attended four more group or 12-step sessions and one more individual counseling session per month than another person has a 40 percent less chance of relapse [source: NIDA].

The length of time spent in a treatment program also affects the probability for success. Three months is the minimum recommended length of a treatment program in order to gain the best chances of achieving abstinence down the road. There are also other factors that have been shown to make rehab most effective. Coexisting psychological problems, like an anxiety disorder or depression, should be treated in a program that addresses both the dependency and the disorder together. This approach is especially important in treating compulsive disorders like sexual addictions and binge-eating disorders. These types of addictions are often the result of an underlying, related psychological disorder. Many cases of gambling addiction also coexist with substance abuse problems, and both problems should be addressed simultaneously.

It's also been widely held that rehab works best if the patient is willing and ready to discontinue his substance abuse. But recent studies of inmates at correctional facilities who are forced into prison treatment programs have shown that rehab in jail can lead to not only abstinence after release, but also lowers rates of criminal recidivism -- repeating an offense after having been punished for it before. As a result, confidence in involuntary treatment programs has increased. In some U.S. states, "drug courts" have been organized; judges can choose to sentence offenders to treatment programs rather than prison. In 2004, the court system referred 36 percent of Americans who received treatment.

Some nontraditional treatment programs also boast of impressive success rates. The Jude Thaddeus Program at the St. Jude Treatment House in New York says that it has produced a 65 percent success rate from its exclusive program.

Despite the success that some treatment programs have demonstrated, for many people, rehab isn't an option. In contrast to the 3.9 million Americans who received treatment in 2005, an estimated 20 million more needed treatment but did not receive it [source: Dept. of Health and Human Services]. Chief among the reasons why people didn't seek treatment was the cost of rehab.

In the next section, we'll learn about rehab's costs, both to the patient and to society.