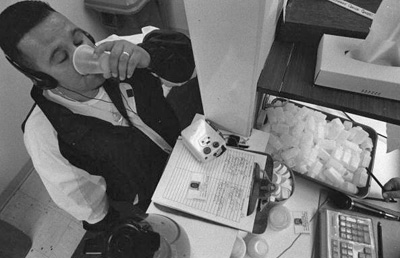 To understand rehab-treatment methods, we must first understand how addiction works. Our understanding of addiction has evolved over the past two centuries, and we've arrived at the conclusion that addiction is a "brain disease." Under this model, addiction is a chemical transition that takes place within the brain's processes. This transition takes the decision of whether to abuse a substance or engage in a compulsive behavior out of the hands of the addict.

­To this end, addiction researchers have concluded that treatment is a long, multifaceted process that takes time. How much time is debatable; some say a month, some say a lifetime. But most modern researchers have concluded that treatment should consist of a combination of methods in order to achieve the highest potential for lifetime abstinence.

When an addict enters rehab for a substance-abuse problem, the first order of treatment is to help him through the withdrawal process. Some rehabs end there, while others include them as part of a larger treatment program including other aspects detailed below.

Twelve-step programs are considered by many addiction researchers to be the most effective form of treatment. The 12 steps to recovery, originally created by AA cofounders Bill W. and Dr. Bob, have been shown to increase sobriety rates over two years by 30 percent compared with Cognitive Behavioral Counseling (more on that later). Though it's repeatedly been shown to be effective, it's often criticized as being too indulgent to the addict's ego and too reliant on a belief in God. As a response to this, Narcotics Anonymous, one of the many 12-step programs that has roots in AA, has molded its program to support both believers as well as atheists.

Cognitive Behavioral Counseling (CBC) is a type of psychotherapy that's used for a variety of mental disorders, like depression and post-traumatic stress disorder. CBC practitioners believe that concentrating on the reasons for the addict's behavior can help eradicate addiction from his life. Most rehabs include CBC as part of an overall treatment program, and counseling is usually offered in group, individual and family settings.

Medication is another aspect of modern dependency treatment. Medications may be used to help alleviate the physical and psychological symptoms of withdrawal. Heroin withdrawal is considered particularly excruciating, so methadone is often administered during the weeklong withdrawal period, but it's also used as a long-term treatment.

Antidepressants are also commonly used in the rehab setting. Depression may exist in conjunction with an addiction -- either a substance dependency or a compulsive disorder -- and may be used as part of treatment in both cases.

There's also a wide variety of nontraditional methods of treating addictive behavior. Some are ancient-- acupuncture is one good example of this kind of treatment. Others are relatively new, like the detox treatment created by Scientologist founder L. Ron Hubbard. This treatment is purported to rid the body of toxins and addictive substances through a regimen of vitamins, exercise and exposure to saunas.

Some conventional rehab facilities incorporate nontraditional methods of treatment into their wider program. High-end facilities sometimes include as treatment wilderness survival programs to build self-confidence and activities like helicopter rides to inspire awe and humility.

Other nontraditional programs stand alone. The Jude Thaddeus Program uses no medications and operates on the notion that addiction is a learned behavior that can simply be unlearned. Rather than viewing the battle against addiction as a lifelong process, this program aims to completely free its patients after a six-week stay.

But do these programs -- in conjunction or alone -- have any affect on addiction? In the next section we'll learn whether or not rehab works. 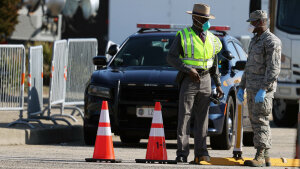