by Dave Roos Mar 31, 2017
Fake Donald Trump tweets are seen in a Twitter timeline on Jan. 27, 2017. A site in China has been generating fake tweets that look as if they came from U.S. president Donald Trump and are being used to mock the president. Jaap Arriens/NurPhoto via Getty Images

Keep it real — have you ever shared an article on Twitter or Facebook after only reading the headline? If not, then you're in the minority. According to a social media study published in 2016, nearly 60 percent of links shared on Twitter and Facebook have never been clicked.

"People are more willing to share an article than read it," said the study's co-author Arnaud Legout in a statement. "This is typical of modern information consumption. People form an opinion based on a summary, or summary of summaries, without making the effort to go deeper."

And they should go deeper, because the fake news phenomena isn't fake at all, and it isn't confined to fringe websites and your uncle's Facebook. Type "first African-American president of the United States" into Google and see what comes up. The very top result (at least at time of publication) is a link to a 2008 blog post claiming that Barack Obama was in fact the nation's seventh black president. (Betcha didn't know that Abraham Lincoln and Dwight D. Eisenhower were black. Neither did they.)

The fact that you've made it all the way to this paragraph means that you're not afraid to "go deep." So how can you be sure that what you're reading on the internet is true or not?

Alexios Mantzarlis leads the International Fact-Checking Network at the Poynter Institute for Media Studies. While he says that fact-checking is indeed everyone's job — media outlets, social media networks, teachers, readers — it doesn't have to be a drag.

"None of this is rocket science," Mantzarlis says. "It starts with actually opening the link and seeing whether the body of the text actually supports the headline. Because very often it doesn't."

Before you share that link across your social network, Mantzarlis has some other suggestions and tools for separating real news from fake."

Who's behind the abbreviated link? Sometimes, those links shortened on Twitter with "bit.ly" or "tinyurl" are designed to hide a phony URL. One good example is ABCnews.com.co, a news parody site that masqueraded as the real ABC News during the run-up to the 2016 presidential election. The site published widely-shared stories about how the Amish would vote in droves for Trump and an atheist mayor who fired a firefighter for praying.

Who owns the URL? If you have doubts, you can quickly check who owns it through a WHOIS search. Even though ABCnews.com.co is down now, you can see that the web address is owned by a guy named Paul Horner in Phoenix (who feels bad, incidentally, about his possible role in influencing the election). The real ABCnews.com is owned by ABC Inc. and Disney.

What about the photo? A reverse image search is another easy way to quickly check the veracity of a new story, especially for breaking news. In the wake of a real terrorist attack or natural disaster, Mantzarlis says that fake news sites will try to cash in on a heightened emotional moment by fooling readers with powerful, but unrelated pictures.

"The story will say, 'Look, this is the photo of the terrorist!' or 'This is happening right now in Paris,'" says Mantzarlis. "The first thing to check is if that photo has been around for three or four years. If it has, you can be pretty sure it's not from whatever it's claiming to be."

To check the history of an online image in Google Chrome, just right-click on the image and select "Search Google for image." The results will show you everywhere else that the photo or image has been published. If it's truly fresh, you will only see a few links published in the past few hours. If it's old, you'll see links going back for years, many of them from equally fake news stories.

Is the Twitter handle real or fake? Spoof accounts are a big problem. If it's really from a celebrity or public figure, there should be a blue verified icon next to the person's name. Also, check when the account was created. A fake news account will probably have a recent date, in response to some news item.

Fake news sites will also doctor a supposed screenshot of a Twitter post from a politician and report the Photoshopped statement as news. Again, if the tweet sounds too crazy to be true, it's worth a look at the politician's or celebrity's verified Twitter feed to see if the statement is really there.

Sometimes fake stories will explain the missing tweet by alleging that the politician deleted it after public outcry. But there's a way to check if that is true too. Go to Politiwoops, a website from ProPublica that lists all deleted tweets from sitting political officials and candidates. If the deleted tweet isn't there, either, it probably never existed in the first place.

Real sender or bot? Twitter bots are the truth-killers of the Twitterverse. One way to root them out is to drop a suspicious handle into the search engine foller.me. See how often the user tweets, how many people they follow (and more importantly, who follows them), and when they tweet. Check out the bar graph on the bottom of each profile, which shows the hours of the day when the user typically tweets. A bot doesn't need to sleep, but most humans do.

Now That's Cool
On Sunday, April 2, fact-checking organizations around the world will be holding events to commemorate the first-ever International Fact-Checking Day. Attend one of many Fake News Trivia Nights at bars across the Washington D.C. area (test your hoax-spotting skills with some sample questions). Or if you're a teacher, download free lesson plans to help your students better navigate the (mis)information superhighway. 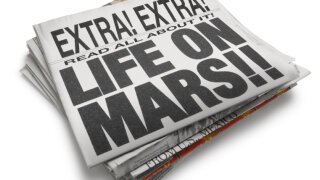 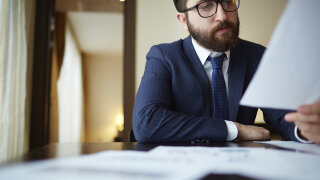 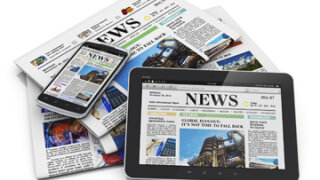