Browse the article What Is the Rasta Movement All About? 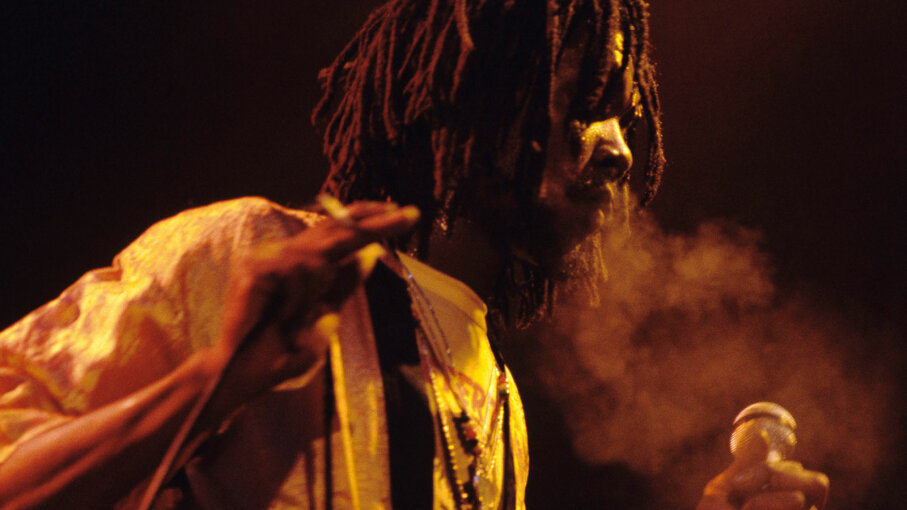 Reggae singer and Rastafarian Peter Tosh performs at Alex Cooley's Capri Ballroom in Atlanta, in 1979. Tosh was famous for a song called "Legalize It," advocating for the legalization of marijuana, which is seen as a sacrament in Rastafari. Tom Hill/Getty Images

First of all, the proper term is Rastafari, explains Jahlani Niaah, a lecturer with the Institute of Caribbean Studies at the University of West Indies, where he teaches courses in Rastafari studies. "Rastafarian" implies that the individual is a follower, and "Rastafarianism" rings of dogma.

"Rastafari refers to the religion, the adherents, the whole cultural group, singular and plural," says Niaah. The shortened form, "Rasta," is also acceptable.

Rastafari believe that Emperor Haile Selassie I of Ethiopia was far more than an African King — he was God incarnate. For Rastafari, the Ethiopian monarch was either the Second Coming of Jesus Christ or an earthly manifestation of the Godhead. In Rasta parlance, he's "Jah," a shortening of Jehovah from the Old Testament.

Haile Selassie's coronation in 1930 is viewed by Rastafari as the fulfillment of both biblical and modern prophecy. The king's royal line can be traced back to King Solomon, who bore an heir with the visiting Queen of Sheba. Solomon's father was King David, placing Haile Selassie in the same bloodline as Jesus.

In 1920, the black nationalist leader Marcus Garvey gave a speech that Rastafari take as prophecy. "Look to Africa," said Garvey, "when a black king shall be crowned, for the day of deliverance is at hand." Garvey was drawing on a biblical verse (Psalm: 68:31) that says "Princes shall come out of Egypt; Ethiopia shall soon stretch out her hands unto God."

For centuries, Ethiopian emperors have carried the biblical titles "King of Kings", "Lord of Lords," and the "Conquering Lion of Judah." For Rastafari, this was further proof of Haile Selassie's divinity.

Haile Selassie I, Emperor of Ethiopia, greets a delegation of Rastafari leaders at a reception on April 21, 1966, in Kingston, Jamaica.
Michael Ochs Archives/Getty Images

"A king had been crowned who bore a name that spoke to the power of the Holy Trinity seated on the throne of David, which were the expectations that the Rastafari had [for the Messiah]," says Niaah.

The very name Rastafari comes from Haile Selassie. Before he was crowned emperor, Haile Selassie's given name was Ras (or "Prince") Tafari Makonnen. When Rastafari invoke his name, it's either as "His Imperial Majesty" or "Jah Rastafari." Most Rastafari do not believe Selassie died in 1975, since he is divine; rather he "disappeared." (For the record, Selassie was a Christian and never claimed to be a deity.)

At its heart, Rastafari is an African liberation movement born of centuries of oppression at the hands of slavery and colonialism. In the Rastafari worldview, Africa is "Zion," the promised land, and Ethiopia is the Garden of Eden, an earthly paradise. People living in the African diaspora, however — whether it's in Jamaica, the United States, Europe or elsewhere — are living in exile in "Babylon" under systems designed to oppress and repress.

Early Rastafari leaders like Leonard Howell preached that the goal of every Rastafari should be "repatriation," to return and live in Africa. While that still remains the goal of many modern Rastafari, others maintain a veneration of Africa while attempting to build strong and authentic Rasta communities in their home countries.

One of the objectives of Rastafari is to expand one's "livity," the divine life-force within every man and woman. Since the presence of Jah is in all living things, Rastafari often refer to themselves as "I and I," as in "Jah and I" or the interconnectedness of all mankind. Rastafari believe that the best way to cultivate this divine energy is by living as closely connected to nature as possible.

Dreadlocks are a visible outward expression of the Rasta lifestyle. The wearing of dreadlocks originated with an Old Testament commandment found in Leviticus 21:5: "They shall not make baldness upon their head," but has grown to have many meanings, explains Niaah.

Signs are displayed in a Rastafarian compound in 2017 in Shashamene, Ethopia. Rastafarians from various countries continue to live in Shashamane after Haile Selassie donated 500 acres of land to allow them to settle. At one point there were about 2,000 Rastafarians living in the community but that number has now dwindled to around 300.
Carl Court/Getty Images

"Dreadlocks represent man in his ungroomed natural beauty," Niaah says. "And they become a kind of antennae for your spiritual aura. It's a part of a connection to the universe that is yours."

The Rastafarian diet, known as "ital," also emphasizes natural, organic ingredients with minimal salt and sugar, and little if any meat. Many Rastafari are vegan, and some eat only raw foods. The ital lifestyle has a lot in common with popular plant-based diets in the West.

"The movement has become more legitimate in its logic and livity," says Niaah. "It's seen as a genuine custodian of a kind of human quality, a kind of thinking that is essential for humanity at this time."

The Role of 'Ganja'

Marijuana, which Rastafari call "ganja" or simply "the herb," is used as a spiritual enhancement and the sacrament of Rastafari spiritual practice. Well before science could explain the psychological and physiological benefits of CBD and THC, the Rastafari embraced the herb as a gift from nature.

"We understood its anti-inflammatory and calmative properties, and its function for human higher spiritual attainment," says Niaah. "It's perhaps that liminal mood that helps to frame the music and much of the philosophy and other discourse within the movement."

"Reasoning can last for a few minutes, a few days or a few weeks," says Niaah. "It's the modality for becoming and for sustaining the community."

In Jamaica, reggae music grew out of other popular musical styles of the 1950s and 1960s like ska and rock steady. By the 1970s, reggae had captured the hearts and minds of Jamaica's youth. Reggae came to represent the righteous struggle of the Rastafari against countless attempts by the Jamaican government to destroy the movement and literally bulldoze the community.

"These Jamaican artists emerge as third-world celebrities carrying this Rastafari message, and their rise to fame becomes the fascination of young people worldwide," says Niaah.

Niaah estimates that there are at least 8 to 10 million Rastafari worldwide spread across the Caribbean, Africa, North America, Europe and Australia. There's no official process for "becoming" Rastafari, just a desire to return from cultural "exile" to a place of spiritual growth and connectedness to nature.

While there's debate among Rastafari whether white people have a place in the movement, Rastafari has evolved into a movement with global reach and appeal.

"Rastafari is an African liberation movement which has globalized to become a human-centered liberation movement that appeals to people to have gone through a range of oppressive conditions including colonialism, which was not unique to Africa," says Niaah. "Others have found it a place to grow their own spiritual understanding and insight."

Now That's Cool
The symbolic colors of Rastafari are red, green, black and gold (not yellow). Gold represents the wealth of Ethiopia.