Browse the article How Punk Works 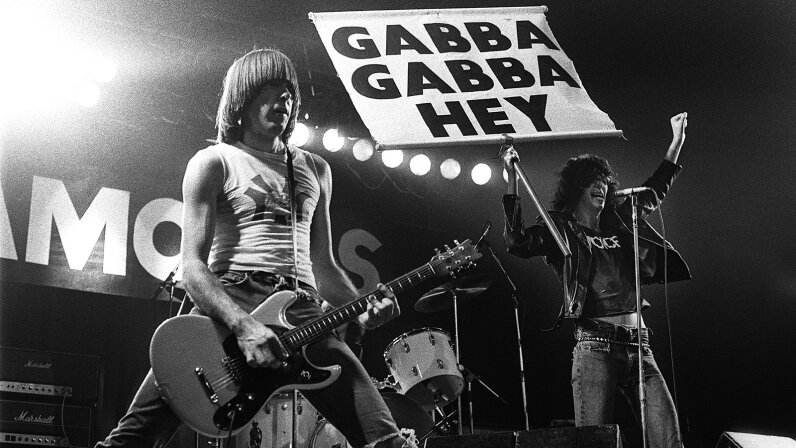 If you're a fan of Clint Eastwood movies, the word punk is used to describe the variety of miscreants who make Dirty Harry's trigger finger itch. If you're a fan of Ashton Kutcher, the word might remind you of the practical jokes he and his friends played out on celebrities during the mid-2000s — on television no less.

Then there are gutter punks, those unkempt street people that often roam the urban landscape in packs, not to be confused with steampunks, the strange-looking hipsters who look like they traveled in time from the Victorian era after joining a pipefitters union.

The point is, punk has many different meanings for many different people, but it is most commonly associated with a music and culture that started in the early 1970s and crested a decade later. Loud, fast and often angry songs featuring lots of down strokes on multiple electric guitars played by band members donning leather, ripped shirts, piercings and colorful mohawks are common descriptors of punk. The truth is, however, punk is way more than just about style and music. It began as a movement.

That movement brought together a wide range of people, sounds and styles. The common thread, according to punk historian and author of "We are the Clash: Reagan, Thatcher, and the Last Stand of a Band that Mattered" Mark Andersen, was a radical idealism. It was a sense of being socially outcast and the feeling that the rebel rock of previous generations had gone limp.

"The music and culture was generated by people on the margins and being a punk became a badge of honor," Andersen says. "It had some specific musical or fashion or hairstyle signifiers, but I think what is underneath all of that, and what is really the substance, is a challenging and creative spirit."

Johnny Ramone was a cofounder and lead guitarist for the New York City band the Ramones that helped put punk on the map. He told Rolling Stone in a 1976 interview that his band formed around a mutual feeling of exile, especially in their romantic pursuit of women.

"They always wanted to go with guys who had Corvettes, so we had nothing to do but climb on rooftops and sniff glue," he said.

Although punk's popularity has ebbed and flowed over the years, it's safe to say no one should be writing an obituary for it anytime soon. From Patti Smith, Iggy Pop and the New York Dolls to the Ramones, the Sex Pistols and The Clash, punk rockers have had a sweeping influence on music and culture. It can still be seen some 40 years after Sid Vicious died and more than a decade since the lights went off at the famed punk rock and new wave club CBGB in New York City.

The story of punk is a tale of youthful rebellion that ushered out the flower power and Nixon generation, replaced by something a little less hopeful and much darker around the edges. If hippies smoked weed, held hands and pranced around in circles chanting "give peace a chance," punks spiked heroin into their veins, slam danced on dirty club floors and yelled, "I wanna be your dog."

A Tale of Two Cities: A History of Punk 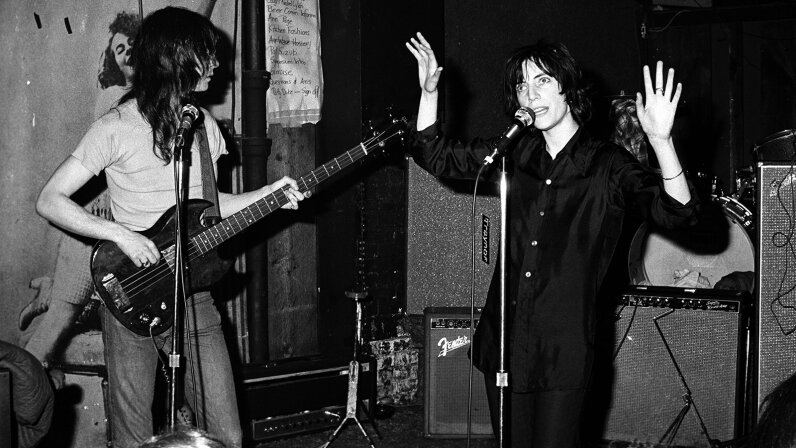 Punk's history is also a story of two cities — New York and London — where a similar sound and aesthetic took hold on largely parallel paths. That is until the Ramones and The Damned hopped in different directions across the Atlantic in the late '70s.

The roots began to form with proto-punk groups of the late '70s. Iggy Pop is often hailed as the "godfather of punk," thanks to the raw, wild sound that he helped capture as a front man for The Stooges. MC5 was a short-lived collaboration whose loud garage rock sound and radical political bent is credited with shaping what was to come next.

Both The Stooges and MC5 came out of Michigan, but it was the Big Apple where punk rock found its home. CBGB quickly became the movement's living room.

The late CBGB owner Hilly Kristal initially envisioned the East Village venue as a country, bluegrass and blues spot when he opened its doors in 1973. Within two years, CBGB became a musical flophouse of sorts for New York City musicians of a wide range of rock stripes. That includes seminal '70s rock bands Television, Blondie and Talking Heads, as well as punk rockers like the Ramones, Mink DeVille, Dead Boys and Misfits.

That's not to mention Patti Smith. NYC's "punk poet laureate" made her first appearance at CBGB in 1974 in the crowd watching a Television concert. Less than a year later, she was she was sharing the stage with the band during a seven-week residency that spawned much of the material for her debut album, "Horses."

"CBGB was the ideal place to sound a clarion call," Smith wrote in her 2010 memoir, "Just Kids." Andersen says Smith served as a bridge between the music of the '60s that preceded punk and what came later in the '80s. When she sang "We created it, let's take it over" on 1975's "My Generation," Smith was speaking for a generation of punk rockers who saw the music of the '50s and '60s move from rebel rock to big business, he says.

"There is a sense of the collapse of the rock culture," Andersen says. "Rock is business as usual and the radical politics of the '60s have proven illusory." The people who turned up at CBGB "were all are trying to have another stab at doing something raw and real."

Other venues like Max's Kansas City, Tier 3 and Club 82 also served as punk havens, but CBGB remained the mecca. So much so that it was the first American venue British punk band The Damned hit when they came stateside in 1977.

The Ramones played their first United Kingdom show less than a year earlier, an interestingly timed Independence Day gig at the Roundhouse in London. They met members of the Sex Pistols and The Clash, a pair of bands who would be the face of the nascent British punk rock scene, at a follow up performance the following night.

"Something analogous is happening in London at this point," Andersen says. "The Sex Pistols are the spark that ignites the dynamite and The Clash is where the politics come into focus. The reverberations quickly became global."

Hardcore and the District of Punk 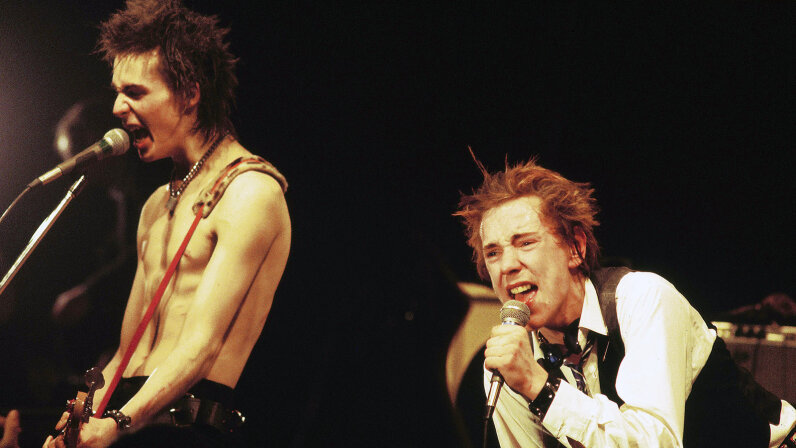 There is an inherent problem with any sort of rebel culture. People who join together to flip a huge middle finger at any and all rules and societal norms inevitably start to develop their own rules and norms. In the punk world, that's what spawned hardcore.

"There's always that restless sort of energy that says 'OK, we did that, what's next?'" Anderson says. "We're rebelling against this, but then what happens when who we do becomes the standard? You have people saying we will not allow you to summarize us as a haircut or a sound or a political stance."

Sex Pistols bassist Sid Vicious is often considered the face of both punk rock and the roller coaster lifestyle of hard drugs that regularly came with it. He died at just age 22 from a heroin overdose on Feb. 2, 1979. He was in New York City awaiting trial for allegedly killing his girlfriend Nancy Spungen in their Chelsea Hotel room and shortly after being released from jail for stabbing Patti Smith's brother.

When Vicious passed away, some called it the death of punk rock. What happened instead was the rise of a new brand of punk — faster, harder, louder — called hardcore. Although NYC and London remained integral parts of that scene, hardcore also took root in San Francisco and Washington, D.C.

"D.C. was then, and to some extent, still is seen as a government town, not a rock bastion," Andersen says. "The punk scene began developing in the mid-'70s, but it was very small and not terribly cutting edge by New York standards. That changed with the arrival of Bad Brains. This is the stuff that really makes the big noise."

Bad Brains turned heads not only for speeding up the punk sound, but also because they were four black guys from the predominantly African American section of Southeast D.C. Punk at that point had been a white, often male scene.

"They are groundbreaking in many ways, including as one of the original creators of hardcore punk," Andersen says. "They come out of the jazz fusion and funk culture, but they got a hold of punk rock and decided to make it theirs."

Meanwhile, a similar sound was emerging on the West Coast of the U.S. Black Flag planted the hardcore banner from a graffiti strewn perch in San Francisco. The band borrowed punk's anti-authority message and added elements of everything from jazz to heavy metal. It took the do-it-yourself mentality made necessary by the lack of interest from the music industry to a new level.

"The DIY thing was bands saying we want to create our music and part of that is presenting it ourselves without any input from record labels," Andersen says.

Black Flag also got a kick in the head from a D.C. transplant when Henry Rollins moved across the country to join the band as lead vocalist in 1981.

Who Said Punk Is Dead? 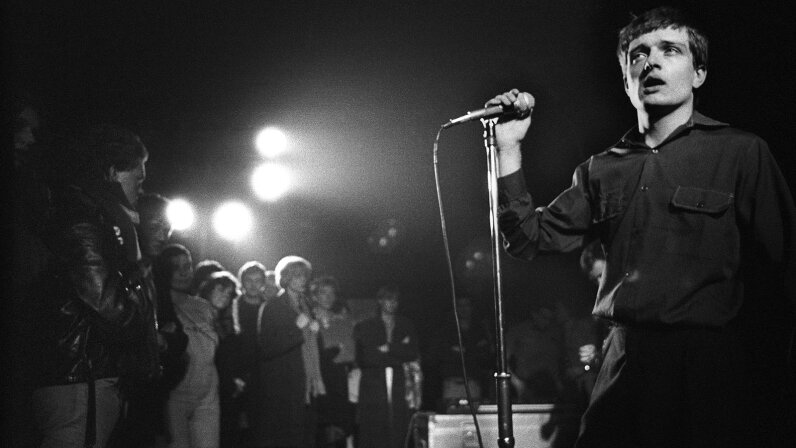 Hardcore started a change of direction for punk rock, which eventually stretched its tentacles into new wave, grunge and even synth pop in the '80s and '90s. In many ways, post-punk bands like Joy Division, Public Image Limited (featuring former Sex Pistols singer Johnny Rotten), and Siouxsie and the Banshees marked a return to the proto-punk garage rock of bands like the Talking Heads and the Stooges.

It's often said that The Velvet Underground's 1967 collaboration with vocalist Nico only sold 30,000 records, but that everyone who bought the album decided to start a band. The same could be said for Joy Division, whose brief stint in the late '70s influenced everyone from U2 and Radiohead to Tyler, the Creator and Lupe Fiasco.

Joy Division's four-year run also ushered in a shift from the loud anger of punk and hardcore to the moody, synth sound of new wave. After lead singer Ian Curtis killed himself in 1980, the remaining members created mega-successful new wave band New Order and launched post-punk into the '80s dance club era. But by the time bands like the Psychedelic Furs, Thompson Twins and OMD began popping up on the soundtracks for John Hughes teen movies, new wave was harder to directly connect to its punk forefathers.

Sid Vicious' death in 1979 is still often considered the day punk died. For some, Green Day's ascension to the top of the pop charts with "Dookie" 15 years later was like the music industry kicking a dead dog.

But Andersen says the spirit behind the punk movement "keeps being reborn." He said he sees it particularly in the Riot grrrl feminist punk movement of the '90s and Taqwacore, an Islamic punk scene in the United Kingdom.

"What we have seen is that punk can never die," Andersen says. "There is this spirit that animates it that is constantly being revived."