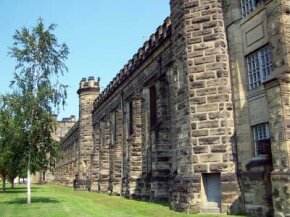 Back in the early 1990s, most of us weren't yet savvy Internet surfers. We still got all our news from the paper rather than Web sites, and e-mail hadn't yet taken over faxes and letters in our business and personal lives. Many of us were still years away from learning about the possibilities of the Internet -- that is, if we'd heard of it at all. However, Bill Burrall, a computer instructor for Moundville Junior High School in West Virginia, was ahead of us. He'd already been steeped in the Internet world for over a decade, and was not only thoroughly familiar with it, but recognized its educational potential for students.

Using the AT&T Learning Network, a worldwide educational Internet community, Burrall and his middle school classes participated in a valuable telecommunications project where kids got the chance to correspond with other classes from around the country and around the world. After realizing the success of these projects, Burrall decided to take advantage of the same system in a new way that later put him in the national spotlight.

As it happened, Moundsville Junior High was situated merely a few blocks from West Virginia's State Penitentiary. Where most teachers would have found this close proximity a source of concern, Burrall saw opportunity. The school would serve as a focal point for Burrall's revolutionary prison project, which used telecommunications to connect kids from around the world to the prison's inmates. After a year of struggle to get his idea approved by the school board and eventually the governor, Burrall was finally able to launch his prison project in 1992, later known as the "Inmates and Alternatives Project."

Read the next page to find out how Burrall used telecommunications to offer students life-altering experiences.

In a vastly different approach to gain inmate insight, Bill Geerhart, a pop-culture historian, mailed letters to notorious murderers posing as a conflicted 10 year old with questions about whether to stay in school. He later published what he claimed were actual responses from such people as Charles Manson, Richard Ramirez and Ted Kacynski -- some disturbing, some unintelligible [Source: RADAR]. 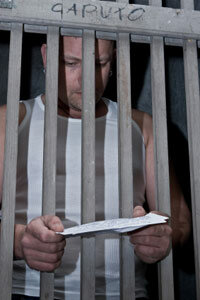 For the prison project, inmates received a printout of the children's questions so that they could respond.­
iStockPhoto/Andrejs Zemdega

­As an authority on educational telecommunications, Burrall had the advantage of being one of eight coordinators in the AT&T Learning Network, which consisted of 50,000 students in 22 foreign countries [source: Burrall]. This helped him orchestrate a system where he could communicate with other middle-school teachers from such places as Louisiana, Alaska and the Netherlands.

Meanwhile, Burrall partnered with the education department at the West Virginia State Penitentiary. There, several inmates volunteered to become "pen pals" (pun intended) with students. Of the twelve participants, six were "lifers," meaning they had been sentenced to life in prison. To kick things off, Burrall asked these inmates to assume pseudonyms (fake names) and write short biographies of themselves. Taking names from the J.R.R. Tolkien Lord of the Rings trilogy, such as "Frodo" and "Pippin," many listed their hobbies and described their families and what life was like before prison.

The inmates would submit their letters to the prison's electronic bulletin board, known as the "Play Pen." The educational director at the prison, who would read over them, then sent them to Burrall at Moundsville. Burrall would look them over before disseminating them to the appropriate schools.

Burrall assigned one inmate to each of the participating schools including his own, so that each class could serve as a consistent pen pal to a particular inmate. After reading the inmate's biography, the teacher helped students to come up with a set of 10 questions for their pen pal having to do with "society's problems." Students submitted these questions onto an electronic bulletin board (anonymously) under the teachers' supervision. They commonly asked about the inmate's relationship with his family or what life was like in prison. The inmates responded to these questions, and the kids were then allowed to ask more questions. This correspondence went on for about 15 weeks.

Although there was concern about the prisoners' responses, the inmates' answers were better than even Burrall hoped. Amazingly, Burrall asserts that neither he nor the prison's educational director ever needed to censor inappropriate material in the inmates' letters [source: Burrall]. Instead, the prisoners were quick to warn the students about how easy it is to go down the wrong path and described the despair they felt in prison. Burrall claims that the "virtual bond" formed during the correspondence challenged the students' misconceptions [source: Burrall]. Prisoners also showed their appreciation of the project, claiming that it helped them to gain personal insight [source: Burrall].

After a few successful semesters of working with many different schools, the project ended -- partly because the prison closed, and partly because Burrall was chosen as IBM's National Teacher of the Year for Technology and as a result of this honor took several years to tour the country and give talks about the project to other educators. The project has even been given the distinction of being archived in the Smithsonian.

Since then, some educators have been able to replicate the project, such as one known as the Harlem Valley Project in New York, which also ran for a few semesters.

For more information on prison life and telecommunications technology, explore the links on the next page.

Although they are often compared, Bill Burrall's Prison Project is drastically different from "Scared Straight" programs, where adolescents personally visit prisons to learn about life inside. For instance, Burrall's program let kids in remote areas (such as the kids in one Alaskan school) have the opportunity to connect with prisoners. In addition, the anonymity allowed inmates to open up more, ensuring the emotional efficacy of the program, as well as the safety of the kids.

Jane McGrath "What was the Prison Project?" 27 May 2008.
HowStuffWorks.com. <https://people.howstuffworks.com/prison-project.htm> 5 May 2021
Print | Citation