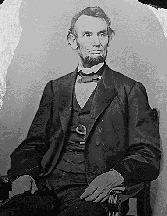 Who knew? Abraham Lincoln pardoned a man convicted of bestiality.
Courtesy of the National Archives

There have been thousands upon thousands of presidential pardons granted over the centuries since President George Washington took the oath of office. The vast majority is less than noteworthy, and as a result, flies under the public's radar. Some, however, seem ready-built for public attention and can read like an article from a tabloid.

Take President Bill Clinton. He came under fire when he pardoned tax evader Marc Rich, who is best known for leaving his 1040 blank to the tune of nearly $50 million. Clinton, whose presidential library received a donation by Rich's ex-wife, pardoned Rich while the businessman was living in Switzerland [Source: Time].

Democrats aren't the only ones subject to scrutiny for their pardons. Long before his son's pardon of Libby was bestowed, Republican president George H.W. Bush generated ire when he pardoned Caspar Weinberger, the man who served as Secretary of Defense while Bush served as vice president. Bush pardoned Weinberger, who along with others, had been convicted for illegally conducting arms sales with Iran, which was using the profits to fund the Contra rebel guerilla army in Nicaragua.

When President Andrew Johnson pardoned soldiers who had fought for the Confederacy during the Civil War, he included a list of exclusions that kept just about any moneyed Confederates from being eligible for the pardon [Source: Encyclopedia Britannica Online].

One little known pardon is that of Arthur O'Bryan. President Abraham Lincoln pardoned the Washington D.C. man after he was convicted of attempted bestiality. The man was released because Lincoln felt the man had led an otherwise exemplary life, and because the man had been drunk at the time of the offense [Source: Lincoln Archives].

Some well-known pardons, like Patty Hearst's, continue to fascinate us. Granddaughter of publishing magnate William Randolph Hearst, Patty Hearst was kidnapped in 1974 by the then-unknown radical group, the Symbionese Liberation Army (SLA) and claimed to have been held for weeks and brainwashed. That same year she assisted the SLA in bank robberies and other crimes until the urban guerilla group's location was discovered by police. At her trial, Hearst maintained she participated in the criminal activities under psychological and physical duress, but was sentenced to seven years in prison. She served two years of her sentence before it was commuted by President Jimmy Carter, who later asked President Bill Clinton to pardon Hearst. Clinton pardoned her in 2001.

Eugene V. Debs was a presidential candidate for the Socialist Party five times: in 1900, 1904, 1908, 1912 and 1920. His last race was conducted behind the bars of the federal penitentiary in Atlanta, where he managed to garner nearly one million votes. Debs had been convicted of treasonous speech under the Espionage Act for speaking out against the American involvement in World War I. He was sentenced to 10 years in prison in 1918. Debs was released in 1921 when President Warren Harding issued a blanket pardon to anyone convicted under the Espionage Act. The president asked Debs to drop by the White House after his release so Harding could meet him.

Iva Ikoku Toguri, “Tokyo Rose,” was convicted of treason for her role in Japanese propaganda during World War II.
Courtesy of the National Archives

Iva Ikoku Toguri received a pardon from President Gerald Ford, and the apologies of the nation. Toguri was one of several women who took turns reading Japanese propaganda on Radio Tokyo's "Zero Hour" program under the alias Tokyo Rose. But Toguri was the only American of the bunch and was convicted of treason after World War II, serving 10 years in prison. Decades later, after a reporter began investigating her case further, it was exposed that the charges of treason against her were trumped up and largely false, initiating the pardon from Ford.

But how can a pardon take someone who has been convicted of crimes against her country and, after 30 years, replace her status as an innocent person? In the next section we'll find out exactly how a pardon accomplishes this.