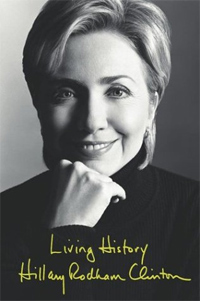 The writings of first ladies generally draw more interest than that of the presidents themselves. Most of the more recent former first ladies have author credits to their names:

Several first ladies have expressed sadness, fear and even grief at their husband's election to the office of President. Although able to express happiness for her spouse and what his victory means to him and even to the country, many a first lady has known the price that her husband's success would exact on her own life.

Eleanor Roosevelt was a prolific writer -- and not just by first lady standards. There are more than 15 books to her credit. During her husband's presidency, Mrs. Roosevelt even had a weekly newspaper column. Initially, she published a three-volume autobiography. It is the second volume of this work, "This I Remember," that can be considered a true first-lady memoir. It is obvious that the sole purpose behind the writing of this work is her husband:

... what I have to say, if it is to contribute anything more to the understanding of his life and character and objectives, must be about him as an individual. I do not claim that I can be entirely objective about him, but there are some things I know that I feel sure nobody else can know.

She later combined the three volumes -- "This Is My Story," "This I Remember" and "On My Own" -- into one work that she shortened and updated. Mrs. Roosevelt also added entirely new material in a final section entitled "The Search for Understanding."

I was happy for my husband ... But for myself I was deeply troubled. As I saw it, this meant the end of any personal life of my own ... I had seen what it meant to be the wife of a president, and I cannot say that I was pleased at the prospect.