Does a President Blocking Someone on Twitter Violate First Amendment Rights?

Critics of President Donald Trump seem to take it as a badge of honor when they've been blocked from his primary Twitter account @realDonaldTrump presumably because of their provocative replies to his tweets. They've even got their own hashtag, #BlockedByTrump, to signify membership in the virtual club.

One of the blocked users, San Francisco-based freelance journalist Jules Sudaltsev, told the Washington Post that he was "elated" when he was cut off from access to the President's tweets, after posting replies that referred to Trump as "an orange skinned tyrant" and urged him to take his young son Barron golfing.

But now, attorneys from the Knight First Amendment Institute at Columbia University have sent a letter to the President on behalf of two blocked Twitter users, asking that he unblock them and everyone else who's been stopped from seeing or responding to Trump's tweets. The reasoning? They argue that blocking those users violates their Constitutional right to free speech.

UPDATE: On July 11, 2017, the plaintiffs filed suit in federal court against President Trump, White House spokesperson Sean Spicer and White House social media director Dan Scavino. A federal judge ruled on May 23, 2018 that blocking users from viewing Trump's Twitter account is unconstitutional and a violation of the First Amendment.

The attorneys wrote that Trump's Twitter account, which he uses to communicate with the public about thoughts and decisions as President, qualifies as a "designated public forum" for First Amendment purposes — basically, the digital equivalent of a city council meeting or a park near the White House. As such, while the government can impose some restrictions upon speakers, it can't exclude them for being dissidents.

"Though the architects of the Constitution surely didn't contemplate presidential Twitter accounts, they understood that the President must not be allowed to banish views from public discourse simply because he finds them objectionable," Jameel Jaffer, the Knight Institute's executive director, said in a press release. "Having opened this forum to all comers, the President can't exclude people from it merely because he dislikes what they're saying."

This isn't the first time the issue has been raised. In a November 21, 2016, opinion piece in the New York Times, Danielle Keats Citron, a professor of law at the University of Maryland, argued that blocking Twitter followers isn't necessarily censorship, because the President can decide whether he wants to listen to the public, whether it's on Twitter or in a phone call. However, Citron added that "having a heavy hand on block and mute features would be costly to democratic values of transparency and public participation."

White House spokesperson Sean Spicer may have bolstered the institute lawyers' argument, when on June 6, 2017, he affirmed that President Trump's tweets were "official statements."

Now That's Interesting
In 2015 President Barack Obama was accused of blocking a teenager on Twitter, an account that was later debunked.

Too Much Charisma Can Actually Hurt a Leader's Effectiveness

The Famous 'Wow!' Signal Probably Wasn't Chatty Aliens After All 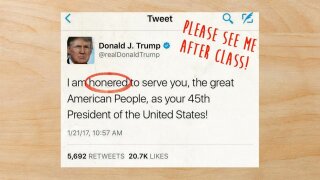 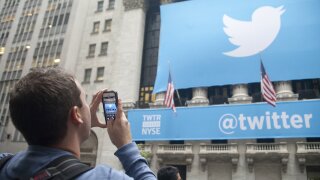 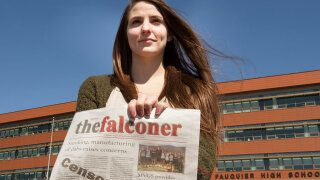