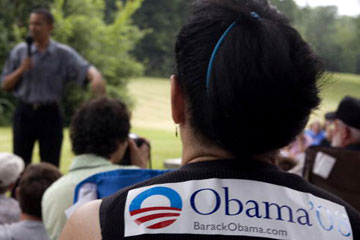 One of the reasons television audiences are increasingly inundated with political advertisements as elections approach is that stations are required by law to cut campaigns and interest groups a good deal. Under Federal Communications Commission regulations, TV stations must sell political commercial slots at the "lowest unit charge" in the 45 days before a primary and 60 days before a general election [source: Berkovitz]. That legal measure is meant to level the political playing field and ensure that a station, sensing the high pre-election demand, can't artificially inflate its advertising prices to profit from the democratic process.

But long before those commercials ever air, political advertising organizations -- official campaigns, super PACs, political party headquarters, political marketing agencies -- are busily digging up dirt and painstakingly crafting the mud pies they'll throw from screens. When it comes to attack ads, the feet on the ground for gathering up unsavory information about a rival candidate belong to oppositional research teams. These are the people combing speech transcripts, sponsored legislation, published papers and essays -- anything with the rival candidate's name attached -- to unearth inconsistencies and offenses that might sully his or her public reputation.

Technology has not only accelerated the pace of oppositional research, but has also made it much harder for politicians to cover up any dirty tracks, thanks to online search engines [source: Schouten]. During campaign season, oppositional research operations may also deploy trackers to tail candidates around the country at stump speeches, pancake breakfasts and anywhere else that a regrettable sound bite might pop up. Armed with digital cameras and editing software, trackers can almost instantly publish damning video content online that can be tweeted out instantly, blogged, messaged out to media reporters and, of course, worked into a vicious attack ad. Then, having compiled enormous dossiers of negative information about a candidate, special interest groups and political campaigns can tailor the perfectly damning message to be televised to the appropriate audience.

Determining the optimal selling points and audience for a candidate to court involves many of the same processes involved in consumer marketing [source: Palmer]. Political advertising agencies may gauge what issues and platforms matter most to different demographic groups by employing polls, surveys and focus groups. For more real-time results, pollsters may screen political attack ads or debates while focus group participants continually track their reactions on perception analyzer devices. In this approach, viewers simply turn a dial on the handheld gadgets up or down to register their immediate positive or negative reactions, respectively, to what's happening on screen, which helps the marketers fine-tune what does and doesn't resonate [source: Foreman].

In the modern age of Facebook and social media, microtargeting also has become one of the go-to methods for syncing a message with the most agreeable audience. Microtargeting involves strategists collecting the data that people share online about their daily lives, such as brand preferences, jobs, leisure activities and, of course, political preferences, and using it to serve up more customized advertisements on Web sites for discrete clusters of potential voters [source: McCoy]. If, for instance, an online advertisement for a Democratic candidate pops up in someone's browser window, there's a good chance that microtargeting has something to do with it. The status updates and tweets and online purchases that person made tipped off a campaign that he or she would be interested in their message. And often, despite protestations from online privacy advocates that would suggest the opposite, the messages that are most likely to incite action on election day are those that skew negative.