Do you study myeloid-derived heme oxygenase-1 and cancer in your spare time?

Are you pretty sure you understand why ribosomes act the way they do when moving along strands of RNA?

Not so much? Never fear. Science magazine is coming to the rescue for those of us who want to keep up on spectacularly intelligent doctoral research papers ... but also kind of don't want to read them. Their solution? Dance Your Ph.D.

That is, create a dance — ranging from wildly interpretative to occasionally quite clear — that explains your dissertation. So instead of parsing what no-doubt brilliant researcher Carla Brown and her colleagues are saying when they writes that "Colicins show potent activity against AIEC bacteria growing as biofilms when delivered either as a purified protein or through a colicin-producing bacterial strain," you can watch the super cool short film that explains those conclusions through a colorful dance.

It may seem like a bit of silliness, but keep in mind that disseminating science to the public isn't easy. With federal science funding in serious limbo, and issues with scientific research reaching headlines, it's a clever way to get people interested in examinations and studies they may not have access to — or understanding of.

Now in its ninth year, the contest features winners in biology, social science and chemistry categories, as well as an overall award. The big winner this year was Jacob Brubert's epic boogie about prosthetic heart valves (the person dressed up as a cow to represent the bovine heart valve even did the worm!). Brubert's video was a nearly seven-minute circus of performances depicting his work.

NOW THAT'S COOL
The winner of the Dance Your Ph.D. top prize gets $1,000. They also get to bask in the glory of a screening of their work at the annual American Association for the Advancement of Science conference (Science's publisher) and a free trip to the 2017 conference. The winners in each category get $500, and a whole lot of respect. 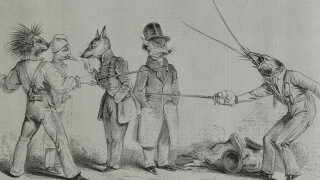 Stuff to Blow Your Mind Podcast: The 2016 Ig Nobels 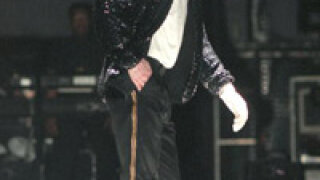