Browse the article Oxford Dictionaries' 2018 Word of the Year: Toxic 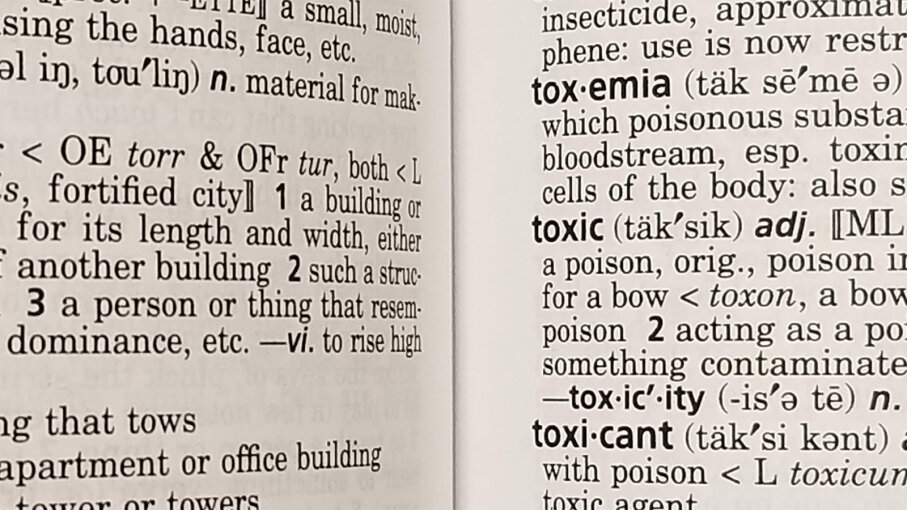 'Toxic' seems to be the mood of the world, as indicated by its choice as Oxford Dictionaries' Word of the Year for 2018. Teresa Crowder/Howstuffworks

Toxic. Unfortunately, the word seems to be hovering in the air these days.

Each year, Oxford Dictionaries' choice for Word of the Year is a carefully chosen word or expression (or in 2015, an emoji) that reflects the prevalent mood or preoccupation and has surged in use throughout the year. Oxford staff debate several possible choices and then settle on the word that best reflects the spirit of the time and has staying power. The word doesn't have to be new but does need to be notable in the year it's chosen. For those reasons, Oxford decided 2018 was toxic.

Searches for toxic increased 45 percent on Oxford's site this year. But what made it a standout was usage. More than ever, people are combining toxic with other words to describe an array of harms, both literal and descriptive.

Among the top 10 searches on Oxford's website that include toxic plus another word, the original meaning (poisonous) gets plenty of play:

And so do metaphorical meanings:

Toxic appears just about everywhere. Toxic waste creates environmental damage, such as air pollution, a major global health concern. Toxic environment, another term in the top 10, is used more to describe a harmful or hostile workplace than damage to the ecosystem. Toxic masculinity – a model of manhood geared toward dominance and control – came to the forefront with the #MeToo movement. Toxic chemical made headlines when a former Russian intelligence officer and his daughter were poisoned with a nerve agent. Toxic relationships can happen anywhere with anyone.

But back to Word of the Year. If you are a WOTY afficianado (and who isn't?), you may have noticed that sometimes there are different WOTYs for the U.S. and U.K. That's because usage develops differently, and some words don't translate well across the pond. Omnishambles comes to mind, 2012's word for the U.K. – meaning a badly mismanaged situation marked by blunders and mistakes. That year the U.S. word was GIF.

Now That's Interesting
All dictionaries have errors, including "ghost words" that came into being by mistake. The misreading of an editor's note, "D or d," meant as an abbreviation for "density," resulted in "Dord" appearing in Webster's for five years before anybody noticed it.