Obama Is Ordering a Push for Smart Guns. So What Are They?

As part of President Obama's newly announced list of executive actions to curb gun violence, he has directed the federal Departments of Defense, Justice and Homeland Security to track the development and promote the use of "smart gun" technology.

That probably led some folks to wonder: What is smart gun technology, exactly? And how might it prevent gun crimes and accidental deaths?

In his speech, Obama explained that he wants to find a technological fix that would prevent firearms from either being stolen by criminals or falling into the hands of children who might accidentally shoot themselves or others.

"If we can set it up so you can't unlock your phone unless you've got the right fingerprint, why can't we do the same thing for our guns?" he asked. "If there's an app that can help us find a missing tablet ... if we can do it for your iPad, there's no reason we can't do it with a stolen gun. If a child can't open a bottle of aspirin, we should make sure that they can't pull a trigger on a gun."

The idea of smart guns has been kicked around for several decades, according to Stephen Teret, a lawyer and the director of the Center for Law and the Public's Health at Johns Hopkins University. Back in 1994, the federal government funded research to develop technology that would prevent police officers from being disarmed by criminals and shot with their own weapons, a relatively infrequent but not unheard-of risk. Two years later, Colt Industries unveiled a prototype with an electronic system that prevented a handgun from being fired unless it received a wireless signal from a transmitter attached to the wrist of the officer's shooting hand.

Those early smart gun projects didn't pan out, in part because the technology wasn't sophisticated enough. "There was a legitimate question about whether they would be reliable," Teret says.

Smart gun technology has faced tough opposition from gun-rights activists, some of whom feared the government might use the electronics to monitor their weapons, according to a 2014 Bloomberg News article. After Smith & Wesson signed a 2000 agreement with the federal government in which it agreed to develop smart guns and other safety technology, for example, the company was hit with a boycott that reportedly nearly drove it out of business.

Nevertheless, research efforts have continued. A 2013 report from the National Institute of Justice listed numerous smart guns under development, including several that had reached "a technological maturity level that could at least be described as commercializable or pre-production."

One of the companies cited in the report, Utah-based Kodiak Industries, has developed the Intelligun, a fingerprint-based locking system for handguns. The 2013 federal report noted that the $399 device had reported a failure rate of 1 in 10,000 uses — making it more reliable than the .45-caliber pistol on which the locking system was installed.

Teret also cites Armatix, a German company that has developed a Smart System gun that automatically deactivates itself if it loses radio contact with the owner's wristwatch, a concept reminiscent of Colt's early smart gun efforts.

Teret says that while viable smart gun technology already exists, manufacturers have been reluctant to produce large quantities because they don't yet perceive sufficient demand for the gadgets.

"For these companies to make the investment to bring their innovations to the marketplace, they've got to receive a large purchase order," he says. "It's kind of a Catch-22 situation."

That's where the Obama initiative could have a major impact. In addition to keeping tabs on the state of the art in smart gun technology, the Pentagon, Homeland Security and the Justice Department "will consult with other agencies that acquire firearms and take appropriate steps to consider whether including such technology in specifications for acquisition of firearms would be consistent with operational needs," according to the White House's fact sheet.

"That raises the possibility of an extremely large order of smart guns being placed by the federal government, which is the single largest purchaser of guns in the nation," Teret explains. "This emboldens those companies to start moving forward."

Armatix spokesperson Helmut Brandtner also applauded the Obama move. "We see his initiatives as a confirmation of our smart gun technology and our way ahead despite all obstacles which we are still facing during the process of market introduction," he writes in an email.

Brandtner says that Armatix is developing a new 9 mm pistol with additional safety features, which will be ready for the market in early 2017.

Now This is Also Important
Not everybody, of course, is enthusiastic about the Obama push for smart guns. The National Rifle Association says that it doesn’t oppose smart gun technology per se, it "has always opposed prohibiting the sale and possession of firearms that don’t possess the technology." And TechCrunch writer Jon Stokes believes that smart guns will fail in the consumer marketplace, because gun owners will resist electronic controls that might have a possibility of failure. Such weapons also would create potential vulnerabilities that hackers could exploit, he argues.

Kia Throws Its Hat Into the Autonomous Vehicle Ring at CES

Whey to Go: Behold the Power of Cheese, Literally 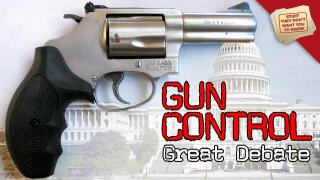 Stuff They Don't Want You to Know Video: Gun Control: The Great Debate 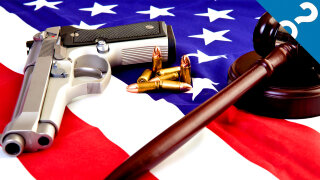 What the Stuff?!: Shots Fired: 4 Big Questions in the Gun Control Debate 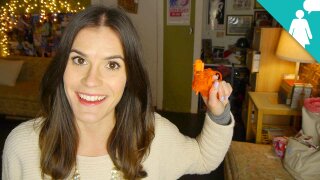 Stuff Mom Never Told You Video: Should Women Own Guns?