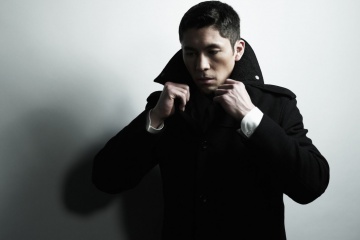 In the one-time pad system, the key is of utmost importance. If the wrong people get their grimy hands on a key, they could potentially figure out which broadcast to monitor and then use the key to decipher a message that was meant to be used against them.

This also means that the key presents a great risk to spies. If they're caught with a sheet of paper covered in random numbers that look like a secret code, they are likely to have a very, very bad time in the hands of the authorities. Thus, keys may be printed on tiny sheets of paper that are easily hidden in obscure everyday items. In the event of discovery, they're also easily eaten, set on fire or discarded.

Those kinds of extremes are probably best for Hollywood, though. These days, it's more likely that the key would be sent via some sort of digital service or device without arousing much suspicion.

Furthermore, it's likely that most spies would use more modern means of communication, if only for their expedience. But judging from the fact that governments still pay to maintain numbers stations, there are plenty of uses for their strange, monotonic messages.

A few stations may have illicit uses. One theory guesses that drug smugglers and other criminals use this system to skirt international authorities. This is especially true in the U.S., where many intercepted signals are broadcast in Spanish. The consistent sloppiness of these particular transmissions is a hint that they are lacking government oversight and execution.

But the best bet is the most obvious – numbers stations are still mostly used for the purposes of espionage. There are some very public and recent instances as evidence.

In 2001, Ana Montes, who worked for the U.S. Defense Intelligence Agency, was arrested and convicted of spying for Cuba. Investigators searched her home and found a shortwave radio, along with a code sheet that was used to encrypt radio transmissions.

In 2011, German authorities arrested Andreas and Heidrun Anschlag for being Russian spies. The married couple moved to Germany in 1988, just before the fall of the Berlin Wall, and remained undercover there until their arrests. When authorities burst into their home, Heidrun was in the middle of receiving a shortwave transmission.

Some experts were bemused by the fact that these spies were relying on such antiquated equipment in the days of satellites and email. Their continued existence, though, is proof that they're effective.