by John Donovan Oct 18, 2018
Kent and Chris McNeal attempt to salvage anything from their Mexico Beach, Florida, home after it was destroyed by Hurricane Michael on Oct. 16, 2018. The monster storm slammed into the Florida Panhandle as a Category 4, one of the strongest hurricanes to hit the U.S. since Hurricane Andrew in 1992. Scott Olson/Getty Images

The family home is gone. Everything in it, too. The savings account is bare. Insurance won't even begin to cover everything lost. Your life has been, almost literally, ripped from under you.

Disasters happen all the time, whether it's a home fire that devastates a single family or Hurricane Michael wreaking havoc on thousands in the Florida Panhandle. Left in the wake are people facing a scary future, uncertain of where to turn, not knowing how to find help and with no clue who can lend a hand.

Americans, though, are famed for coming to the rescue of those who need it. Strangers and neighbors, the federal government, nonprofits big and small, and local civic heroes all have stepped up after some of the biggest disasters in the country's history.

Immediately After the Shock

"Disaster's not something that people are prepared for," says Anthony Tornetta, a spokesperson for the American Red Cross, whose more than 150,000 volunteers nationwide respond to a disaster — whether it's Hurricane Michael or a home fire — every eight minutes. That is around 64,000 disasters a year. "Even if you think you're prepared for it, until you've actually gone through riding out a major storm or being evacuated from your house in the middle of the night for a home fire, you've never really been through it."

The first move for anyone who evacuated to avoid a disaster is to stay put until it's safe, and once you return, be careful. Then look for the help that is there. Much of that comes from grassroots, local level organizations, churches, civic organizations and town governments. The Red Cross, a national nonprofit, often works with local groups to provide food and shelter, even in small disasters like house fires. In bigger disasters, the Red Cross has a fleet of mobile response vehicles, also known as Emergency Response Vehicles, that patrol devastated areas to provide food, supplies and much needed information on the next steps to take.

In major disasters that disrupt entire communities, the governor of an affected state can request federal aid, and after the president approves it, the Federal Emergency Management Agency (FEMA) will step in to help, too. That will immediately establish links with local and state governments to get assistance to those in need.

"The state, the local government, those local nonprofit organizations are survivors' first line of defense. The local municipalities, the counties — those are the ones that can provide the immediate help," says Alexandria Bruner, a spokesperson for FEMA.

The first few days after a disaster strikes are unnerving for survivors, no doubt, especially in bigger disasters that affect hundreds or thousands of people. Sometimes no help seems available. If you can't find anyone to help — and, again, often help will find those in need; local agencies and others physically get into disaster areas to connect with those who don't know where to turn — the United Way has a service, 211.org, that will point the way. Just dial or text 211 for help in your area. (Each state has an emergency management agency, too, that can help. Here's a list.)

The first order of new business for many displaced by disaster is finding a place to stay. If no shelter is immediately available, you can text SHELTER and your ZIP code to 43362 (4FEMA). Dialing 911 is an option, too, as is contacting the local police department, though in a major catastrophe like Hurricane Michael, it may not do you much good.

Finding shelter and food is, of course, paramount. Only after that is secured can those struck by disaster start on the road to recovery.

Getting Back to 'Normal'

After a disaster, normal may be a long way away. That's something everyone touched by disaster almost immediately realizes. But to start a recovery, steps need to be taken, big and small. If FEMA is involved, it can help on some of the bigger, public efforts, providing funds to remove debris, fix roads and bridges, restore utilities and the like. FEMA, too, can provide individuals with assistance, which may include longer-term housing, unemployment assistance, legal services and Supplemental Nutrition Assistance Program for those in need. Again, people on site can point the way. FEMA may also provide money for repairs to a primary home for uninsured or underinsured homeowners.

"My biggest challenge is just trying to get the word out that we are there to support disaster survivors," Bruner says. "We want to do what we can to try to help people return back to some sense of normalcy."

Another challenge facing disaster survivors is wrangling with the anguish of what has happened and facing that long road ahead. It can be overwhelming. Local groups — churches, civic organizations, local hospitals — can help. The U.S. Department of Health and Human Services provides crisis counseling for individuals or groups and a Disaster Distress Helpline (text 66746 or call 800-985-5990). The Red Cross, too, often dispatches mental health volunteers to disaster areas. Many other organizations are there, too.

Disaster survivors face daunting challenges, both immediate and long-term, involving everything from their finances to their health. Maybe the most comforting message for those in a sometimes unimaginably uncomfortable situation is this: Help is there. Ask for it. Use it.

"The American public is a resilient group. It always has been," says Tornetta. "People in general are resilient. People are proud of what they've created in their community. We want to help them help themselves."

NOW THAT'S INTERESTING
Ninety percent of the disasters that the Red Cross responds to are home fires. The best way to mitigate the damage? "Make an emergency kit that you'll be able to take in times of a disaster," Anthony Tornetta of the American Red Cross says. "Have copies of your identification, have a safe place for your will and have a safe place for your legal documents, have extra sets of medication or your prescriptions. That kit can be used for a Category 4 hurricane or it can be used for a kitchen fire."

Rare Groundcherry Could Soon Be Everywhere, Thanks to Gene Editing 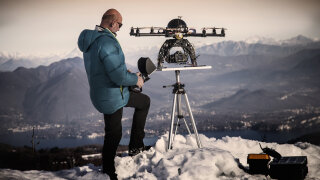 Can drones be used for search and rescue? 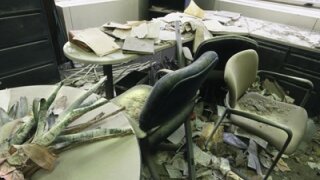 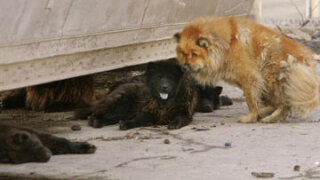 6 Anti-inflammatory Foods You Should Be Eating
January 29, 2020