How Motherhood Leaves Its Mark on the Body and Brain 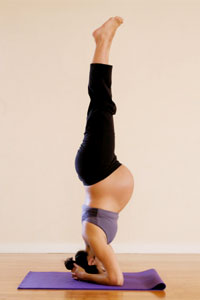 Most women don't look forward to childbirth because of the physical changes that come with it. Sure, maternity ward moms lose about 10 pounds (4.5 kilograms) immediately once the baby exits the womb, but by that point, their pre-maternal bodies are little more than memories of a bygone era [source: U.S. Department of Health and Human Services]. In the initial days and weeks following delivery, a mother's body adjusts to its baby-free state, discharging uterine tissue and blood, incision fluids, breast milk and even urine in some cases [source: Cleveland Clinic]. Even though a woman's belly isn't as distended as it was in the delivery room, stretch marks from torn collagen fibers leave behind a visible reminder that baby was there. And as if adjustment to maternal life isn't challenging enough, post-partum hormonal fluctuations tend to trigger mood swings as well [source: Wickelgren].

Motherhood can influence not only women's moods but also their cognitive capacity, as evidenced by a physiological phenomenon called "Mommy brain." Pregnant and new mothers commonly report gaps in short-term memory, forgetting simple things like where they left house keys or driving past a destination without noticing. At first blush, this might seem like yet another item on the laundry list of ways in which childbirth isn't gentle on the female form, but researchers in the mid-2000s began suspecting that the temporary mental mush may be the brain's way of readying itself for motherhood; in other words, what's often framed as "maternal instinct" may actually be an adapted neurological process [source: Sohn].

Repeated studies bear out the idea that "Mommy brain" signals a neurological makeover for new moms. Research on rats, comparing those that are mothers with virgins, have identified a flock of neurological differences between the two sets of females. Mama rats can detect and catch prey quicker, navigate through mazes faster, and exhibit lower levels of stress in threatening situations [source: Howard and Lambert]. Scientists suggest that the maternal edge may be related to brain areas sharpened by pregnancy-related hormones, including cortisol, oxytocin and prolactin, and perhaps mushy "Mommy brain" is the result of the brain literally resculpting itself for motherhood [source: Pappas].

A 2010 study from Yale University confirmed that human moms also undergo slight -- but significant -- neurological changes when they leave the delivery room. Functional MRI (fMRI) scans of 19 moms soon after giving birth and a few months down the road found enhancements in three key brain regions linked to motivation, reward and emotions: the hypothalamus, prefrontal cortex and amygdala [source: Sohn]. Along with that Yale finding, previous research has detected an uptick in olfactory neurons in new moms' brains, explaining why the scent of their babies is especially noteworthy to their nostrils [source: Pappas]. Such freshly paved synaptic pathways indicate that the mother-child bond is a unique and permanent brain function that fosters coochie coos and chin chucks.

In addition to that neurological construction project, which builds a lasting bridge between mother and baby, distinct psychological processes also influence a woman's initial desire to become a mama, as well as the sometimes bumpy adaptation to new motherhood.

Who Puts Babies Up for Adoption?

Women who elect to put their babies up for adoption are statistical rarities in the United States, according to federal data. In 2004, for instance, fewer than 14,000 new mothers out of about 4 million voluntarily relinquished custody of their children [source: U.S. Administration for Children and Families]. Additional studies have found that women in those scenarios tend to be white, upper-middle class and influenced by their boyfriends' and families' desires for the adoption alternative.