Despite the technological conveniences associated with modern family life, such as cell phones and GPS devices, being a mom or a dad hasn't gotten any easier. The following images represent just a snapshot of what it's like to dive into the exhausting and exhilarating world of parenthood in the 21st century. 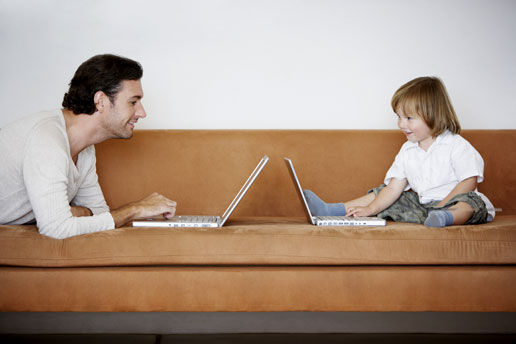 Despite the technological conveniences associated with modern family life, such as cell phones and GPS devices, being a mom or a dad hasn't gotten any easier. Rates of both adolescent and adult anxiety and depression are rising, and the societal pressure to raise blue ribbon children has swelled. But it's not all bad news out there, either. On average, American families spend more time together than previous generations, and science is uncovering fascinating biological and neurological changes that take place when people become mothers and fathers. The following images represent just a snapshot of what it's like to dive into the exhausting and exhilarating world of parenthood in the 21st century. 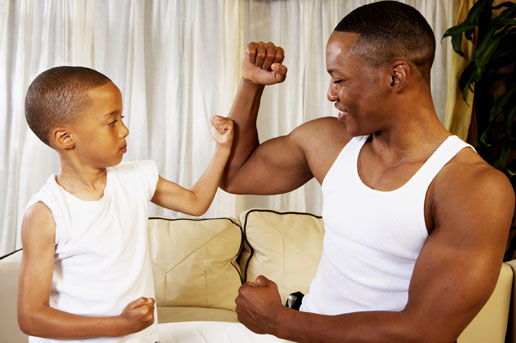 In September 2011, Northwestern University anthropologist and human biologist Lee T. Gettler published a study finding that dads have less testosterone in their saliva than their single, childless bros. Although countless media headlines spun the science as fatherhood having a negative impact on masculinity, the testosterone dip likely is a positive signal of parental investment. By tamping down on the aggression-sparking and sex drive-revving chemical that is testosterone, the male body essentially settles itself down to help raise the kids, heightening fathers' protective and care-giving instincts. 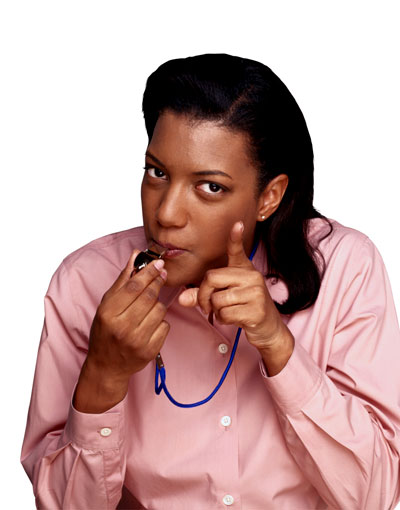 In the early 2000s, a new type of mentor emerged: the parenting coach. For a fee, parenting coaches strategize and sympathize with frazzled moms and dads who are struggling to master their children's behavioral problems and transitions, as well as general household management. But while some coaches are also licensed social workers, they shouldn't be confused with specially trained family and child therapists. In fact, anecdotal evidence suggests that the coaches are most helpful for easing parents' anxieties and reminding them to pay attention to their own needs as adults. 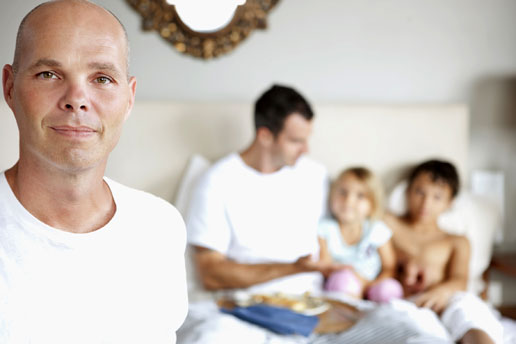 A 2010 study out of New York University found that children in loving homosexual households fare as well as children with loving heterosexual parents, since both sets of kids receive support and resources -- financial, emotional, intellectual -- from two people. In fact, lead researcher Judith Stacey suggested that gay fathers may turn out to be the best parents, since the hurdles they must cross to adopt a child speak to their commitment to fostering his or her brightest future. 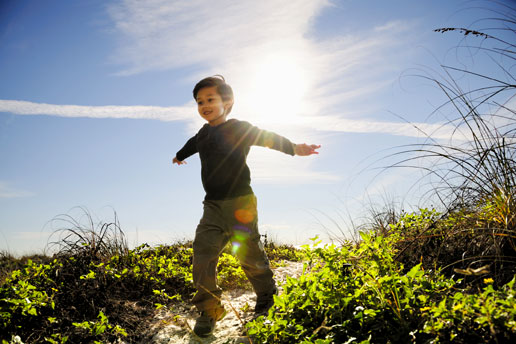 British journalist-turned-parenting guru Carl Honoré ignited a trend with his 2008 book, “Under Pressure: Rescuing Our Children from the Culture of Hyper-Parenting.” But unlike other popular parenting titles that advocated organized activities and educational opportunities for kids, Honoré espoused so-called "slow parenting," which argues that today's kids need more free time. Rather than penciling in piles of play dates and ballet practices, slow parenting advises keeping family calendars sparse to allow for relaxation and quality time together. 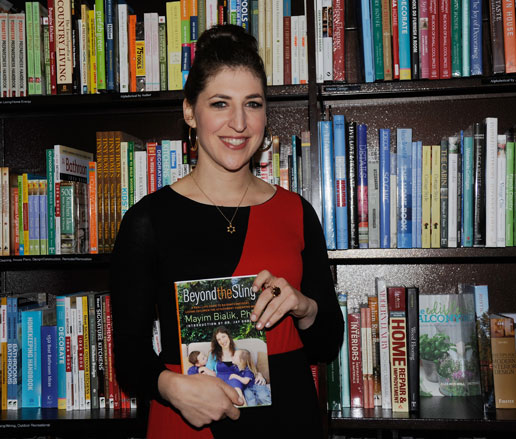 Attachment parenting isn’t all that new, but in early 2012 it received renewed attention -- and mixed public reaction -- with the publication of Mayim Bialik’s "Beyond the Sling: A Real-life Guide to Raising Confident, Loving Children the Attachment Parenting Way." In the book, the neuroscience PhD-holding television star outlined her experience with raising her two sons according to attachment parenting principles, which, Bialik writes, foster neurochemical bonds between mother and child through practices including co-sleeping, breastfeeding and transporting babies in slings rather than in strollers. 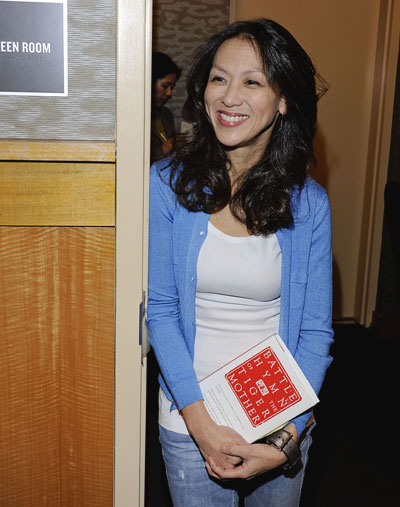 In 2011, Yale Law School professor Amy Chua became the poster mom for extreme parenting. That year, an excerpt from her book “The Battle Hymn of the Tiger Mother” ignited an online tempest over her admission that she never allowed her two daughters to indulge in typical kid pastimes like sleepovers, school plays and watching television. Although the “Tiger Mom” angle didn’t sit well with many American mothers, psychologist David Anderegg suggests that kids raised under extreme parenting methods will be fine, as long as they understand why strict boundaries have been established. 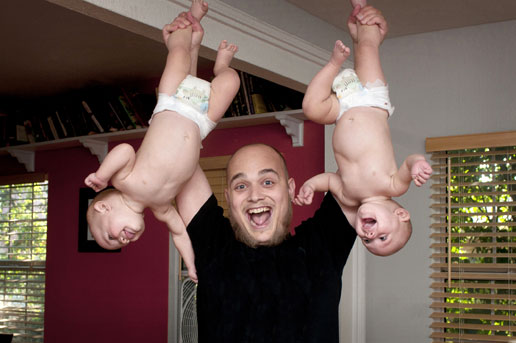 Modern dads spend more time with their children than previous generations of fathers. According to 2011 data from the Pew Research Center, married dads spend 6.5 hours each week taking care of the kids, compared to 1960s dads who put in just 2.6 childcare hours each week. Additional data from the U.S. Bureau of Labor Statistics found that, on average, American working wives provide just 17 minutes more childcare per day than working husbands. 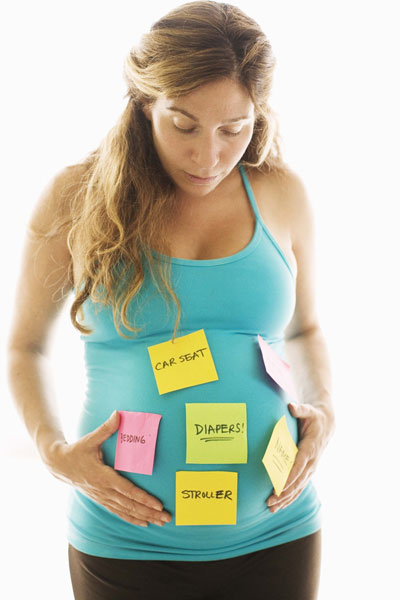 Motherhood can influence not only women’s moods, but also their cognitive capacity, as evidenced by a physiological phenomenon called “Mommy brain.” Pregnant and new mothers commonly report gaps in short-term memory, forgetting simple things like where they left house keys. Scientific evidence emerging in the first decade of the 2000s suggests that women's brains are actually sharpened by pregnancy-related hormones, including cortisol, oxytocin and prolactin, and perhaps mushy “Mommy brain” is the result of the brain literally re-sculpting itself for motherhood. 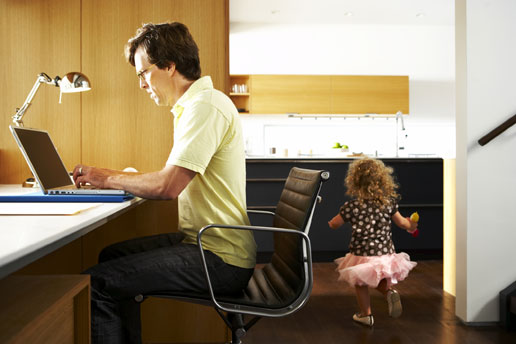 Although the media tends to focus on stress levels among working moms who juggle careers and childcare, more recent survey data indicate that working dads also have a tough time doubling as breadwinners and everyday parents. Case in point: A 2008 survey from the National Study of the Changing Workforce found, for the first time, that employed fathers actually experience more career-family conflict than working mothers. 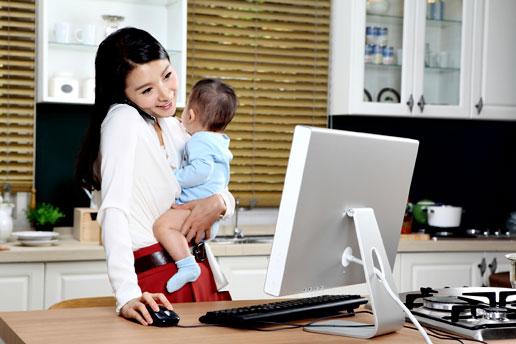 Since the 1980s, the media-fostered "Mommy Wars" have debated whether working mothers or stay-at-home mothes are happier and healthier. When it comes to what's best for mothers and their children, the answer might be somewhere in the middle: A bit of work outside the home appears good for moms -- but not too much. According to a study from the University of North Carolina at Greensboro, mothers with part-time jobs enjoyed better health and lower stress levels that their full-time and unemployed counterparts. The research, published in December 2011 in the Journal of Family Psychology, also indicated that part-time working moms exhibit greater sensitivity toward their children, participate in more school functions and foster more extracurricular learning opportunities. 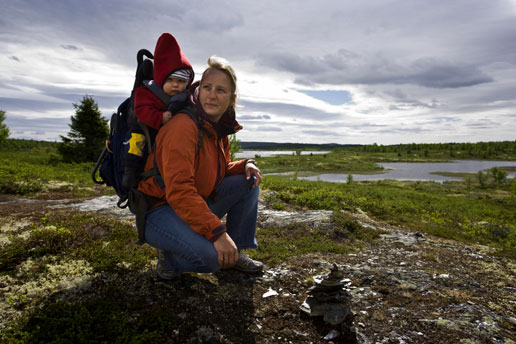 In 2011, Save the Children's annual Mothers' Index rated Norway as the best place in the world to be a mom, with Scandinavian neighbor Sweden following up in fourth place. Norway's low maternal and infant mortality rates helped earn it that coveted kudos, and its government-subsidized maternity and paternity leave policies are some of the most generous in the world. 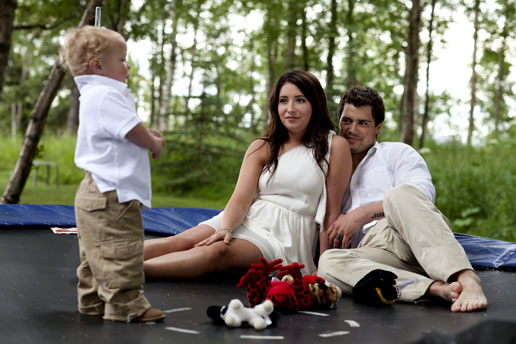 Despite the popularity of reality shows depicting struggling teenage mothers, getting pregnant before reaching adulthood is happening less often. In February 2012, the National Center for Health Statistics announced the U.S. teen birth rate had dropped to its lowest level since 1946, when the agency first began gathering data. Teen birth rates in the United States topped out at 61.8 per 1,000 women in 1991, settling down to almost half that -- 34.4 per 1,000 women -- in 2010. Countries with even lower teen pregnancy rates include Sweden, France and Canada.