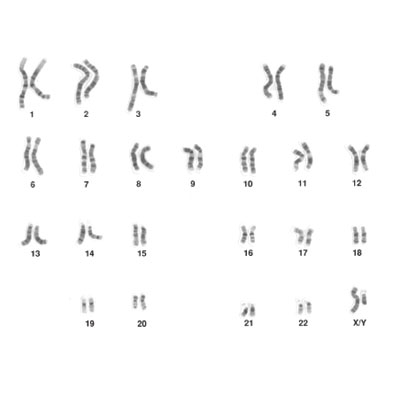 In spite of being, on average, bigger and generally stronger than women, men generally don't live as long. This is true all over the world, not just in Western countries. Some researchers theorize that this is in part due to physiological differences between men and women. It may also be related to the way men and women approach relationships. Women tend to build strong support networks that they can turn to for assistance during crises. This network may help them to live longer lives [Source: Psychology Today].

­The differences between men and women go beyond what you can see. Male and female bodies are different at the cellular level. Inside every cell of your body is DNA, which is like an instruction manual for all of your body's structures and functions. A typical human's DNA is contained in 23 pairs of chromosomes. The twenty-third chromosomal pair determines whether your body is male or a female. Except in the case of rare anomalies, females' cells have two X chromosomes, and males' cells ahve one X chromosome and one Y chromosome. You can read more about these chromosomes and how they determine a person's sex in How Sex Works.

One of the jokes that women sometimes make at the expense of men is that a Y chromosome is really a broken X. If you look at images of X and Y chromosomes, you can see how someone might come to this conclusion. A Y chromosome is a fraction of the size of an X -- it's the smallest of all the chromosomes in the human body. Its shape vaguely suggests that it's an X that has been stepped on or otherwise mishandled.

However, recent studies suggest that the Y chromosome isn't going anywhere and that it still carries important information in the human genome. It probably started out looking more like an X, but that was around 300 million years ago, when sex chromosomes first appeared in human cells [Source: ABC Online] Since then, the Y has gotten smaller as some of the genes it shares with the X have disappeared.

But several genes, particularly those related to sperm production and other physiologically masculine traits, reside only on the Y chromosome, not on the X. A gene known as the sex-determining region of the Y chromosome (SRY), for example, starts the cascade of testosterone that makes male fetuses different from females.

The Y chromosome includes a gene that relates to the brain, although scientists haven't determined precisely what this gene does. The Y also contains copies of some of its more important genes, since unlike an X it can't simply replace faulty genes by borrowing some from its neighbor [Source: BBC]. According to Steve Rozen of the Massachusetts Institute of Technology (MIT), the Y chromosome will probably continue to survive for at least 50 or 60 million years [Source: Psychology Today].

Scientists are still discovering how the differences between the DNA of men and women affect their physiology. You can learn more about these differences and other gender-related topics by following the links in the next section.

Scientists used to believe that all embryos were female until their eighth week of gestation. However, recent studies suggest that the differentiation process is active for both sexes. Instead of one process that makes female embryos male, there may be two completely distinct processes, one for boys and one for girls [Source: Nature].