Modern Matchmaking and the Business of Love 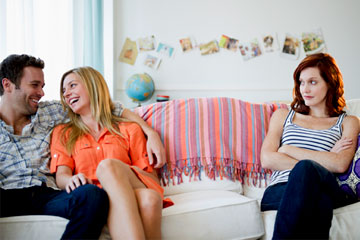 Unlucky in love? It might be time to call in an expert.
Jamie Grill/Getty Images

By 2015, online dating had ballooned into a $2 billion global industry with millions of Americans crafting clever profiles, filling out surveys and scrolling through pages of singles in hopes of stumbling on a special somebody [source: Strauss]. Dating sites have become a routine facet of modern love, no longer the stigmatized virtual outlet for only the most desperate or undesirable. Real-world matchmakers attribute much of their face-to-face businesses' success with the popularity and attendant drawbacks of online dating [source: Hicken]. Many anecdotes from men and women who have turned to professional matchmakers include online dating horror stories that compelled them to hand over their love lives into more responsible hands than the Internet.

The Matchmaking Institute, possibly the only place in the U.S. which trains people in the fine art of fixing up, estimates that there are 3,000 such professionals in the United States as of 2014, and that number has likely risen since then [source: Lucadamo]. The industry is dominated by women who may have been formally trained through the Matchmaking Institute, parlayed expansive social networks into a profitable service, or inherited the itch to teach adults how to date from a familial interest in matchmaking.

One of the most famous matchmakers in the United States and star of the hit reality television series "Millionaire Matchmaker," Patti Stanger began getting couples together in the seventh grade [source: Garone]. Her early start isn't terribly surprising, either, considering both her Jewish mother and grandmother established themselves as local matchmakers in her New Jersey hometown. Meanwhile, Janis Spindel, founder of Manhattan-based Serious Matchmaking, Inc., ditched a career in the fashion industry after reportedly pairing up 14 serious couples in a single year [source: Rowland]. Both claim impressive results: Stanger reports a 99 percent success rate, and Spindel says she has sealed the deal on more than 900 couples since 1993 [sources: Garone, Rowland].

Name-brand professional matchmakers like Stanger and Spindel also do well for themselves financially. Unlike online dating sites that are free to join or charge nominal fees, professional matchmakers don't cater to a frugal crowd. Stanger's Millionaire's Club, for instance, costs $45,000 for a yearlong membership, but clients can fork over more than $100,000 for the "platinum package," which features more personalized services and individualized attention. For a more representative price point, matchmaker clients typically spend about $5,000 per year on these dating services [source: Coffey].

Where are people most likely to hire professional matchmakers in the United States? The following top markets (according to a 2009 survey) may surprise you [source: The Matchmaker Institute]: