LSAT, Law Schools Just Aren’t That Into You Anymore

If you've ever considered applying to law school, or know someone who has, then you've likely heard of the LSAT. The Law School Admission Test goes hand in hand with acceptance into a graduate law degree program. However, that relationship is now being challenged by some of the top law schools in the United States.

As of fall 2017, Harvard, Georgetown and Northwestern no longer require the LSAT for acceptance into their law school programs. Their decisions follow that of the University of Arizona, which became the first American Bar Association (ABA) law school to accept the Graduate Record Examination, or GRE, in 2016. Potentially dozens of other schools are now considering it, and this could lead to widespread changes in law school admissions. The Educational Testing Service, which produces the GRE, is working with 14 law schools on validity studies to show the reliability of the GRE for law school admissions. ETS is also working on a national study.

Admission tests are used to predict the success of applicants during their first year of graduate school, but whether that test must be the LSAT is open for debate. The ABA guidelines state, "A law school that uses an admission test other than the Law School Admission Test sponsored by the Law School Admission Council shall demonstrate that such other test is a valid and reliable test to assist the school in assessing an applicant's capability to satisfactorily complete the school's program of legal education."

After reviewing the results of a December 2015 study by Educational Testing Service (ETS), the University of Arizona discovered that, for students in Arizona Law's Juris Doctor program, performance on the GRE was a valid and reliable predictor of students' first-term law school grades. Similar studies on the efficacy of the GRE conducted by Georgetown, Harvard and Northwestern also were done to comply with ABA admission standards, which require law schools to either use the LSAT or another test the law school has determined to have "validity" in predicting student success.

Adding to its appeal for applicants, GRE testing is more readily available than LSAT testing. Commonly, LSAT testing is offered only four times a year. In contrast, GRE test dates are scheduled more often — the computerized test is available nearly every day, although there are restrictions on how often a student may repeat the test.

Having one admission test as a point of access to graduate degrees may attract potential students with expertise in wide-ranging areas, from technology to journalism. Many students already have taken the GRE for graduate school in another discipline, so adding the LSAT for law school admission means extra expense — and an additional barrier, said Marc L. Miller, a dean at the University of Arizona, in an interview with Bloomberg Law.

"We believe that law schools and the legal profession need a greater number of high-quality applicants with the widest range of life, educational and professional backgrounds," Miller said. "Having only one admissions test as an access point automatically reduces that number and puts us out of line with every other profession and academic discipline, none of whose regulators require any standardized test for admission, much less a single test."

It may seem as though the tide is turning, with an increasing number of law schools allowing the GRE in place of the LSAT. However, the ABA is considering a rules change that would permit law schools to use alternatives to the LSAT only if the ABA has determined the validity of the alternative test. As of December 2017, the ABA has only done so with the GRE. The idea is getting pushback from law school deans who don't want their admission options limited, but Law School Admission Council (LSAC), the organization that administers the LSAT, is holding fast.

"We believe in innovation and experimentation and certainly anything that would open access and improve legal education and the profession," said Kellye Y. Testy, president and CEO of LSAC, in the journal Inside Higher Ed. "But we are concerned with how quickly schools are jumping to the GRE without any reliable studies of what it means."

Testy also voiced concerned that the validity studies cited by law schools accepting the GRE are too small to deliver widespread data. "We would like them to take a little more time to study what this means," she added.

As the controversy grows, support for the GRE as an LSAT replacement may grow, too.

"For me, the interesting question is whether accepting the GRE would attract a different pool of applicants — more racially and ethnically diverse — or students with different skill sets, experiences or expertise," said Catherine Christopher, assistant law professor at Texas Tech University School of Law in an interview with the American Bar Association Journal. "I think communities benefit tremendously when their lawyers and law students reflect the characteristics of the population as a whole."

Now That's Interesting
According to the American Bar Association, of all 50 states in 2017, California had the highest resident active attorney count, with 168,746, behind New York, which came in with 177,035. American Samoa had the fewest resident attorneys, with just 59. 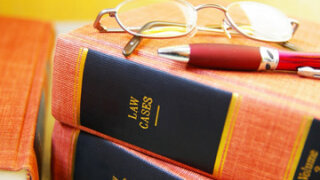 How the LSAT Works 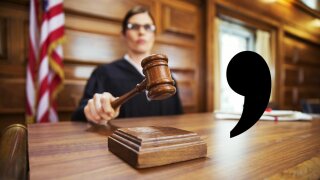 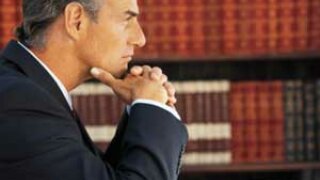